Sometime 1983; first time I visited Kudala Sangama with Deepak, Mom, granny, one of maternal uncles and granny's sisters. We had travelled in a Tempo Matador. That was the first time I'd ever seen a Sangama ~ confluence.
October 2009, this visit I was travelling alone. I left Dharwad around 4:30AM, I had to take a round-about route ...Belgaum, Lokapur, Bagalkot and Kudala Sangama. Around 10AM I was driving through flood ravaged areas. Kudala Sangama is few kilometers from here; many field were flooded, destroying standing crops and rendering many fields unfit for cultivation for days to come. 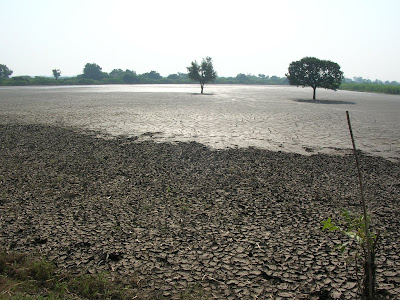 Actually I was not at all happy to see all this so called developments ...all I could see was cement every where ...disappointing. During my maiden visit in 1983 the temple was almost in it's original condition and the protective wall around Aikya Mantapa was under construction however, on that day there were no workers. I had climbed up the scaffolding and I got a glimpse of the Mantapa down below but I was not brave enough to descend the unfinished cement steps leading down.

During this visit Krishna was right upto the brim, there was water as far as I could see ...it seemed like one lake. 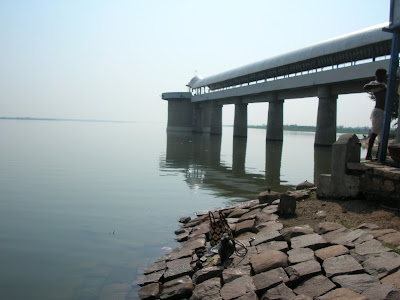 The long pending wish to see the Mantapa came true. The 'well' smelt damp. Recorded Om Namah Shivaya reverberated ...actually it helped people reign in concentration towards the Aikya Linga under the Mantapa. Again I was disappointed to see marble tiles and cement ...I wonder why man is so obsessed with cement. Anyway, I wanted to make the best of the visit, I touched the Mantapa ...I do not know if I'll ever visit again. 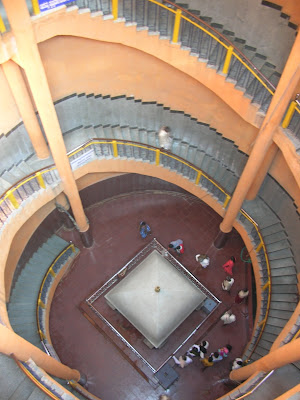 This is where Basavanna attained Aikya.. hence the name Aikya Mantapa. 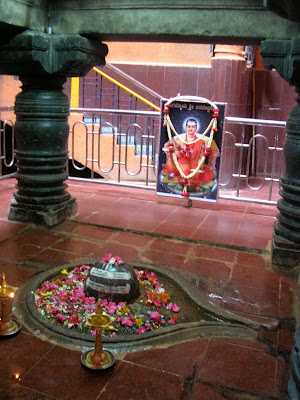 Sparrows fly in and out chirping noisily. I was happy to see them, they are fast vanishing in cities ...I've heard many say that cell phone signals affect them and many die because of the exposure. 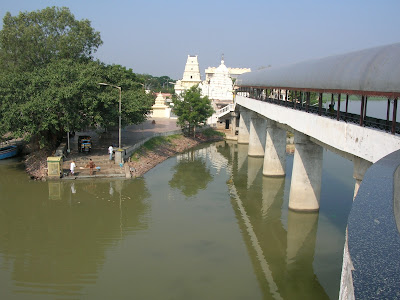 During my first visit I vaguely remember having lunch under the tree which is still standing there. Water level was way down and I had walked right down and washed my hands and feet. I had found a small stone Shiva Linga and shown it mom and grannies as if it was a great discovery. My granny's eldest sister whom we used to call Nallur Ajji told us to put it back where ever I found it. We were not supposed to take them. 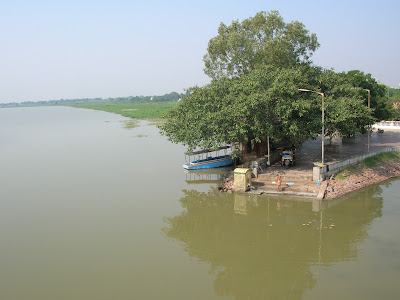 Girls from local villages sell curds set in little black mad pots. I had three of them ...that was my breakfast. 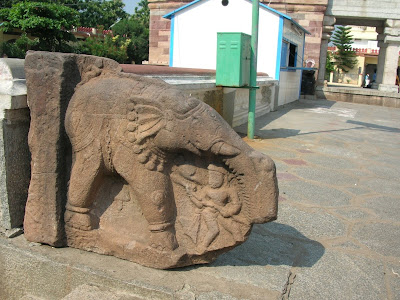 I decided to move on, my next destination was Bijapur ...but I stopped on of the many tourists attractions ...a historical scene was recreated ...horses, king, courtiers, maids, etc. As I got out of the car and walked towards the place I felt I just did something stupid. I felt my pockets- no car key. I was locked out! Even the spare key was in the wallet which was safely tucked in one of the two bags. Great!! I walked to one of the shops, told about my problem and asked them to lend me all vehicle keys they had ...nothing worked and a small group had gathered . Somebody suggested that one of the drivers here had more keys and lo he appears as his name is taken. Our man seemed magical, he unlocked the front right door. I thanked the whole group and made sure I always locked using the key.

Soon I was at Kudala Sangama cross on NH13. Memories of Gulli and I having local food in a small hut came back. I was retracing the same stretch of the Highway we had ridden my Splendor back in Feb 1996 but the road was much better back then.