...driving from Galaganatha temple towards Aihole. I noticed a rock-cut temple on my right similar to Ravalaphadi. That temple was a Jain Basti what locals refer to as Myanada Basdi. After spending about 45 minutes at the rock-cut Basadi, I move on towards Aihole only to stop again to check out Boyar Gudi.

Boyar Gudi is a simple temple sans Shikhara, built on a raised platform. The Sabhamantapa has a symmetrical sloping roof.. 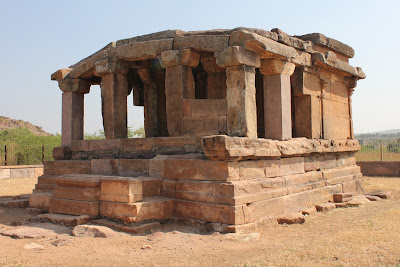 The exterior is plain except for few sculpting of animal forms. 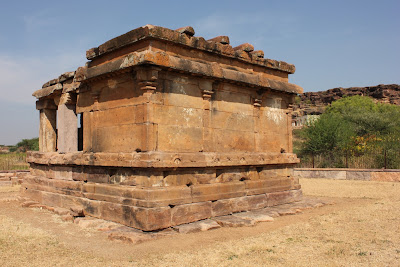 An elephant. No idea what it's holding on to with its trunk. 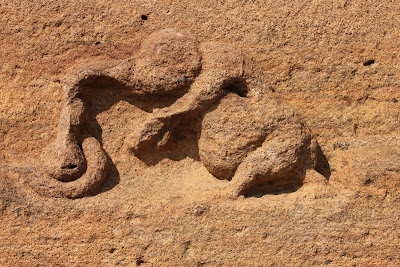 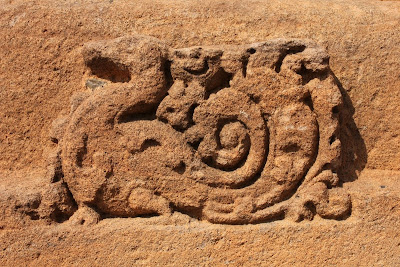 I do not remember seeing a deity in the Garbhagudi. I notice another temple close by and walk down.

This temple has a wide Sabhamantapa. Exterior walls are plain. 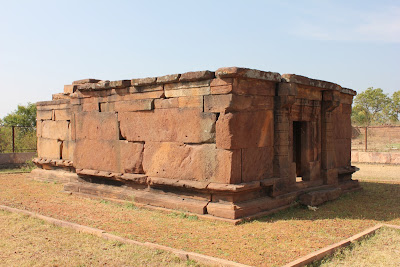 A very closed and serious type of temple. 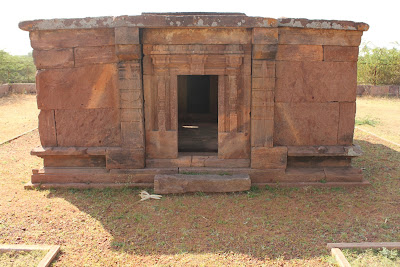 Part of the roof is missing. The interior has turned pillars and Garbhagudi doorway is decorated with a stone mesh wall. 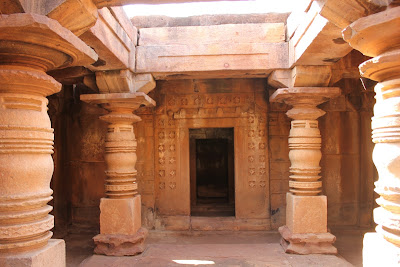 No information boards for both temples. My aim was to visit every temple of Aihole. 125 of them. Lets see how many visits I'll have to make to cover all temples.

Just as I entered Aihole, on the left hand side is another well maintained temple- Huchchappayana Matha.

A board gives out some information: There are two sectiona at the Huchchappayana Matha. The first one has a temple and the second, a structure called Matha, The temple here has sculptures on its outer walls, columns and inner ceiling of superior workmanship. The door frame of the Garbhagriha is very well wrought, with Ganga and Yamuna images. There are also some impressive figures of amorous couple. The Ganga-Yamuna images at the main entrance are in a triple bend pose. Outer walls have many interesting beautiful secular sculptures and of amorous couple. The ceiling on the mantapa has impressive Trimurthy sculptures. To the east of the Matha is another east facing shrine. The pillars here are plain. There is an inscription dated 1077 AD. 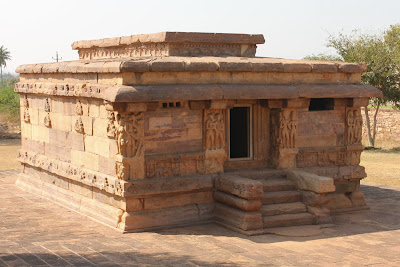 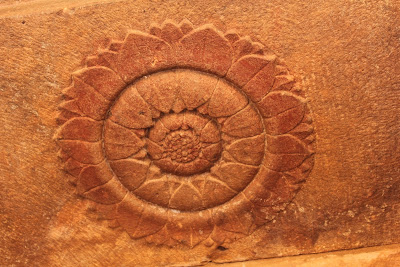 Woman's body with a horse's head. According to a guide this is supposed to signify love is blind. 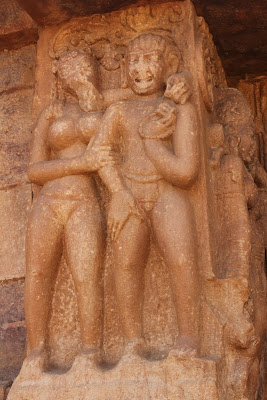 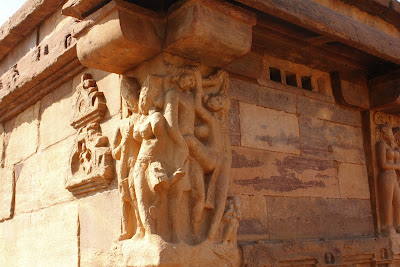 Another couple. They have no clothes but plenty of jewelry. Fashion of those days? 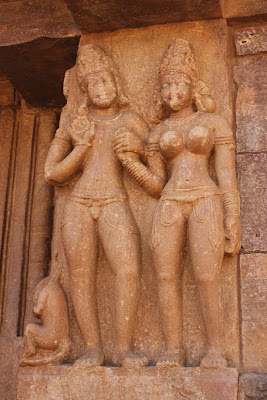 This couple have draped some very light fabric around their midsections. They have a different hair-style too. 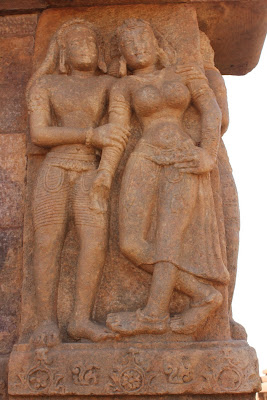 These two characters must be Ganga and Yamuna flanking the temple doorway. 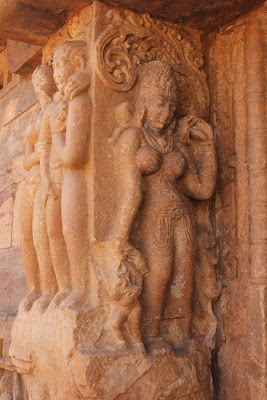 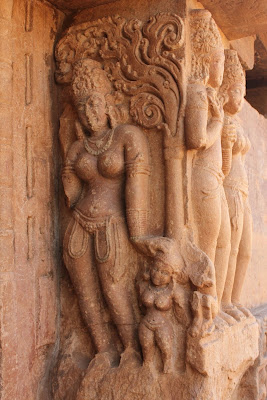 Side and rear portions of the temple are pretty plain. 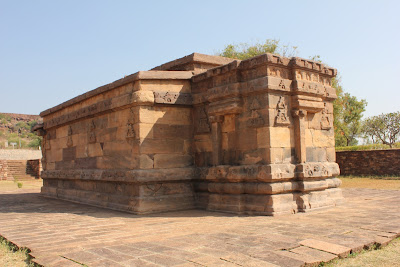 The shrine behind Huchchappayana Matha where Halagannada inscriptions are found on pillars. 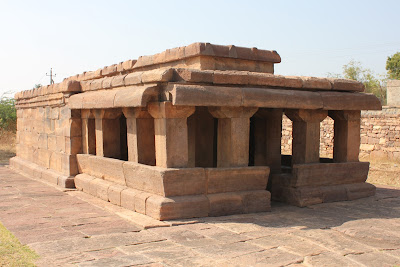 Solid square section pillars support the roof. Pillar on the right has an inscription. 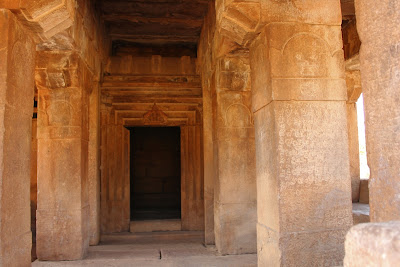 Closer look at the inscription. 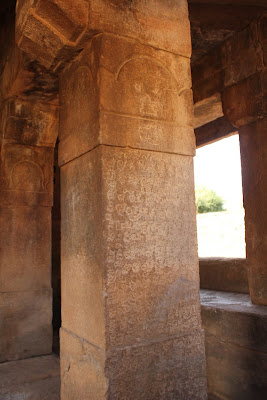 I'm really hungry now. Unfortunately Aihole does not offer options for food. There's one Khanavali near Chakra Gudi but the lady who runs the place insists on ordering by paying an advance and wait for 30 minutes for food to get cooked. The other option is to have snacks at any of the three eateries close to Durga Temple Complex. I opt for snacks followed by Limbu-Soda. It's a good idea to have lime-soda after snacks. It takes care of dehydration and lemon-salt combo is energizing.

I had planned to spend few hours at Durga temple and the museum. It was a Friday and ASI museums are closed, all over India. If you are keen on visiting museums avoid trips on Fridays. This is probable my fourth trip to Aihole, yet there's so much to see.