Jan 3, 2015
1990s I'd travelled between Bengaluru and Kurnool countless times and those days Penukonda did not have a bypass road. The highway passed right next to the fort wall yet I never ventured into the town to explore the ruins :( Today, driving alone from Bengaluru to Hyderabad I stopped at Penukonda with an intention to see the fort. At the fort entrance, on the wall's granite blocks were a bunch of inscriptions in either Kannada or Telugu. Driving in further I saw several temples and a palace named Gagan Mahal. Right opposite Gagan Mahal is Thimmarusu Bhandikana ~ Thimmarusu's jail. I realized Penukonda fort occupies a vast area both on plain land and on hills.Today within the fort are temples, wells, tanks, watch towers, a palace and a jail - all built during the empire's glory days. Without doubt Penukonda was an important place of Vijayanagara empire. 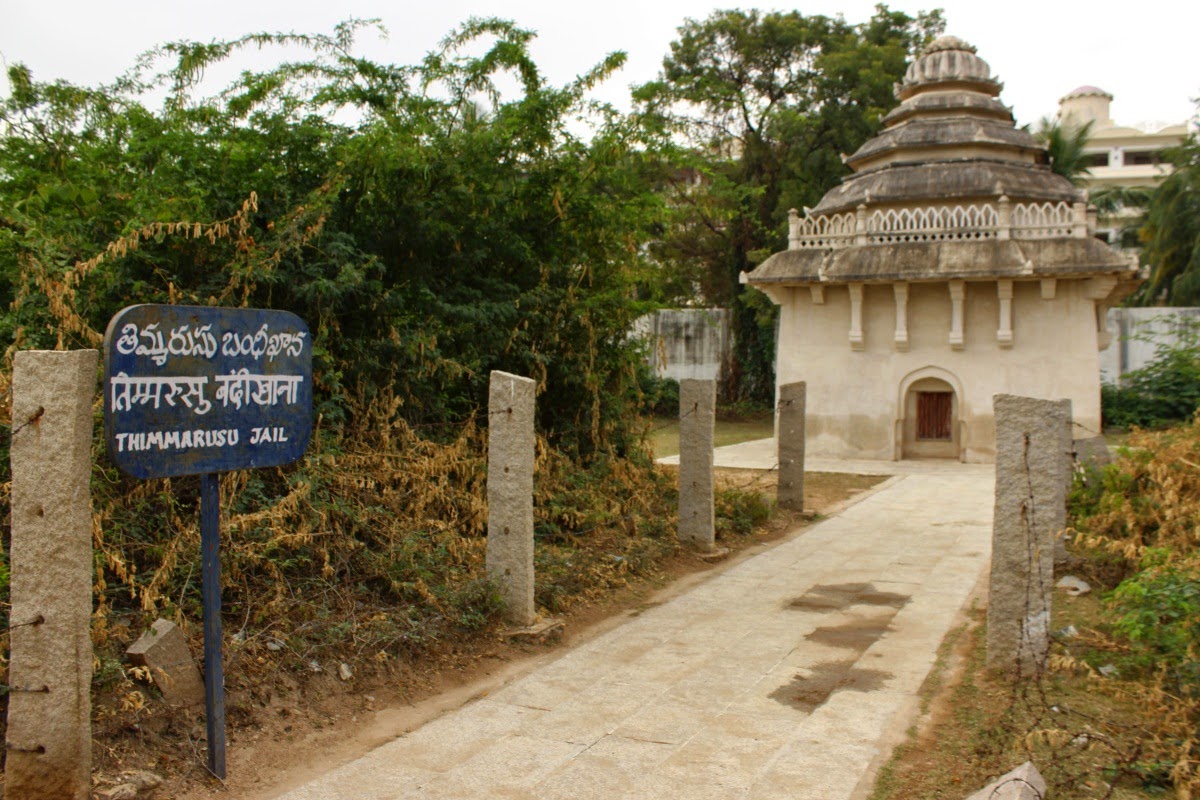 Though a jail building, the structure is simply beautiful. The floor plan is square, the four walls are almost plain except for beam ends jutting out of them, All four walls have short arches at the middle with shutters; one of them will be a door while other three would be windows. For a door, the passage is really narrow and low. The roof is a eight-sided stepped pyramid. The roof has a balcony too.. wonder if it has a staircase. 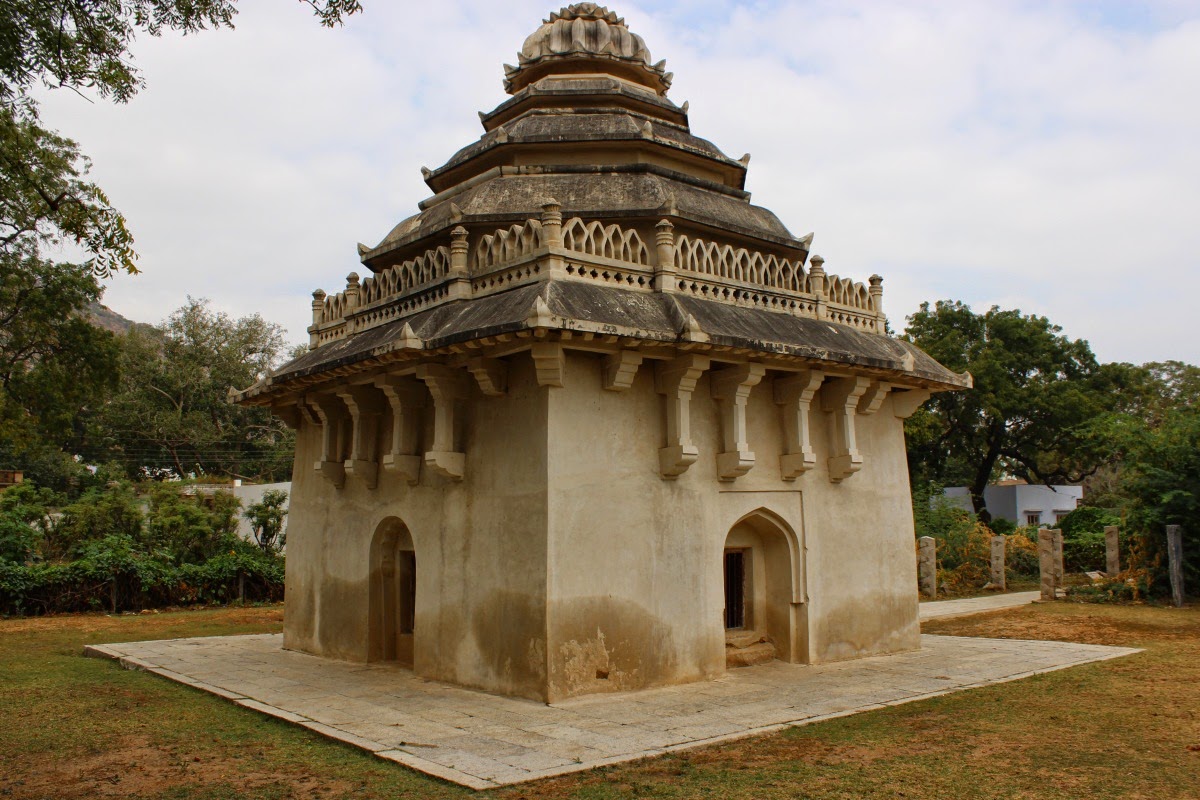 The roof's summit  is a lotus-shaped creation. The piece is identical (in shape) to the cap-stones pieces of Chalukyan temples at Aihole and Pattadakal. 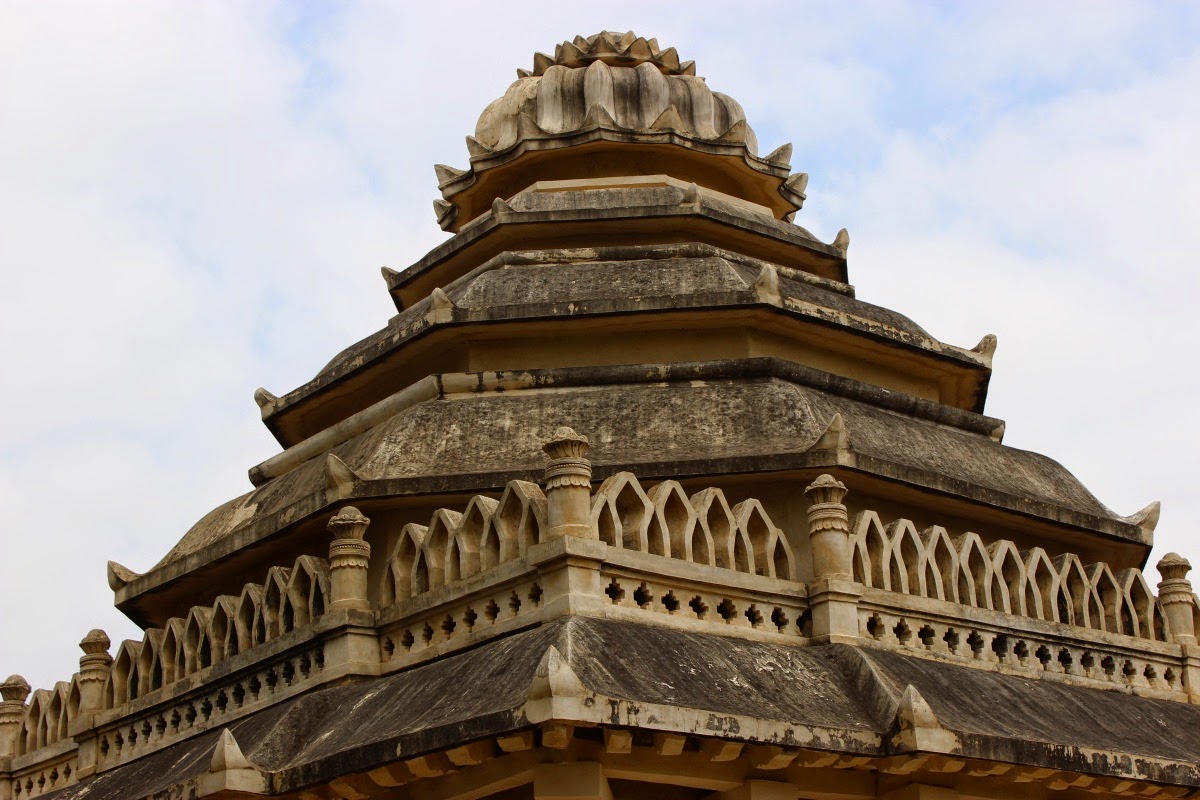 The roof is held by an array of beams. Four beams are outside the walls supported by columns in the walls. Brilliant piece of engineering. 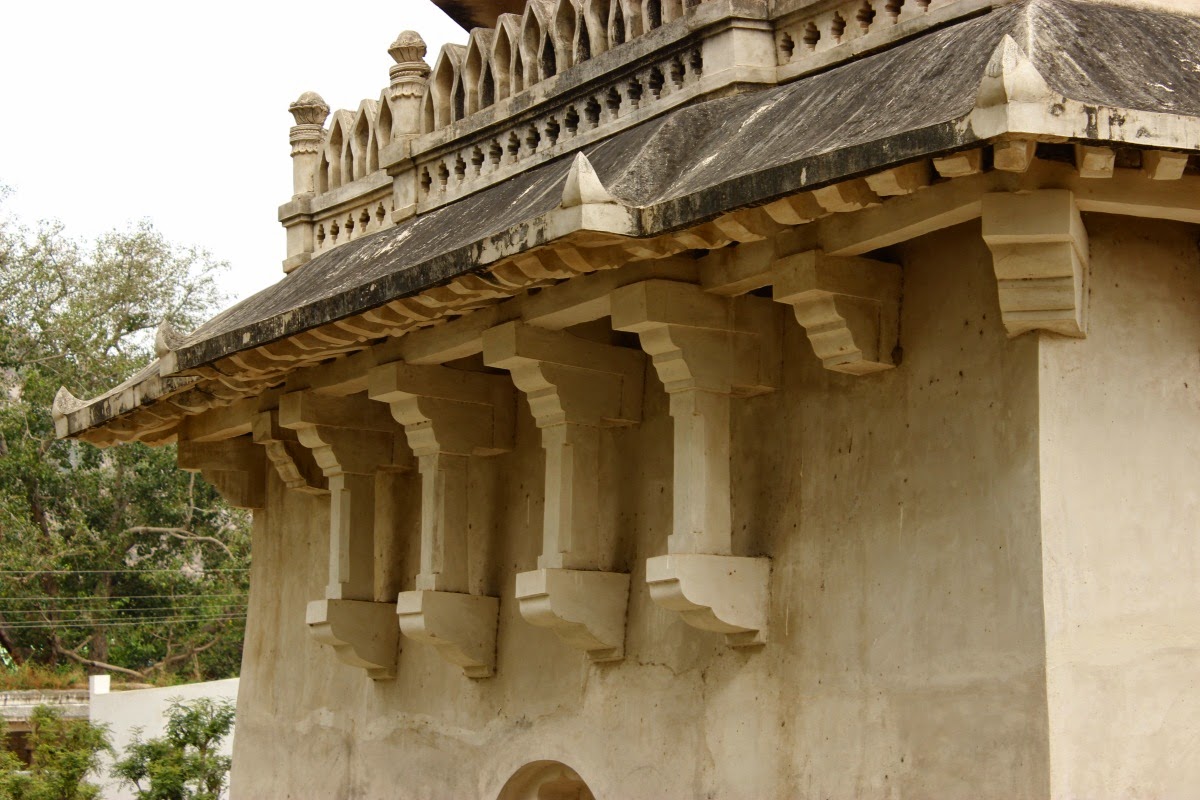 This is the Gagan Mahal, the summer palace of Vijayanagara rulers. In the background is the hill on which the ruins of fort can be seen. The palace gate remained locked well into its open timings :( Hope to see the inside of the fort some other day. 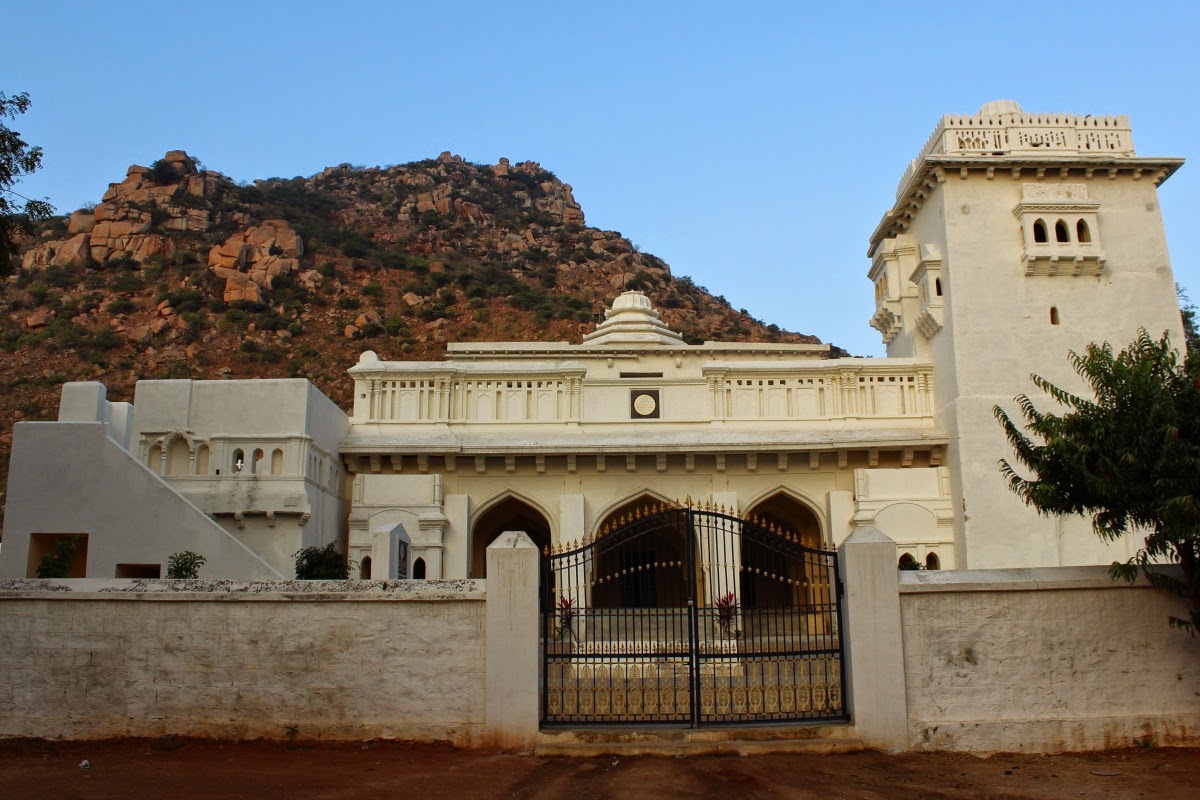