Sept 2, 2018
We left Hyderabad around 5-15 AM and reached Basavakalyan around 7-30. Our plan was to see the 108 feet statue of Basaveshwara first but the garden wasn't open for public yet. So we had tea and then drove to Anubhava Mantapa, about 2 kms away. Anubhava Mantapa is situated in a elevated spot with open space all around. The place has a peaceful ambiance, as of now. Here we are.. looking at the arch welcoming visitors to Anubhava Mantapa. 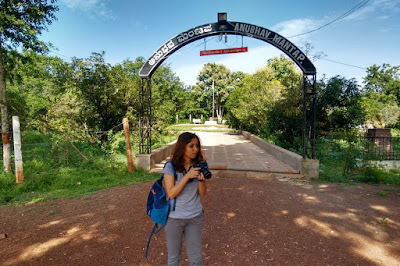 Its a small building with a replica of Shiva Linga on the roof. There was a small group of Muslim clerics from Aligarh, UP had just entered the premises. They were here to learn about Basaveshwara and Veerashaiva faith. 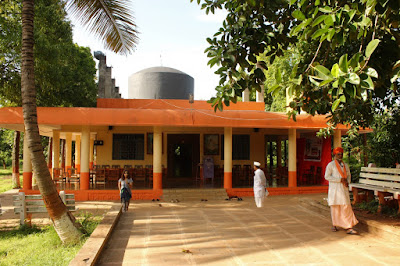 This is the simple hall of Anubhava Mantapa.. simple living, high thinking. 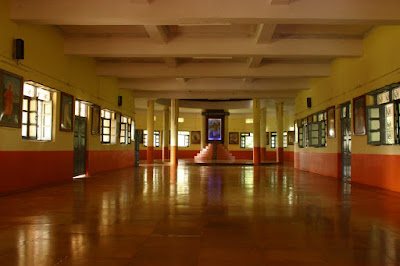 At the end of the hall is a circular platform with a stepped pyramid on its rim. This a symbolic structure. Originally, it was a much higher platform, at its summit sat Allama Prabhu presiding over the conference of Shiva Sharanas. 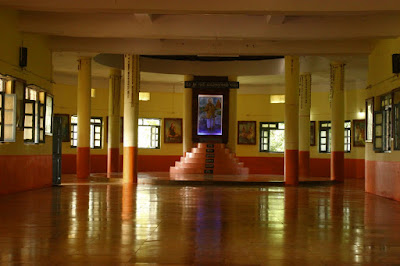 Beautiful image of Jagadguru Basaveshwara on the highest seat. 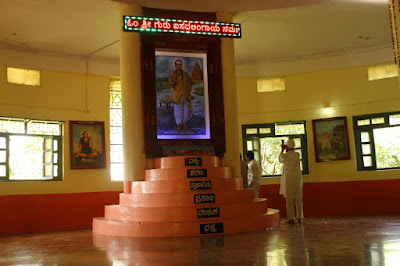 Another view of the hall. Caretakers are dedicated to their duty.. work is worship is the maxim of Shiva Sharanas. 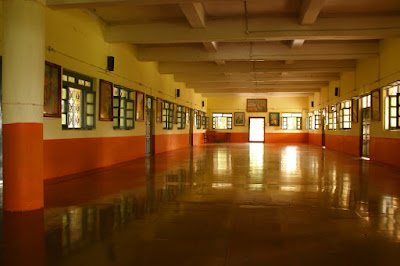 Here's a short video of a local person narrating XII Century stories of Kalyana revolution to the Aligarh group.


The Muslim group were completely engrossed in the narration. They must have developed admiration for the ways of Shiva Sharanas. 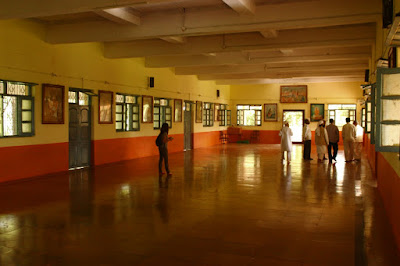 The picture over the doorway is a depiction of the conference presided over by Allama Prabhu. The pictures flanking the door are of Madiwala Machayya and Dohara Kakkayya. 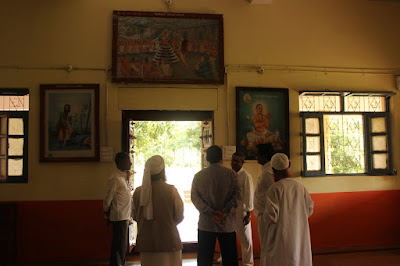 Its always good to see the pictures depicting stories of Shiva Sharanas. Helps remember the great characters who were instrumental in the social revolution.

We decided to move on since we had planned to see many other spots within Basava Kalyana. Adjoining Anubhava Mantapa is a ground bordered by Neem trees. We found a cool spot for our breakfast.. chapati, sprouts and curds. Simple, good home food :) 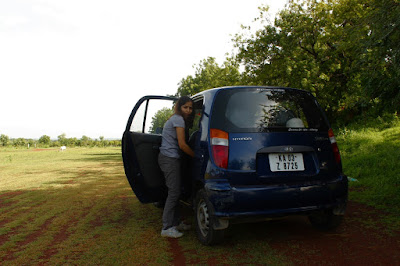