Praveen and I came here in 2003. We were here to inquire a weigh bridge requirement for APMC, Basavakalyan. We did not follow up closely...

We decided to go sight-seeing. First Basavaeswara temple and then to the fort, it's a very interesting place. We met a bunch of school kids playing in the fort's ruins... actually it was in pretty decent shape then. This is one fort where you can see varieties of canons, some artistic and intricately designed. See the one below- a short stubby one but look at the size of the bore. I wish I could see it in action. Pardon me for the bad pictures. If you look close the handles are fish shaped. Some more canons had fish handles. 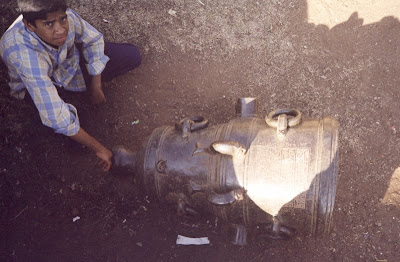 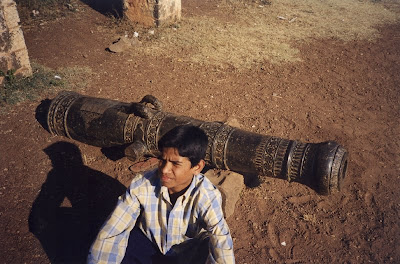 This is the mosque courtyard, during our visit it housed a Urdu school. In spite of people living close by the buildings are pretty good condition. In the middle is a water fountain, of course no water. 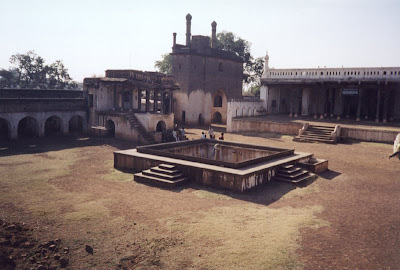 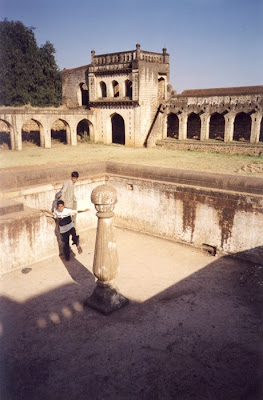 This is the on top of the gateway tower. The mosque complex acted like a massive gateway for the fort entrance. It was a Friday and the fort gates are kept locked! We were in no mood to give up... we got the watchman to open the gate for us. He let us in with the kids and locked the gate!! 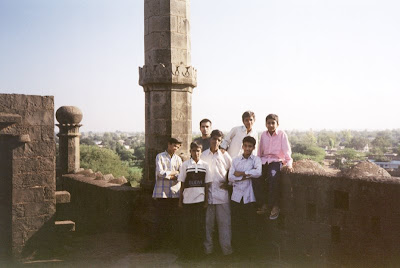 That's the fort complex. It's surrounded by a moat pit. 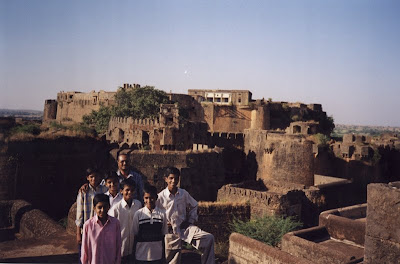 This looks like a royal courtyard where the king would be relaxing in the evenings... features some what similar to Bidar Fort's but much more emphasis on artistic decoration. 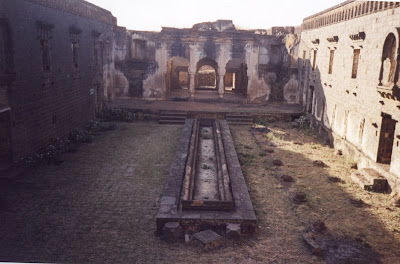 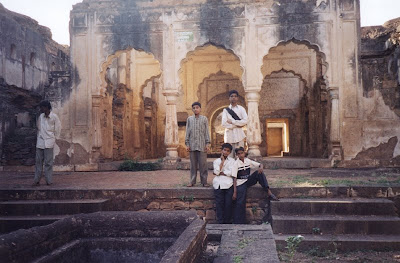 This is the the biggest canon... it has similarities to the a canon in Bijapur, the one that's supposed to be an alloy of five metals. The alloy has certain qualities- does not heat in the hottest of weathers, does not corrode, can withstand the worst of natures forces. 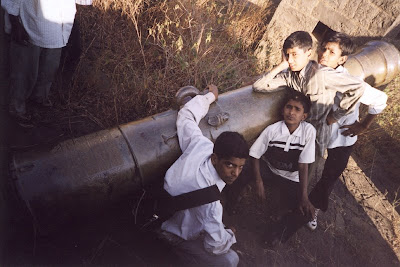 I was awe-struck by this particular canon. Just look at the mouth of the canon; such a beautiful creation to destroy something else! This canon was almost in the original condition, the swivel action still worked. Later I  learned this cannon is called Kadak Bijli Tope ~ Strong Lightning Gun. 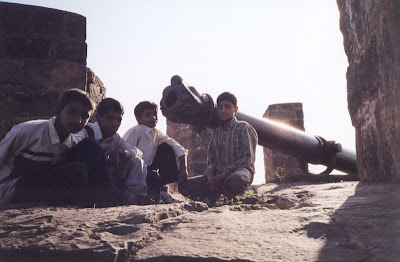 We sent copies of the pictures to these boys but I cannot recall their names. They were perfect guides.