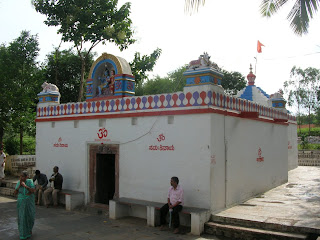 Since the temple sees regular maintenance- repairs and whitewash -it does not seem ancient. Once you step across the threshold and doorway, you'll notice the interior is still stone finish. 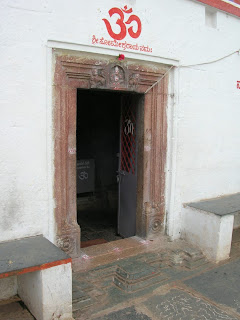 The Swami who performs pooja told me that the Shivalingu is a natural formation and not man-made. 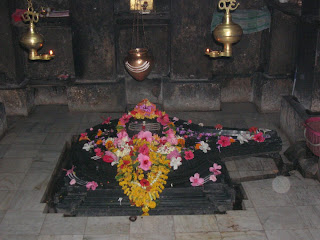 Basavanna with jewelry around it's neck. 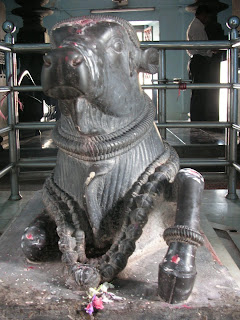 The raised foreleg is unique ...I've not seen this in any of the other Basavanna. 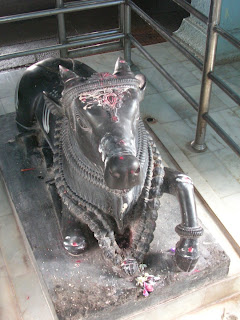 One of the four columns in the Sabhamantapa. 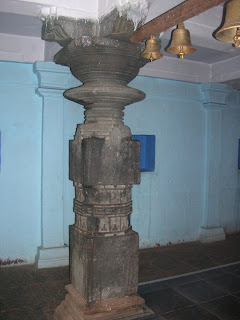 As you see the shikhara is a stepped pyramid. 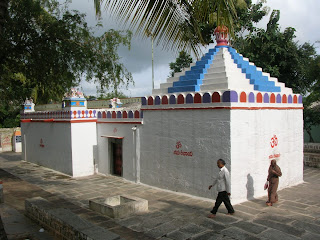 This smaller structure is a Anjaneya temple. 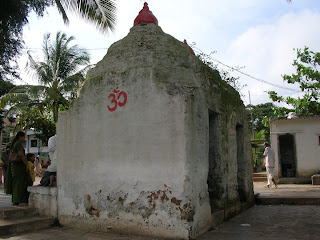 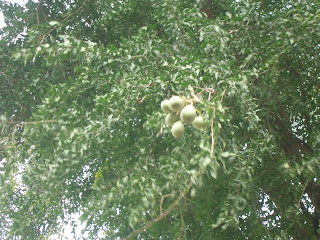 and a Banni tree. 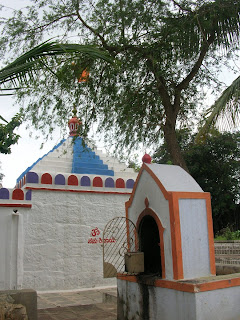 The temple is situated in a shallow valley. These hills... the hill range marks the border between the Bayaluseeme (plains) and Malanadu (hilly region). 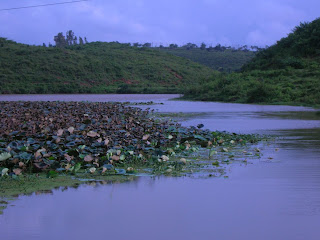 The lake is generally known as Someswara Keri. About 25% of the water surface is covered with lotus plants. 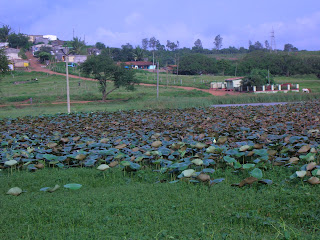 A stone's throw from Someswara Gudi is the birth place of river Shalmala. The river's starting point is in the small temple on the edge of the pond. The water which collects in the pond flows out for a short distance and goes underground. 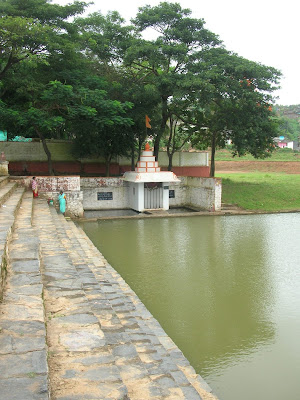 Shivalingu and the temple caretaker. 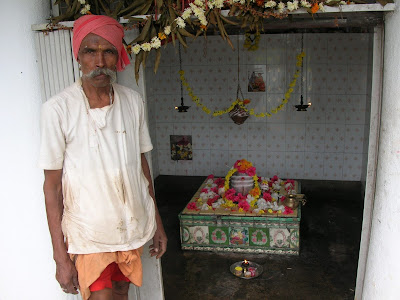 People, with a belief to wash away their problems, come here to take bath in the holy water and offer prayers at the temple. 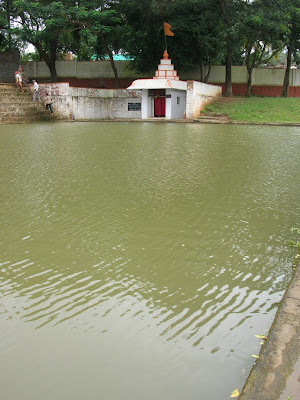 Like any other Shiva Temple, there's a Bilva Patri tree with couple of ancient sculptures. 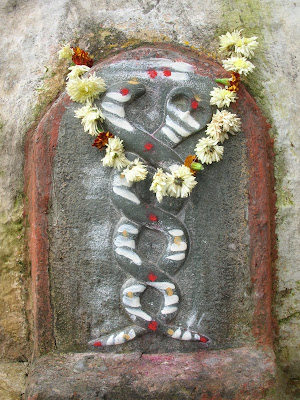 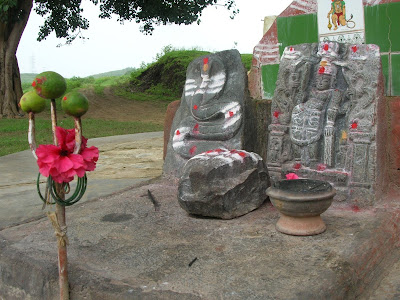 The pond water overflows in a trickle, flows about 40 feet ...gets absorbed back into the earth. 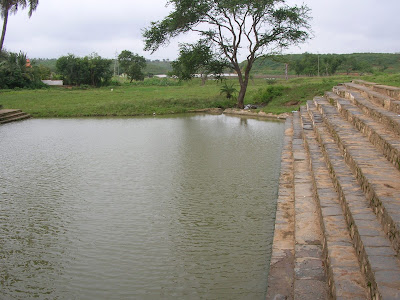 Few years back this valley was a silent place, away from the hustle-bustle of the city. Like any other city, Dharwad is growing rapidly ...swallowing it's surrounding hills, lakes, farm land and villages. :(

Nice place I visited it today itself...

How to reach to someshwar temple and shalmala river ugamastana from hubli. Guide me. I'm going by local bus.

Alight at Toll Naka and you'll have to take an auto rickshaw to reach Someshwar which is situated behind SDM Engineering College.A beautiful and silent place to visit with Family.