Haralahalli, also known as Haralalli is a village on the banks of river Tungabhadra in Haveri district. Haralahalli's Someswaragudi is another fine example of Chalukyan architecture. This ancient temple is surrounded by agricultural plots and remains hidden. The temple can be easily missed even though it is quite close to the state highway connecting Guttal and Harapanahalli. 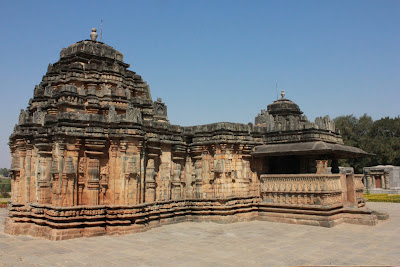 The temple caretaker was present here. He's done a good job of maintaining the temple premises neat and tidy. Rear portion of the temple has evidence of repair work. However there's no information board. 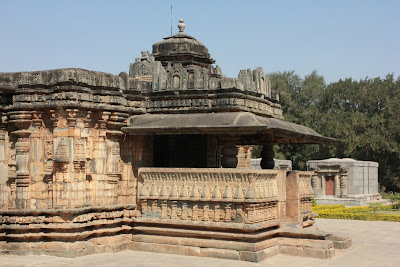 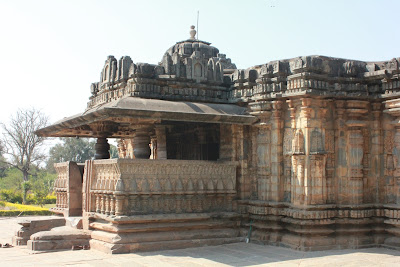 One of the Shikharas. 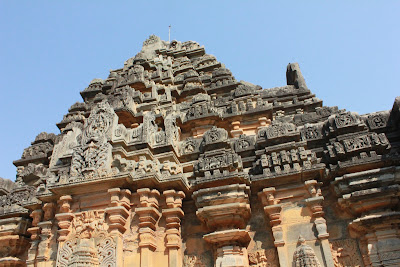 A human body and a horse's head- that must be Hayagriva, the god of knowledge and wisdom. Hayagriva is considered an Avatar of Vishnu. 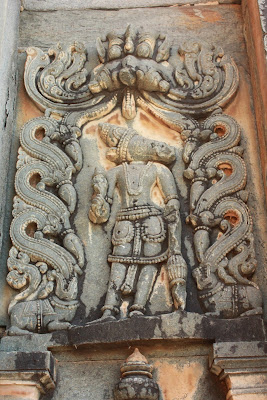 This must be Boovaraha, another Avatar of Vishnu. 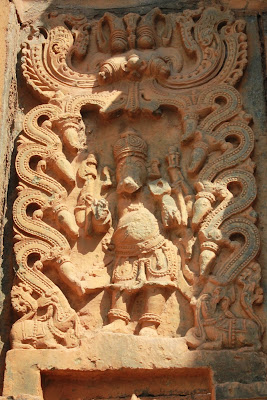 This couple must be Rama and Sita. 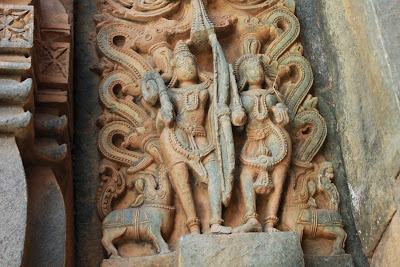 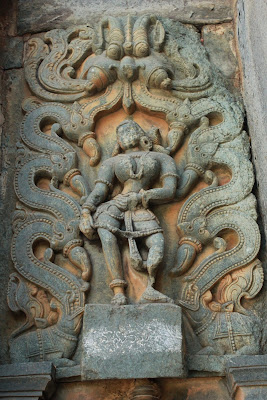 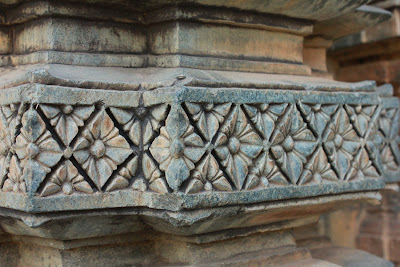 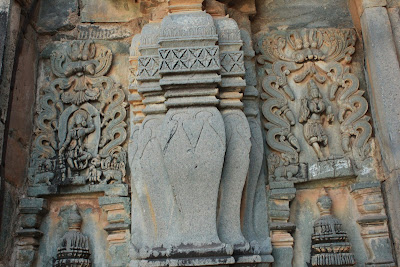 A row of temple Shikharas.Floral and mystical creatures adorn the frame around the Shikharas. 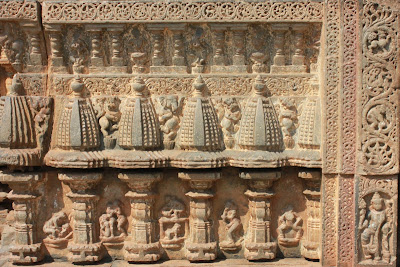 A closer look at the sculpture. Couples engaged in love-making. 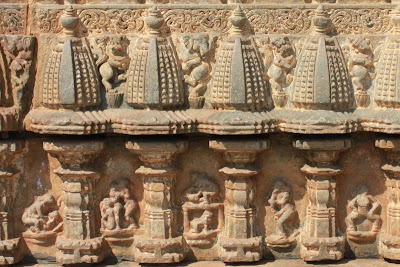 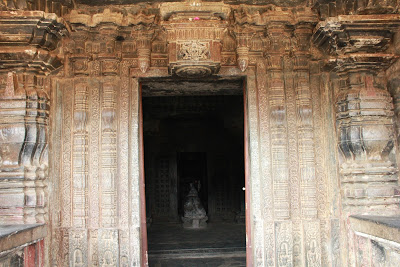 An array of circular geometric patterns on the Mukha-mandapa ceiling. 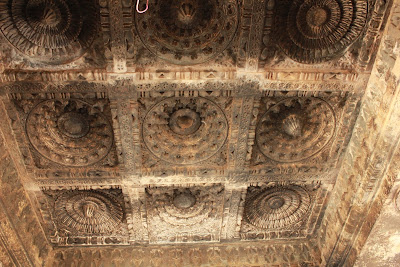 An inscription on the Sukhanasi backrest. Image of a princess or a queen riding an elephant followed by a  a royal attendant holding an umbrella. Behind the attendant is an ox. 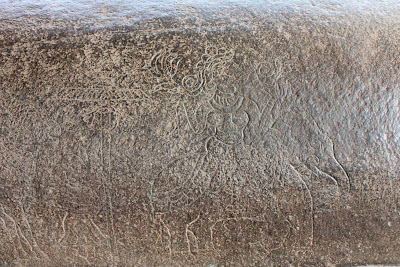 Remains of a smaller temple. 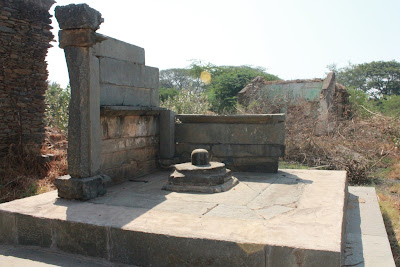 Our next destination: Galaganatha, also on the banks of river Tungabhadra..

its easy to miss this temple. we almost missed the temple ourselves. thank to a passer-by who pointed it out for us.

Nice pics, I guess the couple may not be Rama & Sita, as she holds a weapon in her hand.

The temple is located at old haralahalli and hence is often missed by visitors. The majority of the population have relocated to hosa haralahalli 2kms away from this place. But still, the temple is quite easy to find.

Nice pics and explanation. I always enjoy your blog. The image you guessed as Varah avatar may be of standing Ganesha, as it's holdiNg Pasha and ankusha and big belly.

Thank you Manjula, Rajesh and Srinath. Appreciate the valuable points.