December 16, 2011
Eniyar or Veniyar Gudi is situated on the western outskirts of Aihole village, Its a group of eight temples. Even though in ruins, you can make out the unique temple designs, like any other spot in Aihole. Rachi Gudi, Eniyar Gudi, Kunti gudi and Huchchappayana Matha are all the western side of Aihole. A small board gives out some information about Eniyar Gudi:
This is a complex of eight temples assigned to the XI and XII centuries of the Kalyana Chalukya times. The first shrine has no image in the sanctum. Its sanctum door is well wrought with Gajalakshmi on the lintel. The second facing the east too has no image. The third one has a Shivalinga with fine Dwarapalas. The fourth shrine facing the north has some Badami Chalukyan features but no image in the sanctum. The fifth one facing the west has a fine Varaha image on the north wall. The sixth one has on the lintel of the sanctum, in addition to Gajalakshmi, beautiful images of Ganapathi and Karthikeya. The seventh one is a Trikutachala. The eighth one has a Saptamatrika panel.

This group of temples has a mix of primitive and newer temple designs. Probably the most primitive temple designs (going by their present conditions) could be found here. The best way to reach this temple is by walk from Durga temple complex. This complex being aloof and having lot of open space, its a convenient spot for villagers to sun dry their farm produce. And this particular temple villager's favorite spot to rest and watch their wares. The temple has a roof which is partly flat and mostly sloping. I'm not sure if this temple's Shikhara was ever completed. The smaller temple is just three walls and a roof. Both temples are east facing while remaining temples face north or west. 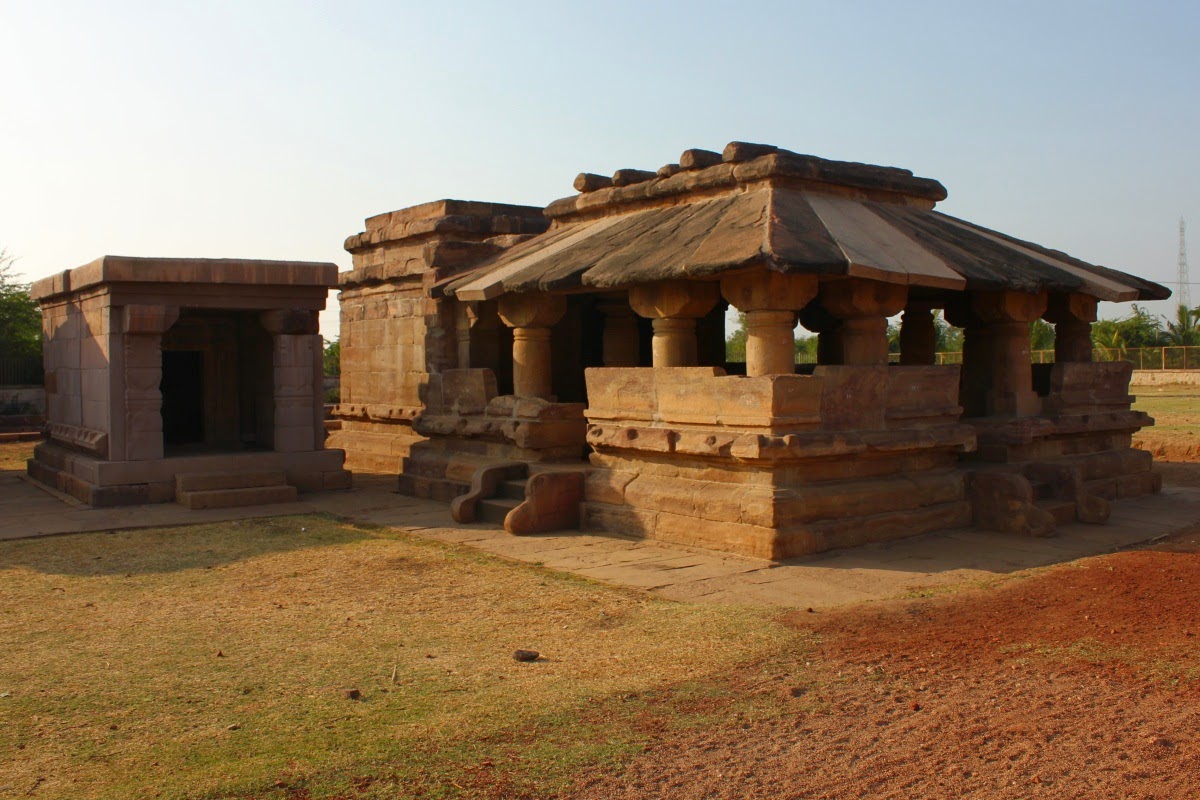 Also there's a Kalyani behind these temples. 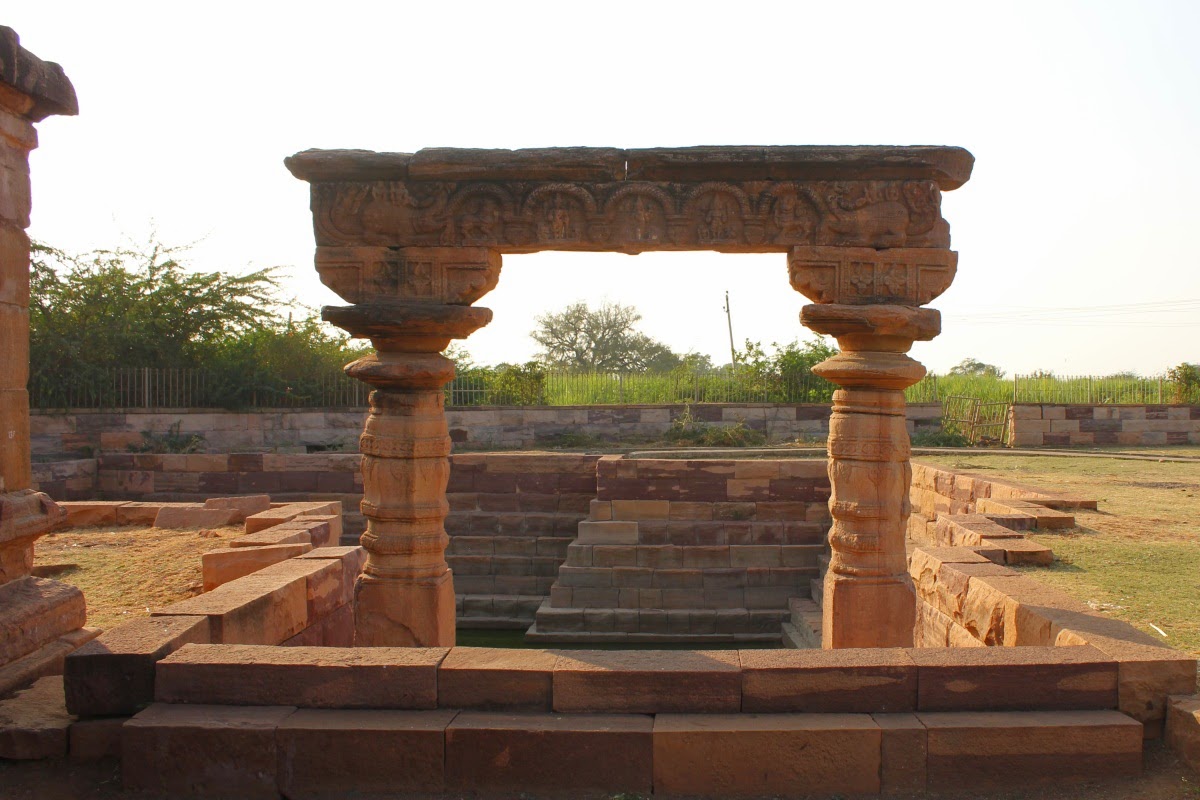 This is the temple which has Gajalakshmi on the lintel. The temple would have been an elegant structure in its heydays. It resembles Hucchimalli temple little bit. 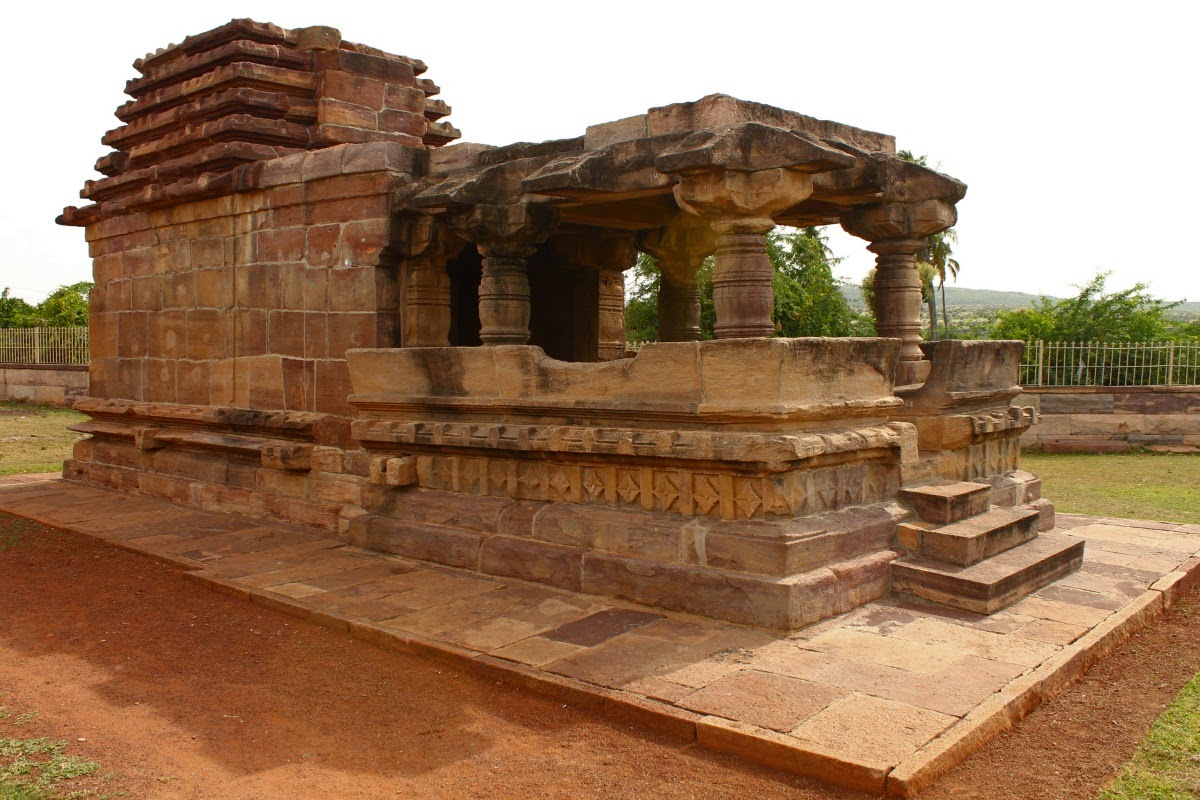 Temple in Badami Chalukya design. It has an open Sabhamantapa with Sukhanasi. A vestibule connects the Sabhamantapa to the Garbhagudi. 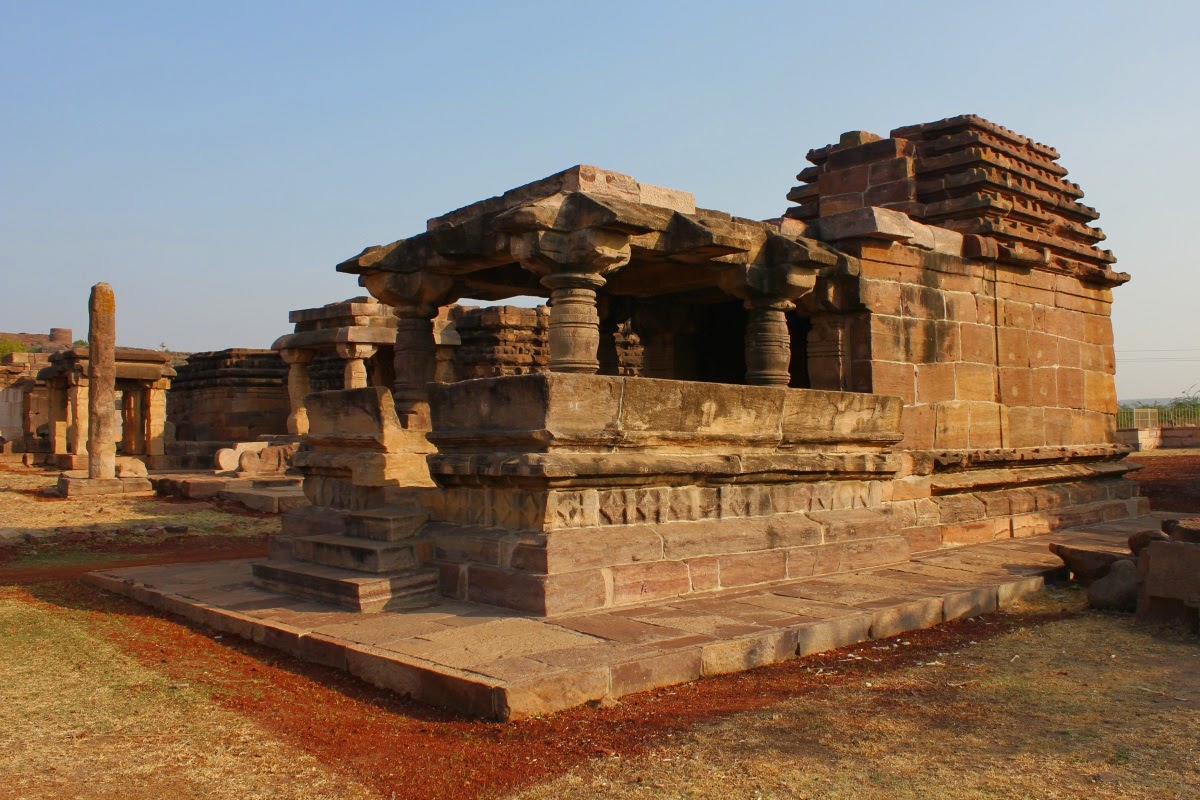 Another North facing flat topped temple has a pillar aligned to the deity. Unlike others this temple's exterior is not plain. 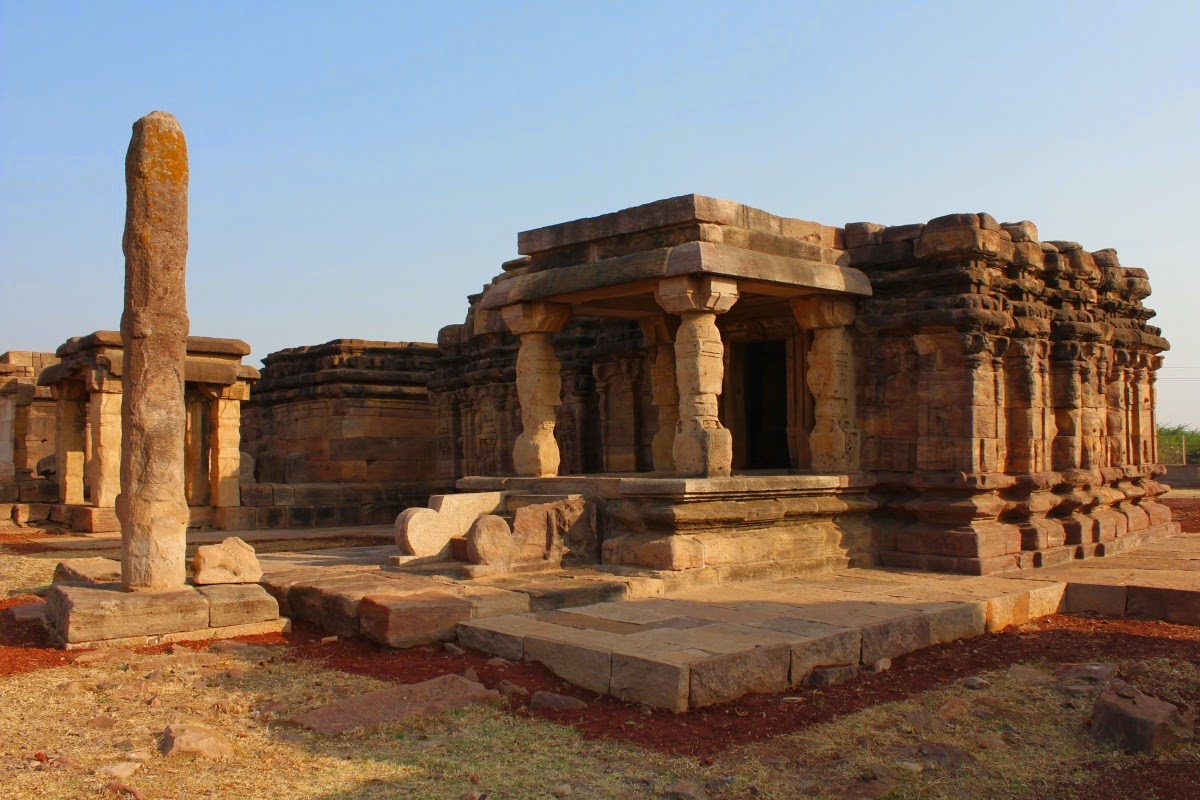 At first look, this doesn't seem like a temple. Looks more like a cattle house. Its a primitive and basic looking structure. 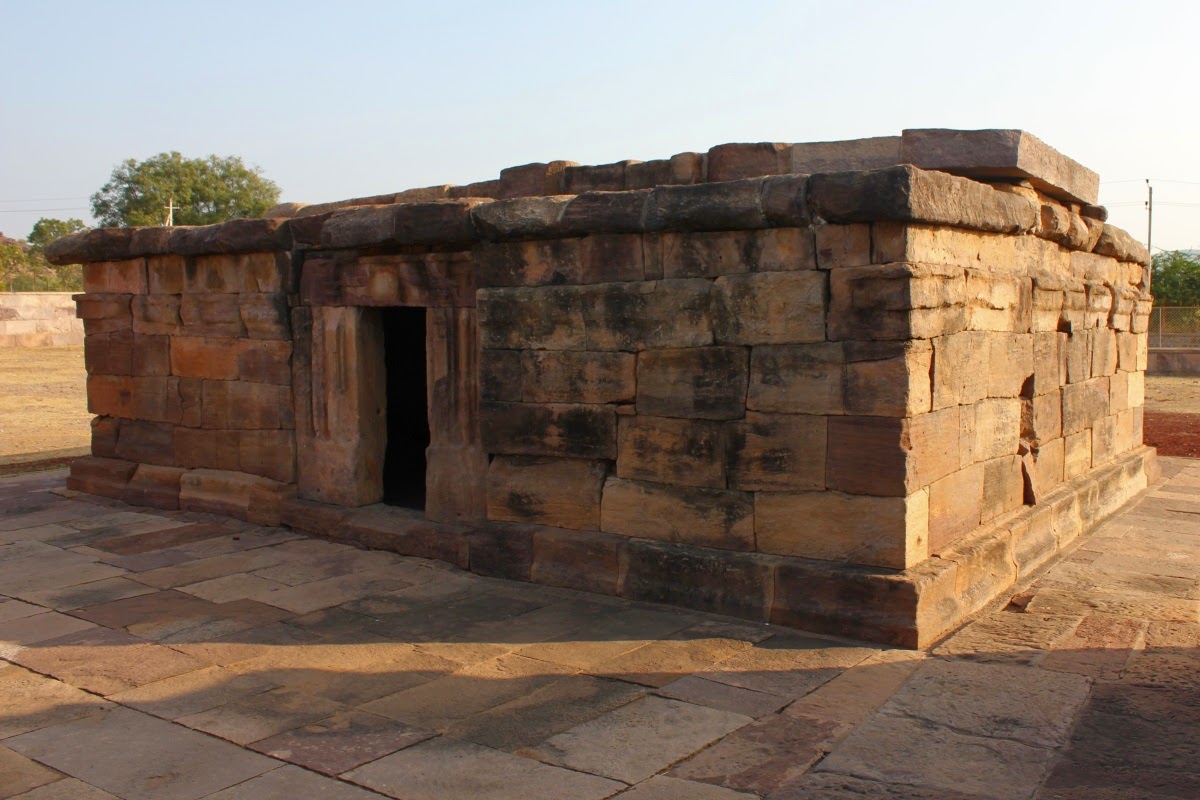 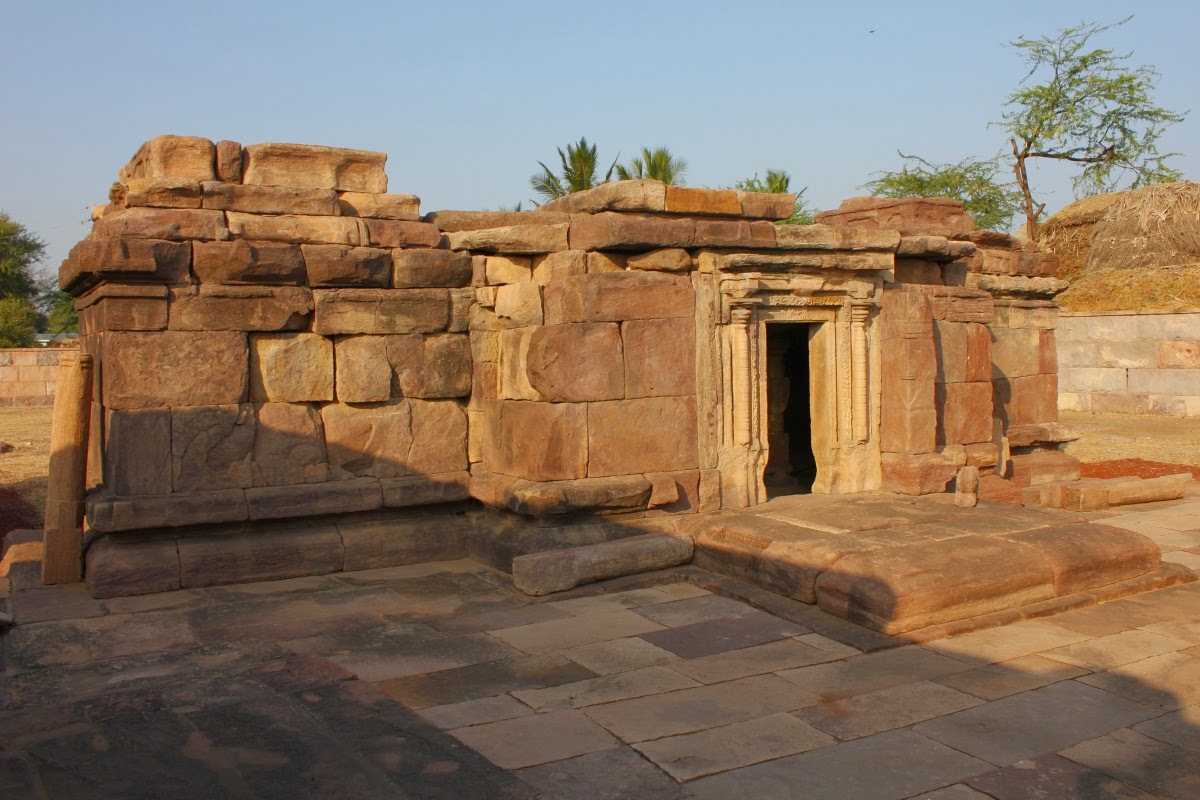 The last temple is probably the largest. This is the temple with a Saptamatrika panel. This temple was intended to have a stepped roof and a Shikhara. Either the work is incomplete or the temple was damaged. 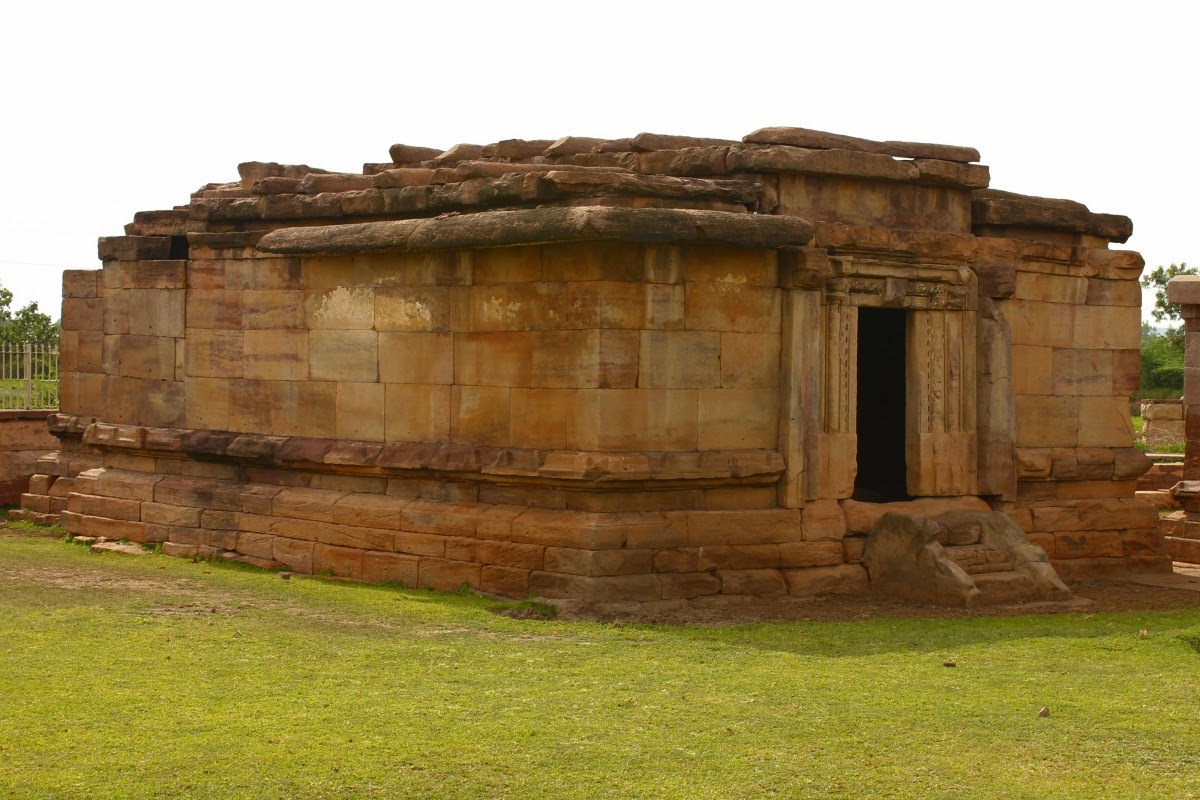