August 31, 2013
Jyotirlinga group of temples were built during VIII to X century CE. The group consists of two temples with Kadambanagara Shikhara, few flat-roofed temples, few Mantapas with Basavanna and a Kalyani. Two temples have sanctum, shukanasi and Sabha Mantapa. Presently these temples are enclosed in a triangular compound situated close to Durga temple complex.

We start with the mantapas on one side.. a four pillared flat-roof mantapa with a staircase. 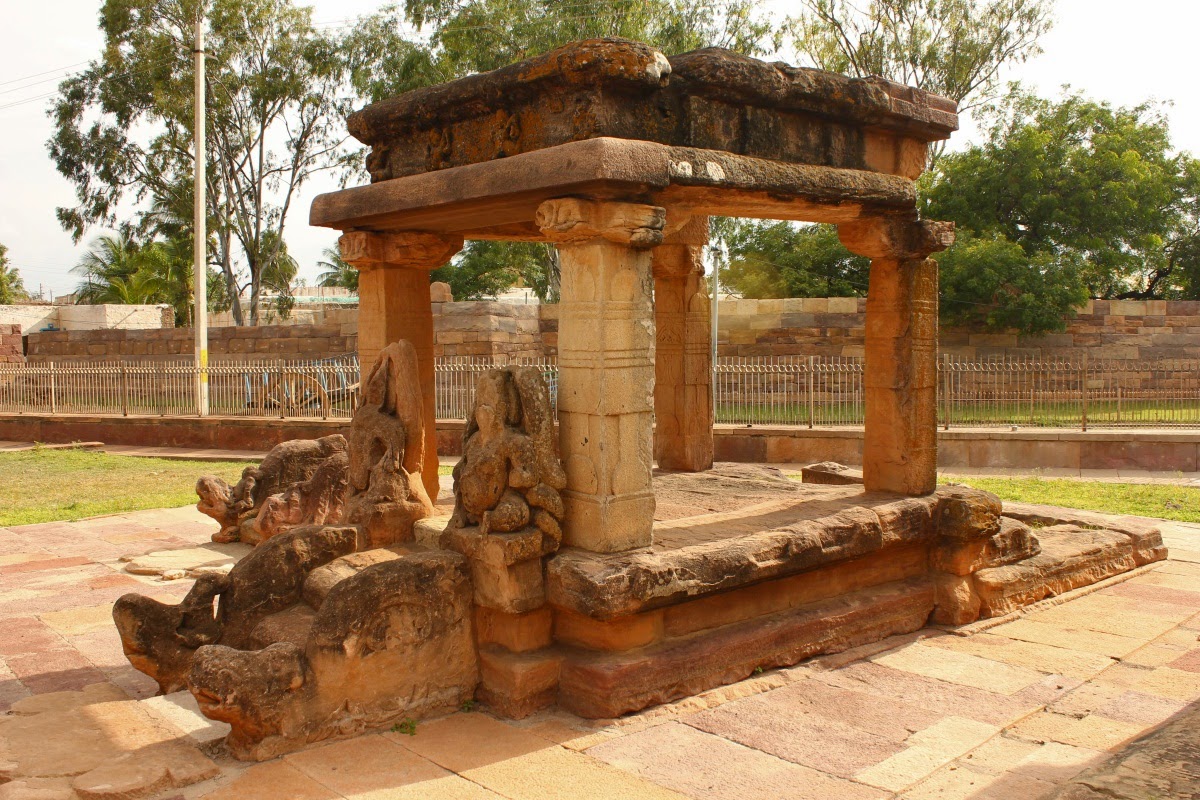 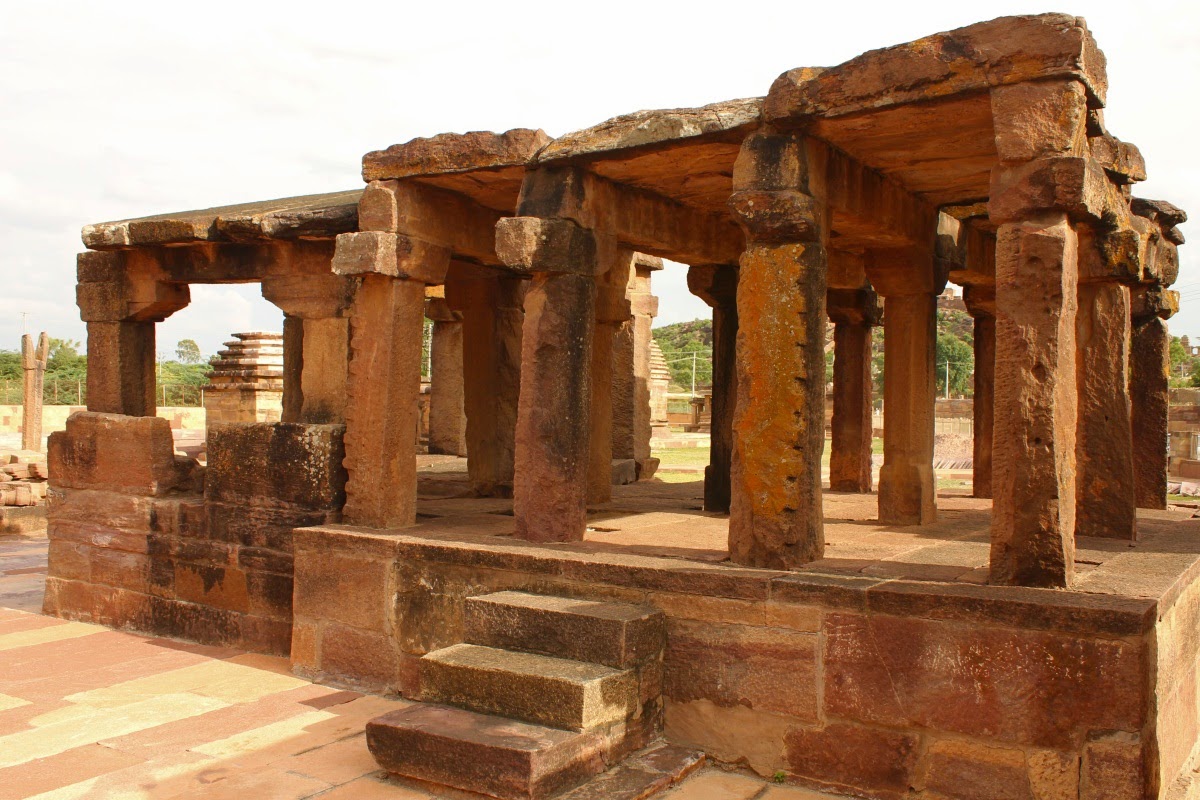 This was in a bad condition until it was restored recently. 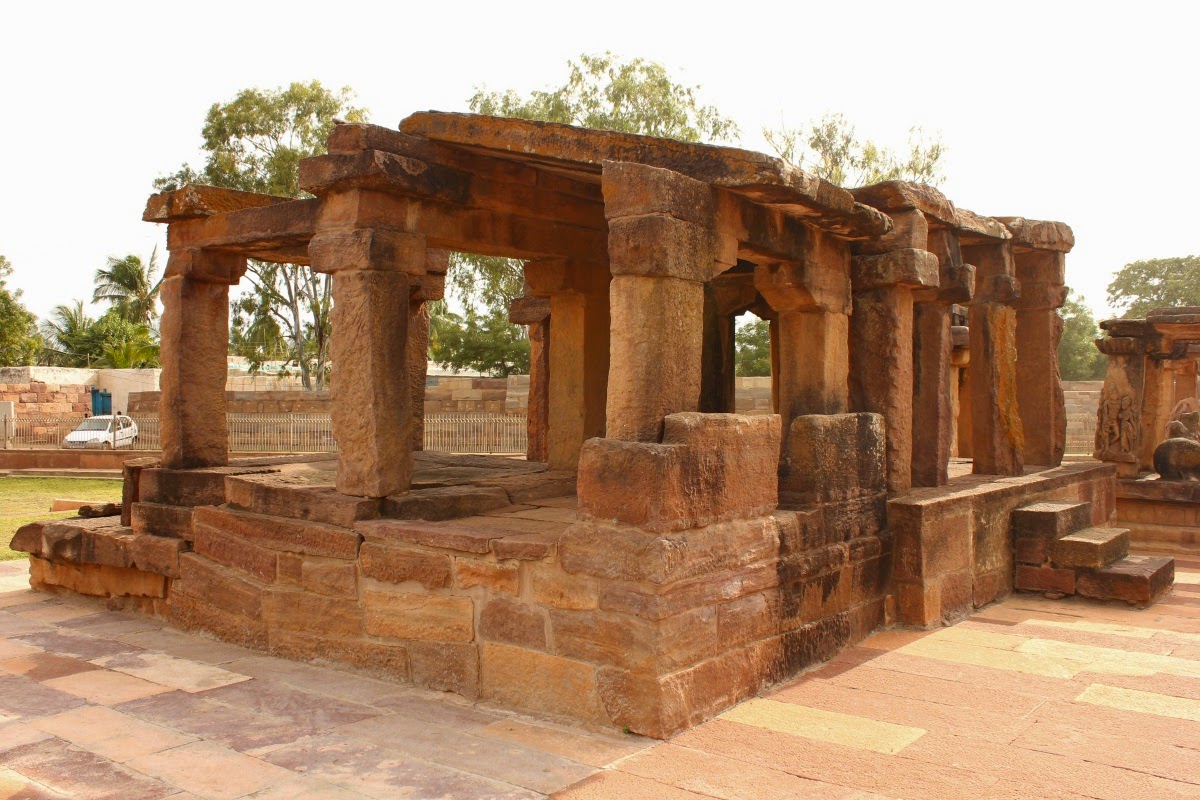 This is the Basavanna Mantapa (Nandi Mantapa). I think this could be the oldest structure in this group. The columns and beams are corroded and also the constructions seems primitive compared to other structures here. Basavanna's sculpture looks most corroded. Though all these are made of sandstone, stones used for Basavanna and Mantapa are different. Sculptures of human figures decorate the outside faces of the pillars.. the characters are unrecognizable. 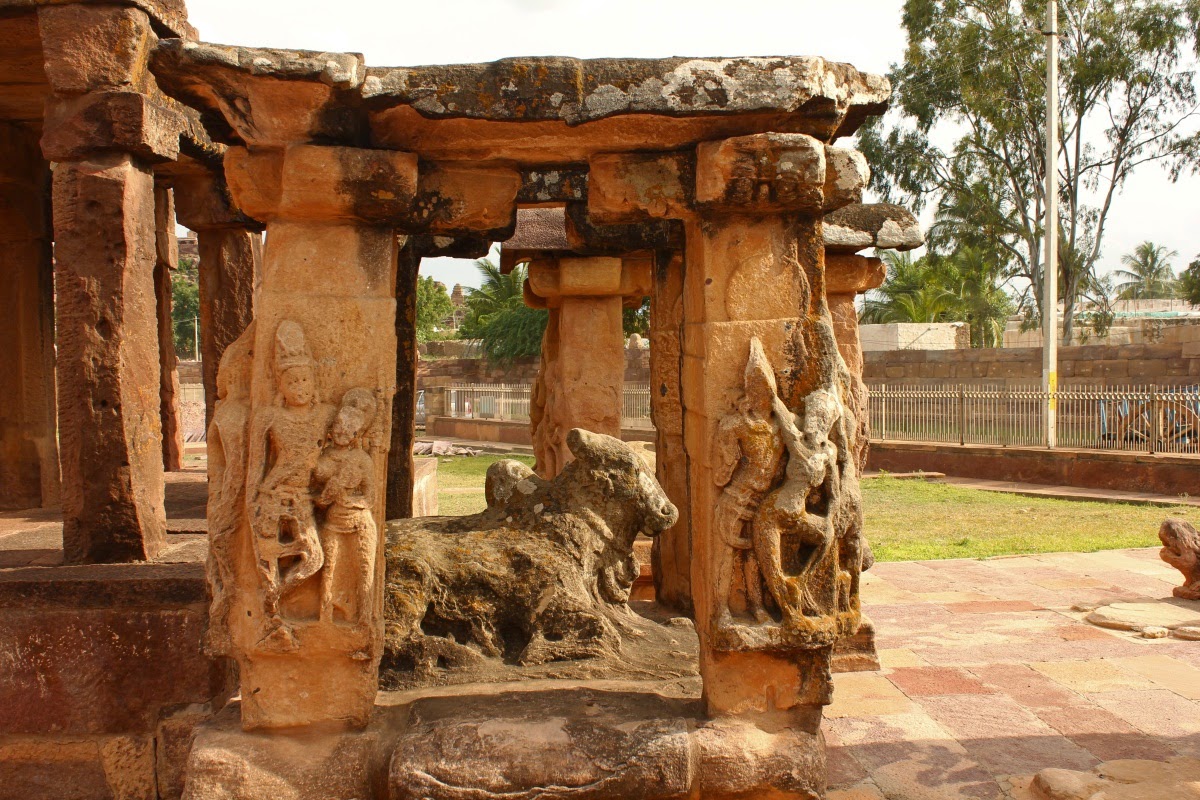 Nandi mantapa as seen from front. Basavanna has a innocent look of a calf. 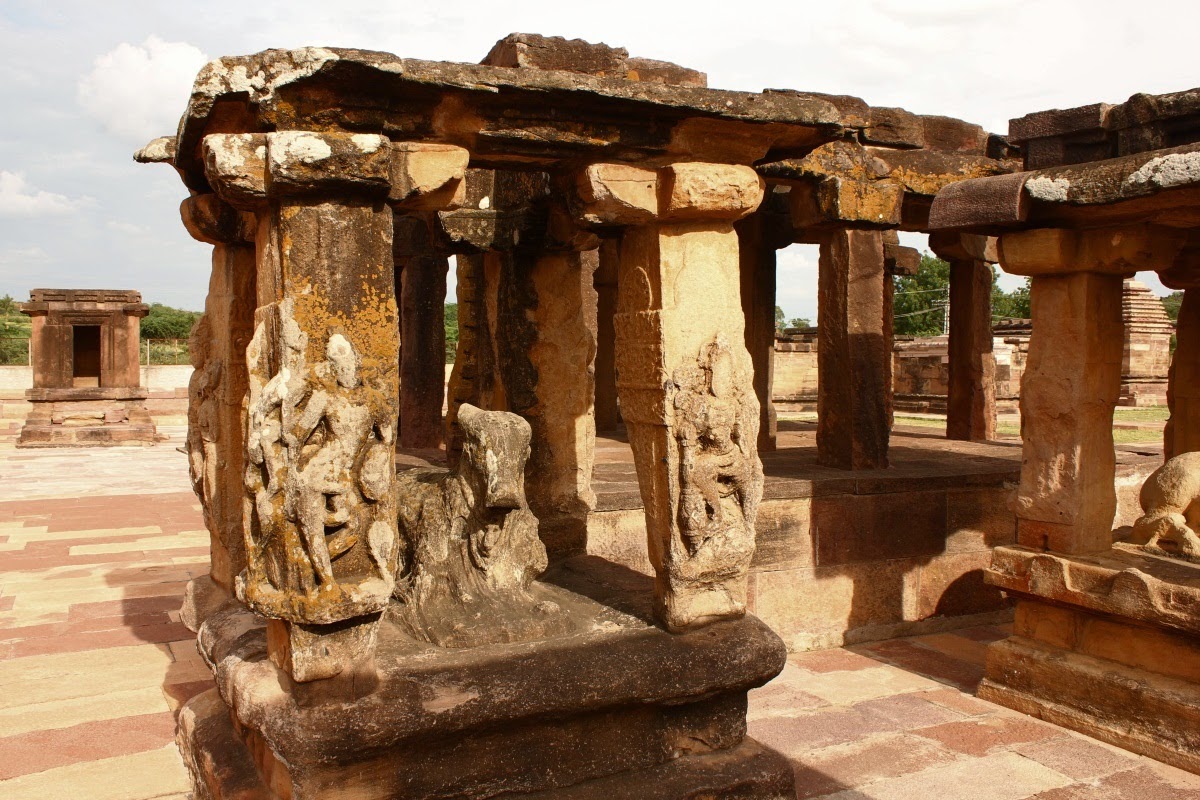 Now we come towards the temples. They were designed to look alike but work looks incomplete. 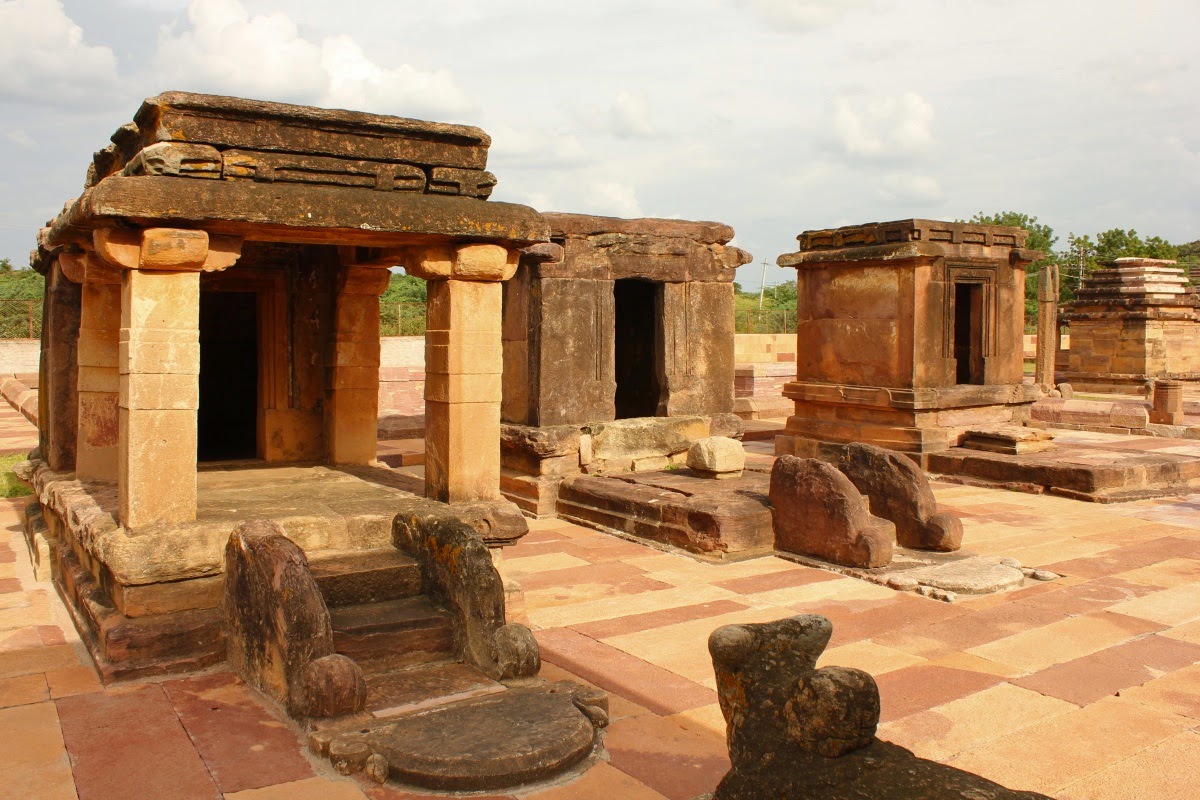 Panning to the right.. the two temples with Kadambanagara Shikhara come into view. In the background is the hillock with Buddhist Chaitya, Meguti temple, fort and megalithic tombs. 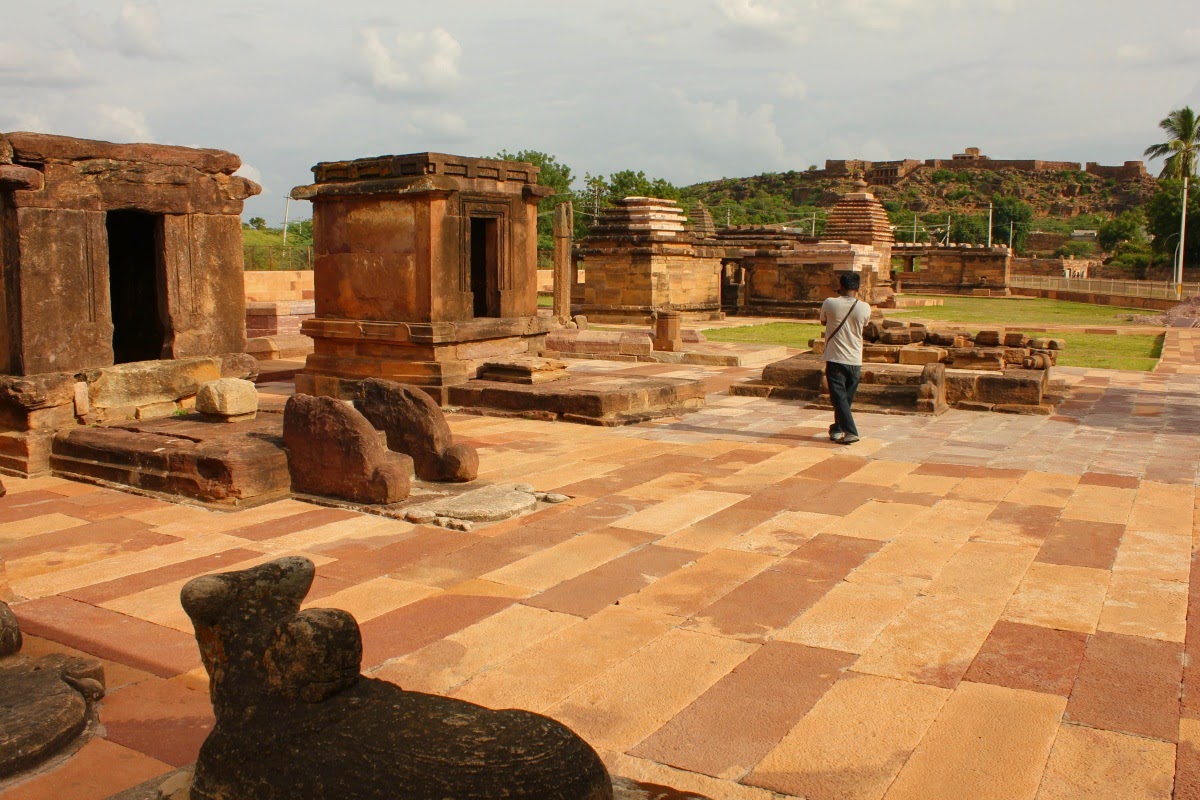 A villager rests on the Sukhanasi around the open Sabha Mantapa of one of the temples with a deity- a Shiva Linga. No rituals are performed in any of these temples. 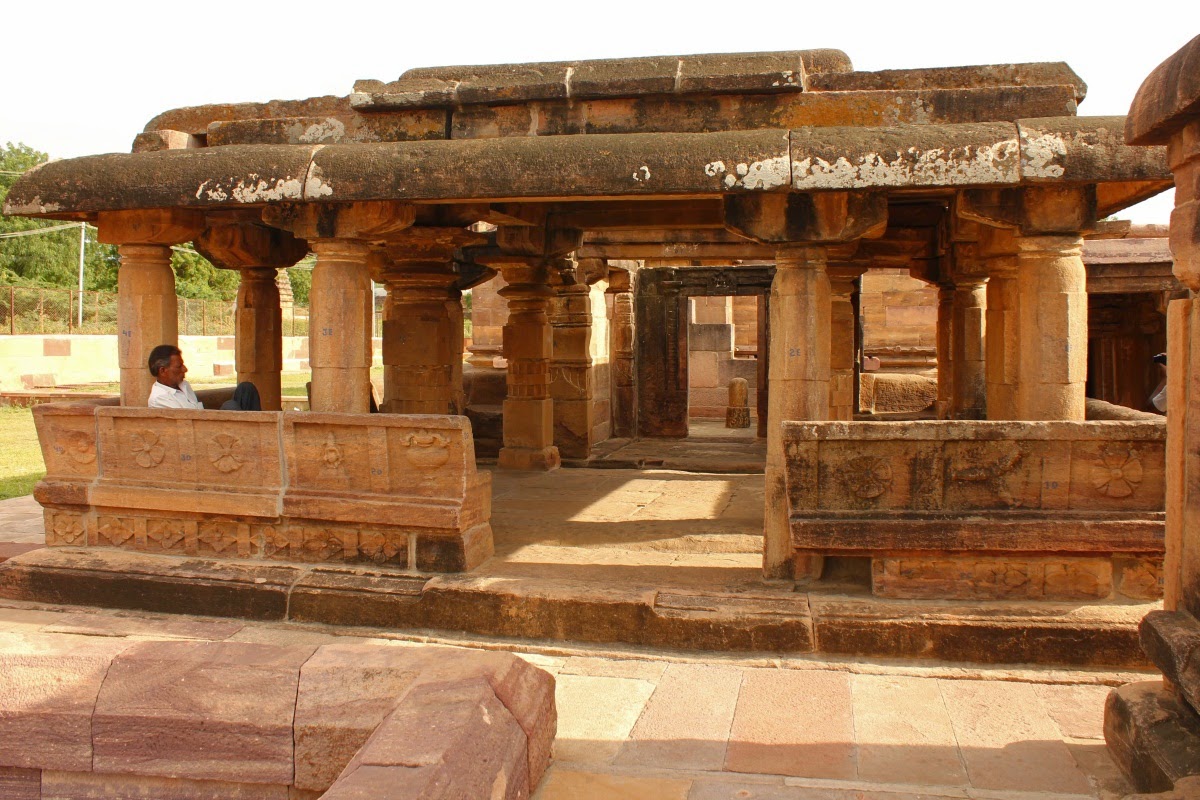 Parts of the roof are missing. The roof over Garbhagudi is missing completely. 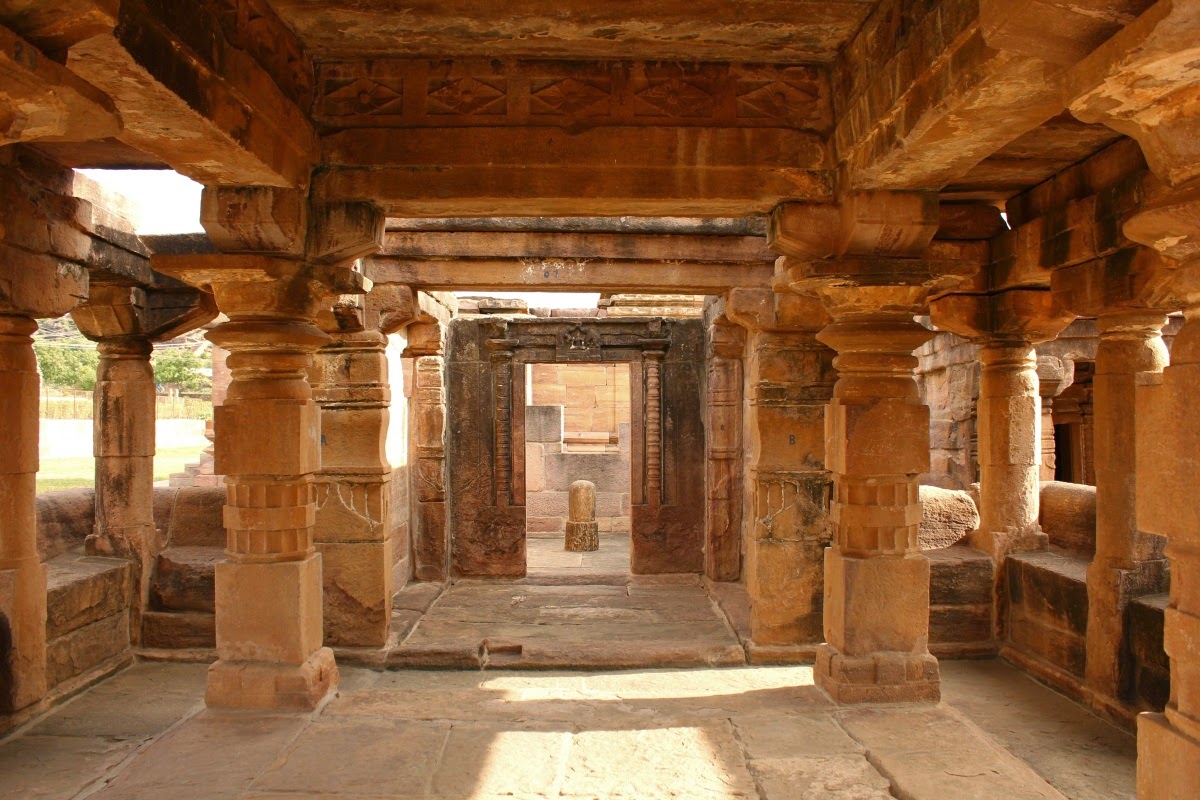 Two Shiva Lingas found in this temple complex. The shorter black Linga is mounted on a pedestal and the sandstone Linga is fixed into the floor directly. 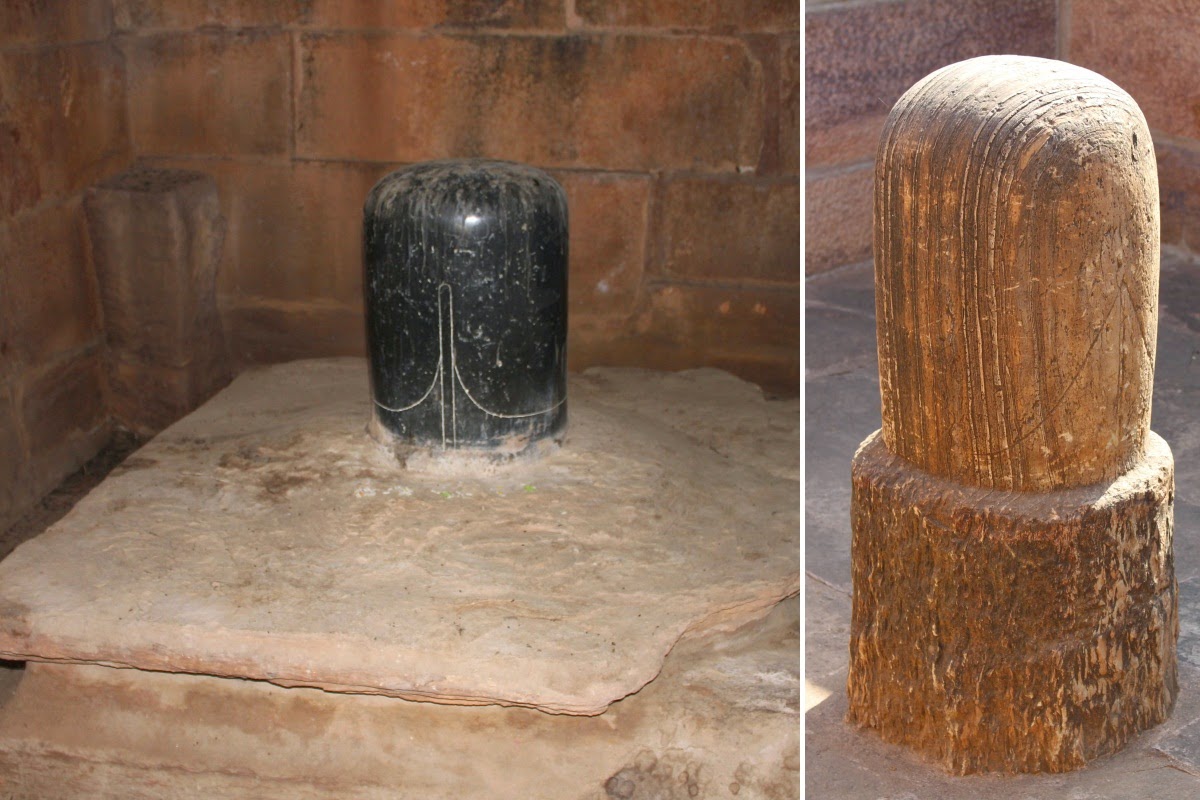 This is the neighbouring temple, abode of the black Linga. This temple also features an open Sabha Mantapa with a Sukhanasi. 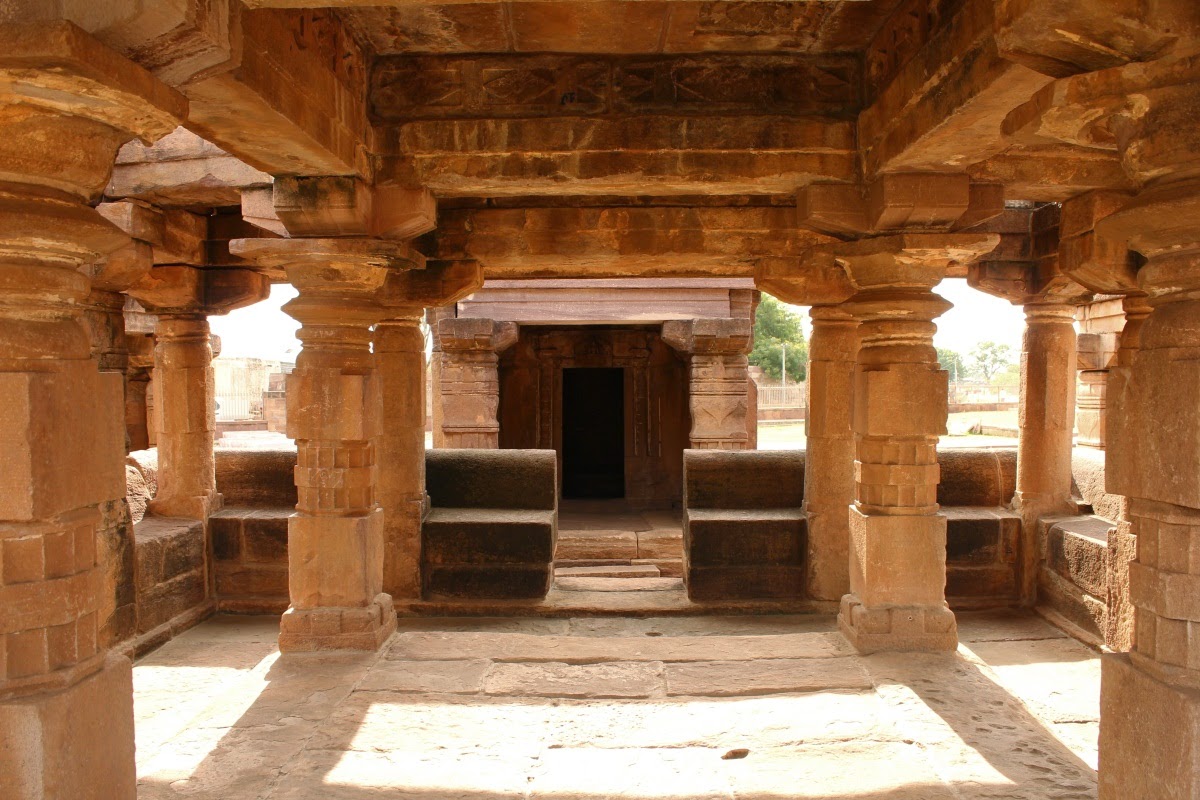 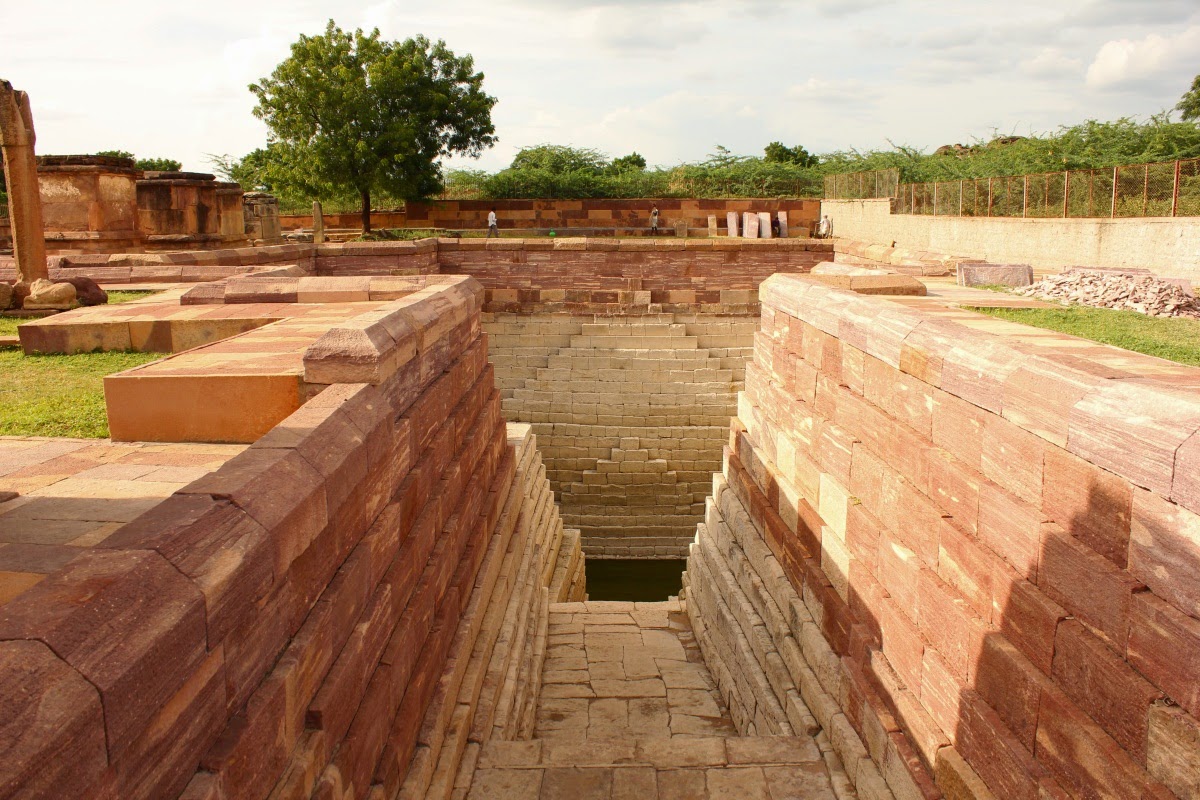 Finally coming to the only fully enclosed temple. The Garbhagudi has a Kadambanagara Shikhara and the Sabha Mantapa has beams on the roof similar to the ones on Lad Khan temple. 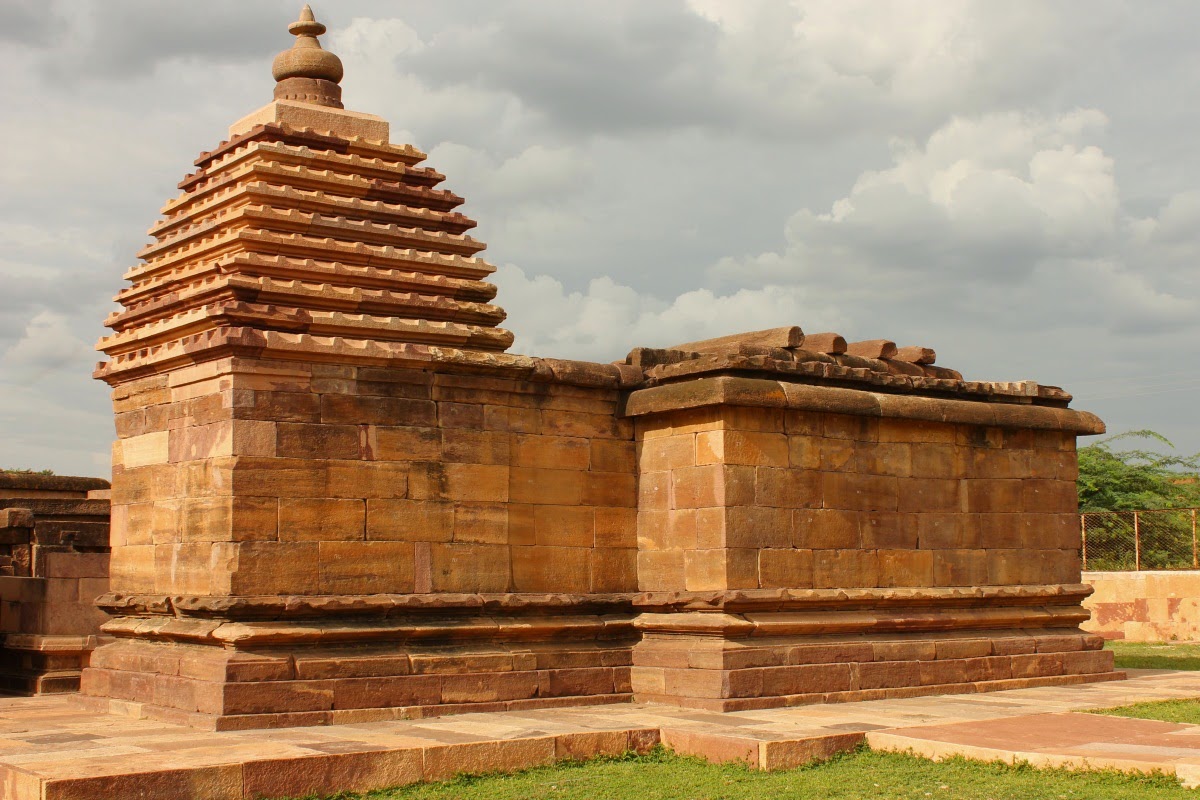 The flat-roofed temple with an open Sabha Mantapa and Sukhanasi. Notice this temple has only side entrances. The entire length of the roof is covered with evenly spaces beams. Wonder what the purpose of the beams is? 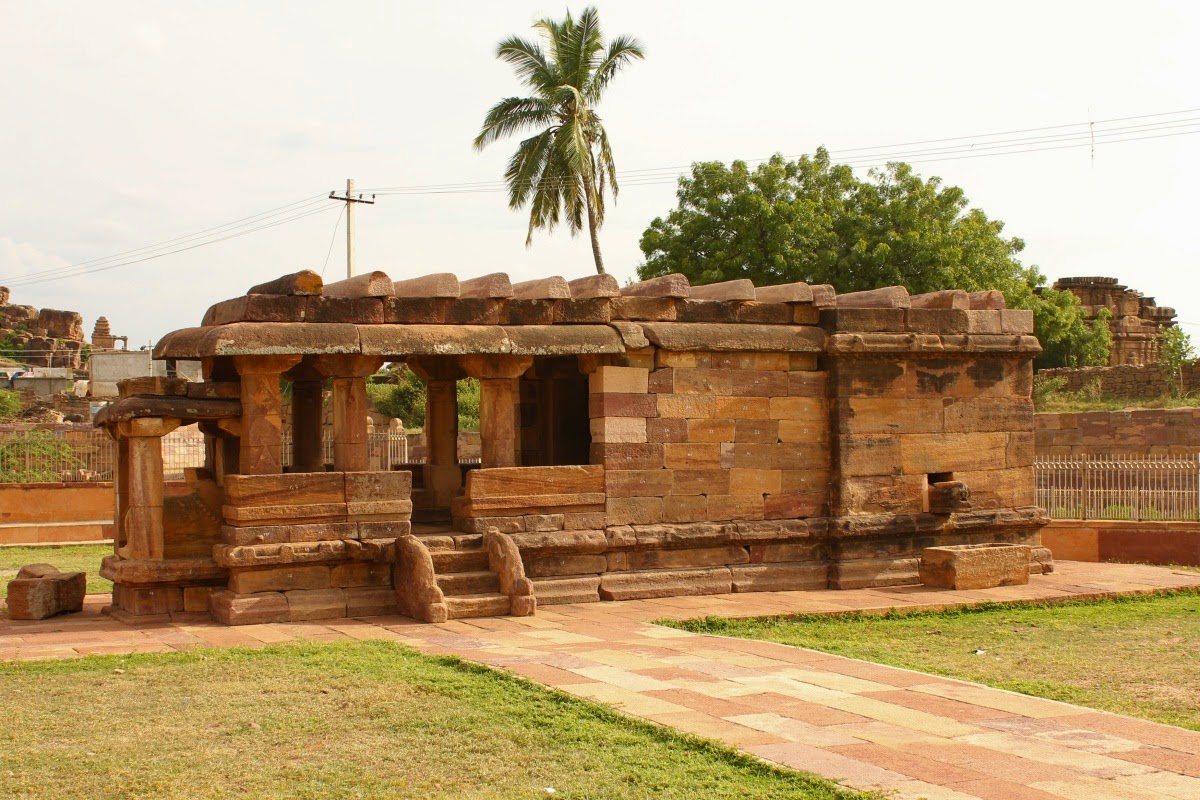 The name Jyotirlinga group is so because one of he Lingas in these temple must a Jyotirlinga. Is it?

Siddeshwar, nice coverage in ur unique simple style. It is sad to see the Shivalingas left in the open. Imagine, the glory when the temples were intact and people offered their prayers to these lingas. Is this a typical indifference of we Hindus or what I don't know.