December 16, 2011
Ambiger temple complex is a stones throw from Durga Gudi complex, in fact its right across the street. The name Ambiger is derived from the Kannada word Ambiga ~ boat man. Ambigaru is the plural of Ambiga. Aihole being situated on the right bank of river Malaprabha seems to have had significant boating activity. This temple complex is one of the least visited spots of Aihole.. probably because the temples are plain and simple in design. A board at the complex entrance gives out basic information of these temples:
One larger (of the three temples in this complex) temple has Nagara Shikhara and it has a sanctum and Mantapa and there are two entrances to the right and left of the Mantapa. The inner ceiling of the Mantapa ha a lotus engraved. The door frame of the sanctum is highly embellished. The temple stands on an elevated platform and appears to be a X century creation. The second temple is an ordinary structure, but there is a broken image of Surya or Vishnu, very beautiful, and two female figures. There is a third west-facing shrine which is an ordinary one. As the Ambiger community (boatsmen) stayed near it, the complex has secured this name.

Of three two temples are at a lower level. As you see they are pretty plain from a distance. Somehow I've not taken any close-up shots of sculptures of these temples. 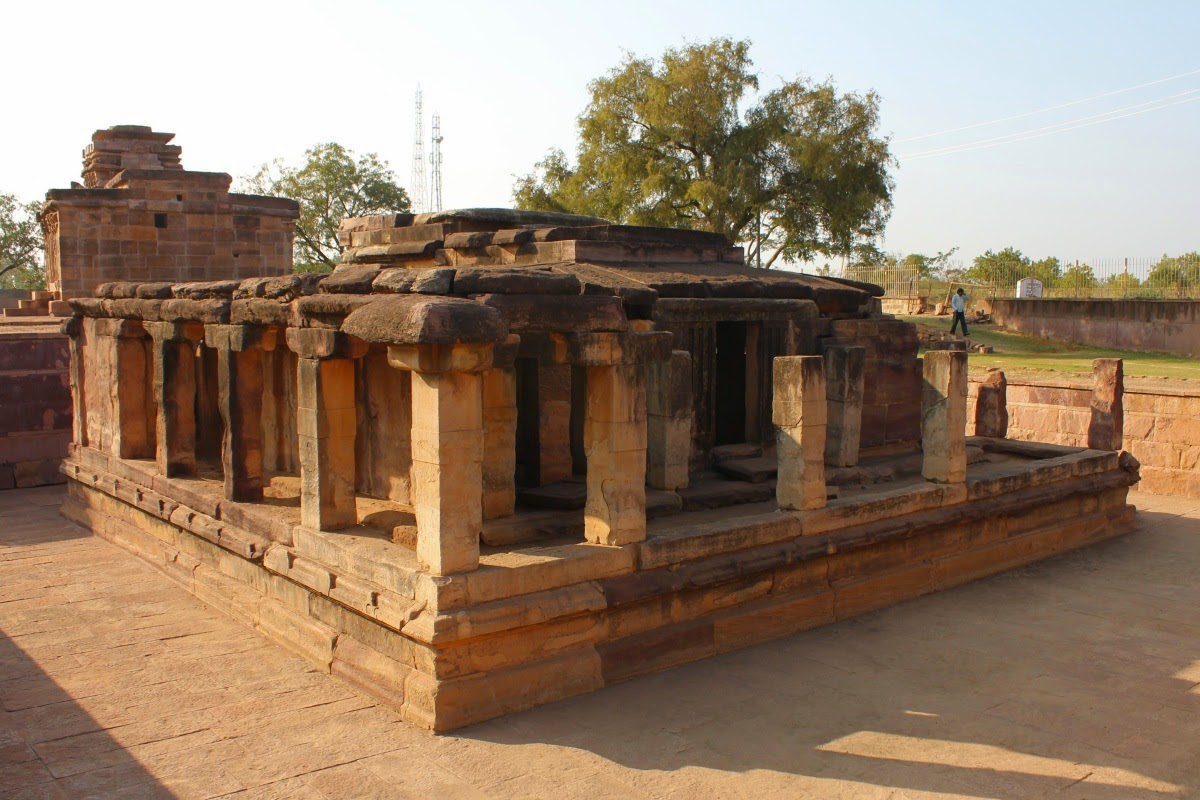 As seen from the opposite side/ 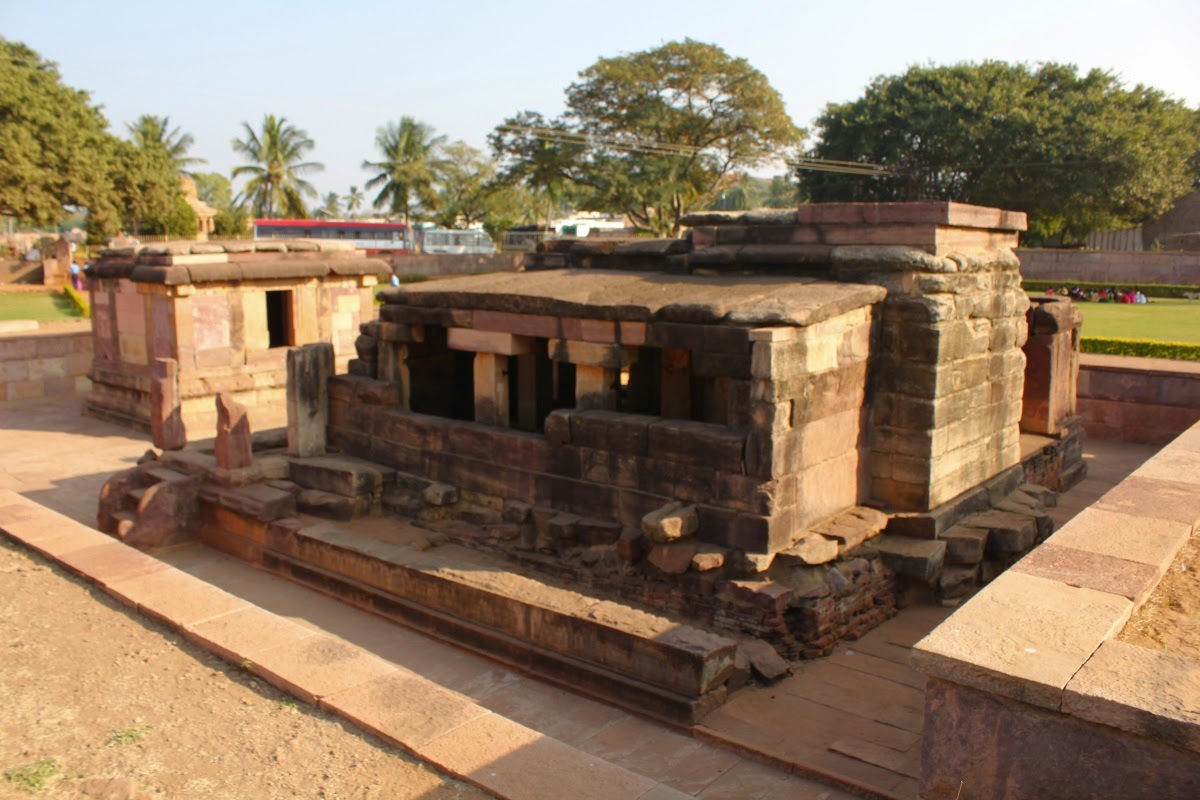 The smaller temple is almost like a box with a small doorway. 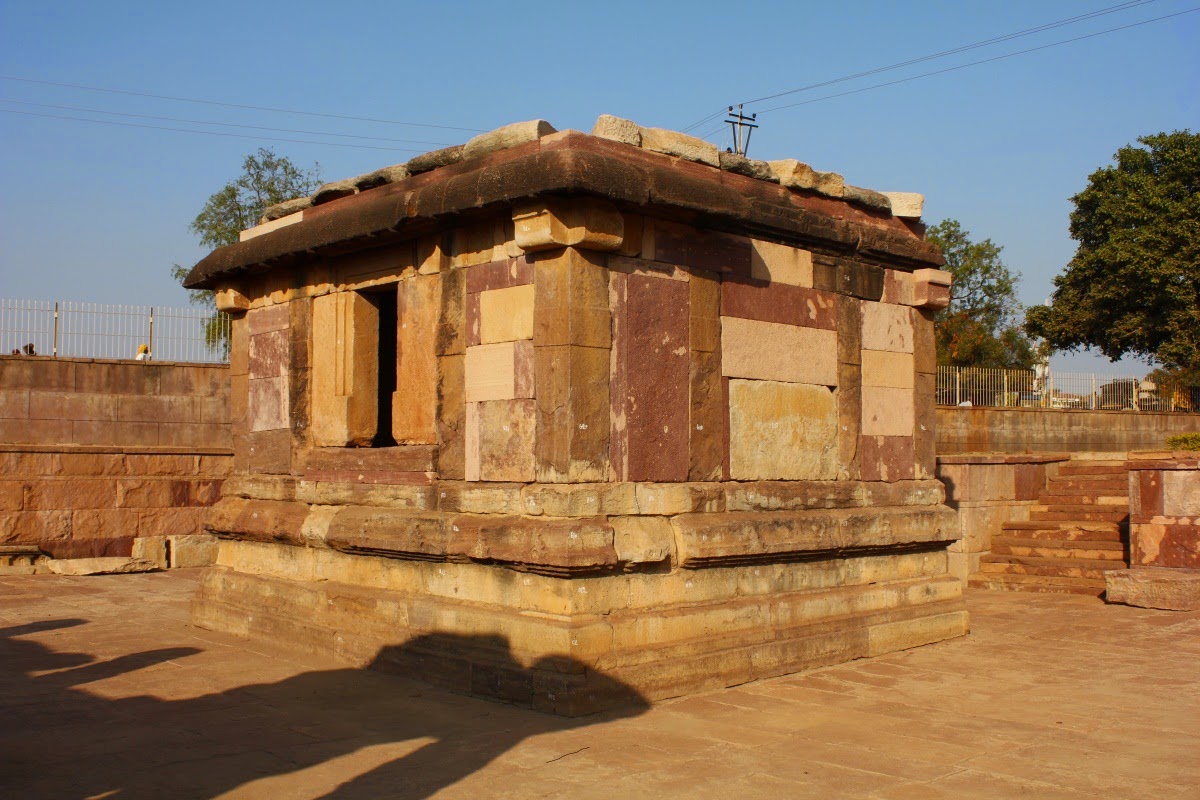 The third temple at a higher level. 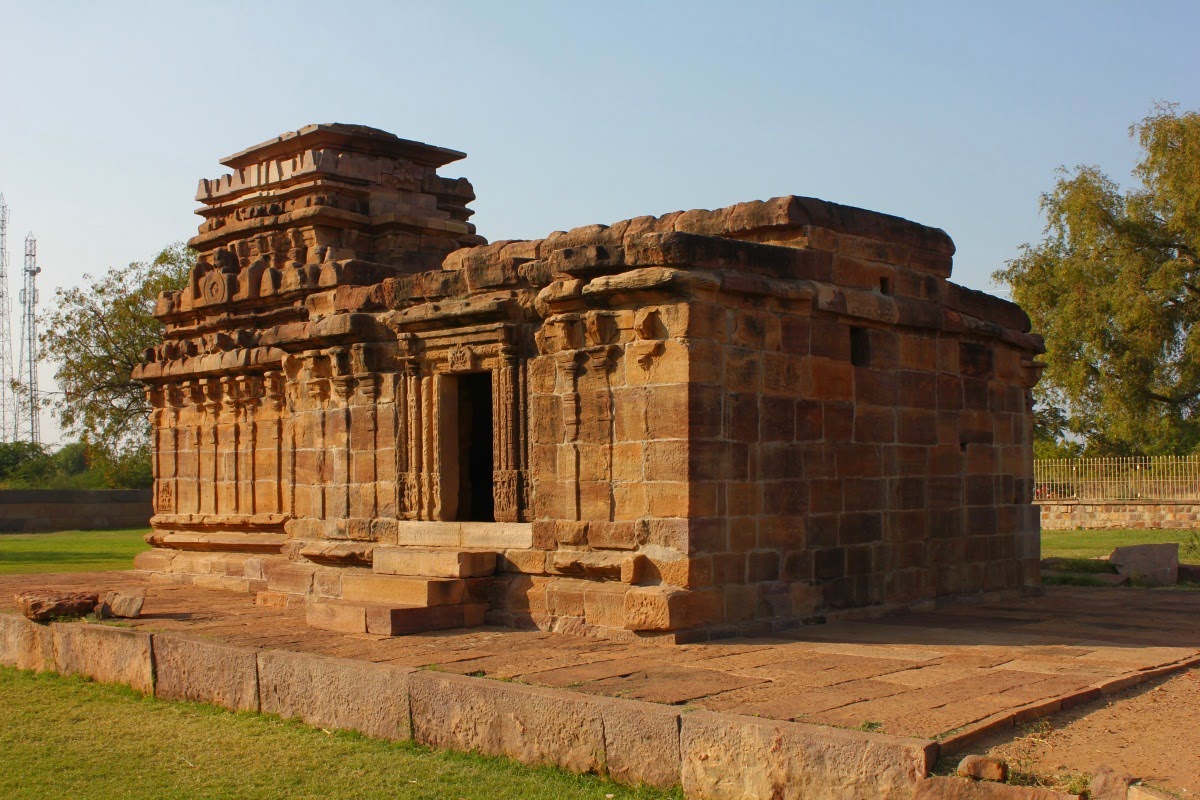 Even now if you look outside the complex walls, you can find a upturned coracle or a boat during off season. That's an indication of presence boatsmen community to this day.
.........
Posted by siddeshwar at 12:30 AM