The name "Sasivekalu Ganesha" means mustard seed Ganesha. The name is associated to Ganesha's round shaped belly which is as round as a mustard seed. This east facing monolithic statue is situated on the southern slope of Hemakuta hill.

Sasivekalu Ganesha's chubby form is treat for eyes. He is attired with a crown and simple jewelry. In his hands he's holding a modak, broken tusk, a goad and a noose. Around his waist is a tied tightly serpent. According to legends, Ganesha once consumed lot of food, as a result his stomach was on the verge of bursting. To prevent tummy burst, Ganesha tied a serpent around his waist. 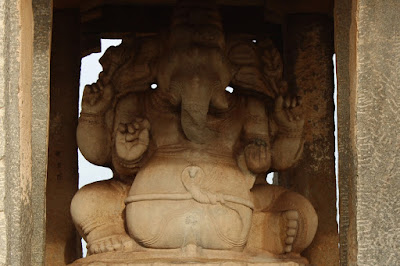 Sasivekalu Ganesha sits on a pedestal inside a simple Mantapa. It's height is around 8 feet. According to inscriptions, this monument was built in 1506 AD in memory of Vijayanagara king Narasimha II who had ruled between 1491-1505 CE. 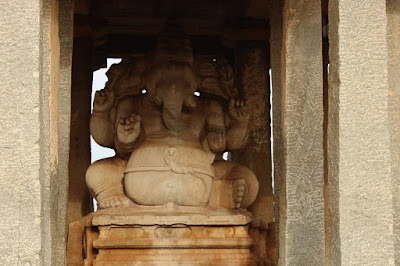 The 16 pillared Mantapa. The mantapa's pedestal, columns, beams and roof are dressed granite blocks. The mantapa's crown is brick and mortar work in Indo Saracenic style. 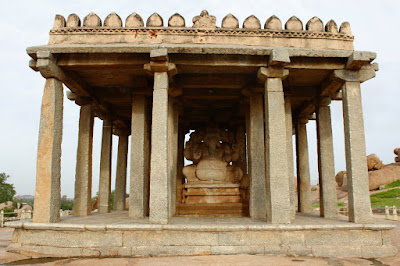 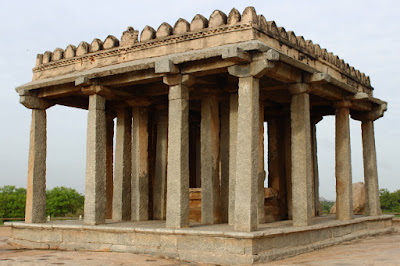 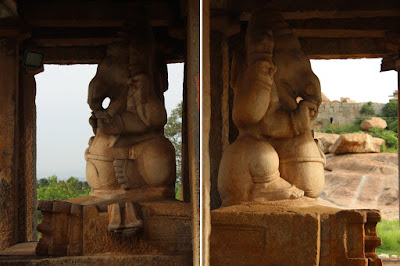 ..and the rear side. Wikipedi page on Sasivekalu Ganesha mentions that Ganesha is sitting on Parvati's lap and that can be made out only in the rear view. 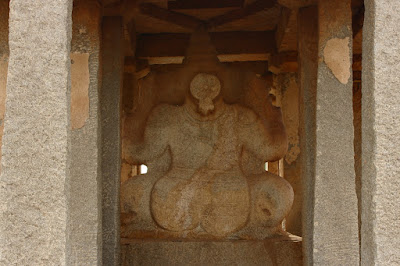 Notice the patches of plaster on the columns. So the mantapa's columns were originally covered in plaster and probably painted too. Over time, the plaster has fallen off.

Patches of plaster can be seen in this view too. 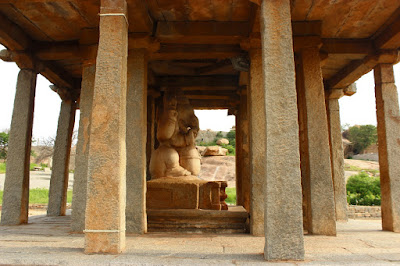 From the Sasivekalu pavilion a flight of steps carved into the rock leads to a gateway. 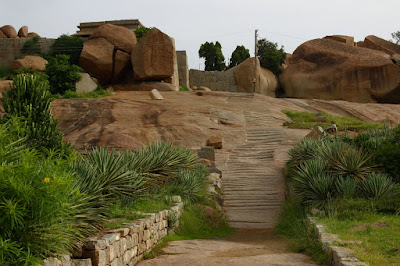 Mantapa and Ganesha as seen from the steps. 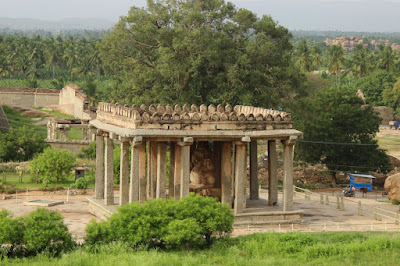 Somewhere near the steps is a granite block with an image of reclining Vishnu. 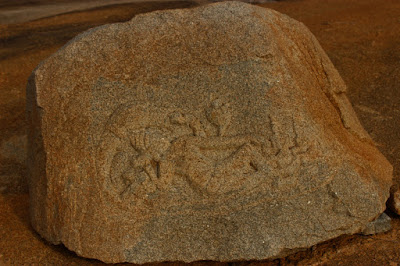 On the south-eastern face of Hemakuta hill is a bigger idol of Ganesha known as Kadalekalu Ganesha also sheltered in a mantapa.
.........
Posted by siddeshwar at 12:30 AM

This must have been wonderful to see!