Chikanal is small village at the base of a flat-topped hill. The fort is situated at the top of the hill. According to of the villagers, long time back people lived on the hill and moved to the plains below for convenience.

In the village square, at the Gram Panchayath office, I asked one of the elders if they could arrange a guide to show me the fort. Few minutes of waiting, Yellappa was appointed. On the way to the hill two more kids joined us. 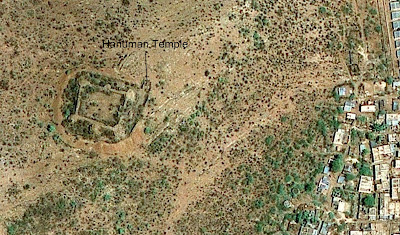 After a 10 minute climb I was looking at a heap of stones. 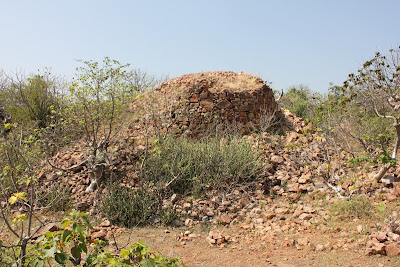 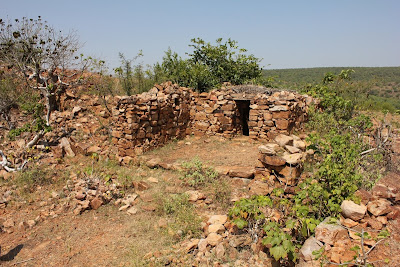 Sticks and coconut leaves formed a roof. Few god-fearing folks of the village fixed a roof for unable to see the deity exposed to sun and rain. 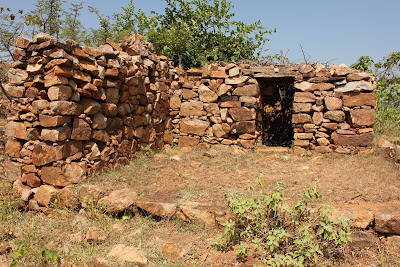 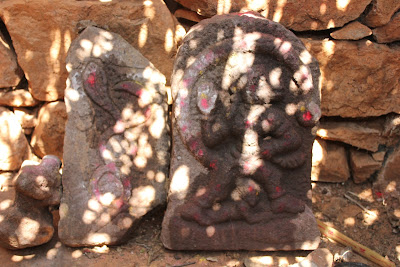 My friends decide to take me around the fort. We are walking on the remains of the outer wall. 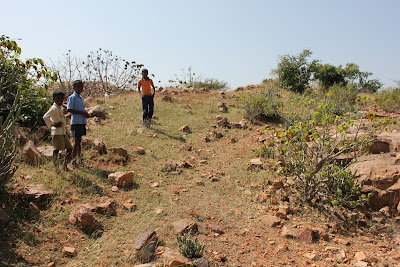 Most walls are reduced to heaps of stones. 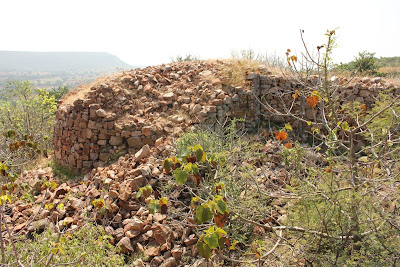 Portion of the fort in better condition. 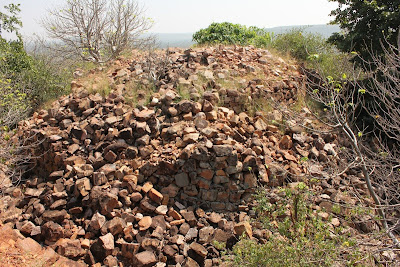 My friends standing on one of the rampart walls. I felt the heap could be unstable for my weight. I decided not to take chances. 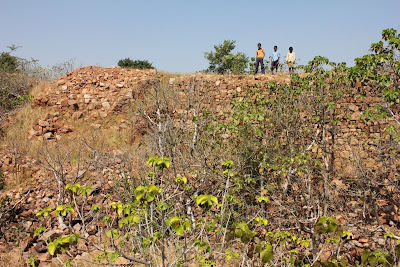 By the time we were back from our tour, two more characters had joined us. They pose for a picture on the outer-wall close to the fort entrance with Gudur hill in the background. 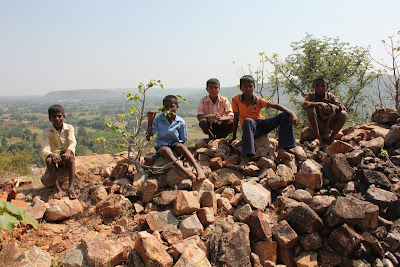 I made inquiries about Gudur fort. I was glad to hear that Gudur fort was in a better condition. Though the hill was taller and climb steeper, with a flight of steps one could reach the summit easily. 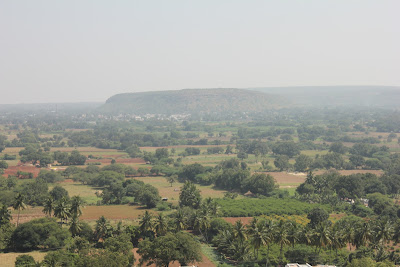 On the way down I noticed a rock with an interesting texture, patches could be oxidized iron. 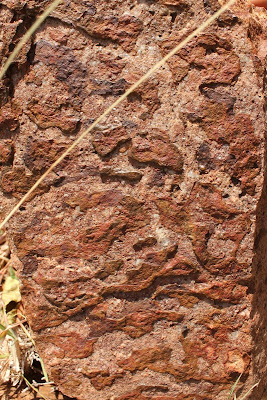 The gang poses for a picture. The to boys in full-pants are the shrewder ones. The one to the extreme right Yellapa, was a silent type. 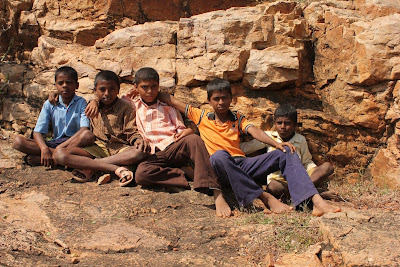 An open well dominated the village square and close to it was Hanuman temple. The boy in orange top, his father in-charge of the performing pooja at this temple. Chikanal Hanuman temple and a church next door share a common boundary wall. 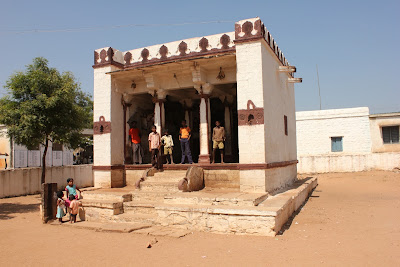 One of the folks suggested me to check out the recently discovered Shivalinga. This was found in a agricultural field just outside the village. The discovery had been reported in a regional newspaper some months back. 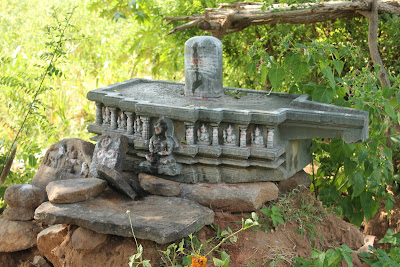 By the time I was back at the village square few more people had gathered out of curiosity. One of the folks asked- Why are you interested in that fort village? A question I hear almost every place I visit. For them its just ruins, a heap of stones, nothing of use there. One of the youths suggested me to check a matha with an underground temple. Since the Matha building was modern and also I was eager to see Gudur fort I declined. I noted my friends' address to post their photo, said bye and moved on to Gudur fort.