Driving from Kelur. On the road connecting Kelur and Aihole, we saw a small hand painted board to the left pointing the direction to Sri Kshetra Siddeshwara Kolla. We took the narrow road winding through the hilly terrain initially and then leveled out as we reached the plateau. Suddenly the road tar-road gave way to dirt road. We kept on driving... folks loading farm produce into a mini truck, agricultural plots here and there ...basically the place had a peaceful ambiance. After a 5 minute drive, the dirt road ended and we were driving on a flag-stone road. This road went down-hill, just like a ghat section road with couple of hairpin turns. Soon we were in a village, folks busy with their monsoon harvest. We asked a passerby for Siddanakolla. This is it. I asked for the temple. He told me to go back the way we came and look out on the left side on the dirt road. Aagh!

Back we go, up the ghat section and soon we found the place. Like I felt earlier, its absolutely peaceful here. I should come back sometime and spend a night to gaze at the dark sky twinkling with stars. It's a long time since I saw the real night sky.

Siddanakolla is a religious place with historic and prehistoric importance. It has references in a World Heritage Series booklet on Pattadakal published by Archeological Survey of India. Quoting the line from the booklet- in Siddanakolla and Aihole are the Upper Palaeolithic and Megalithic cave paintings and other cultural relics (circa 15000 to 300 BCE). 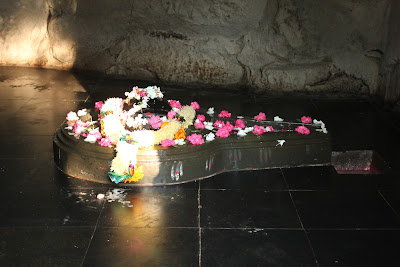 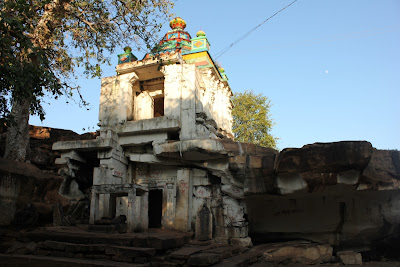 Basavanna in a mantapa. The man here is one of the two care-takers I met. 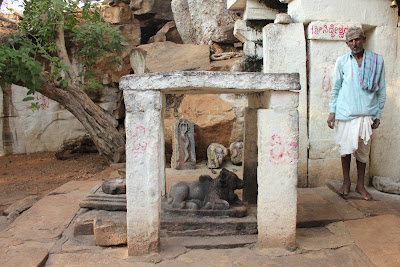 Collection of ancient sculptures next to the temple. 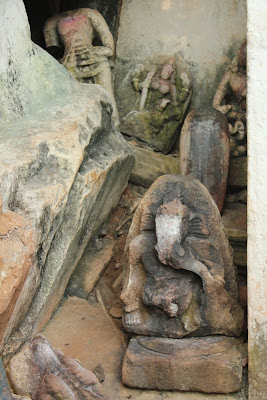 Place for pilgrims to relax. There's a small room like enclosure in the rocks. I guess we were the only four people here at the moment. 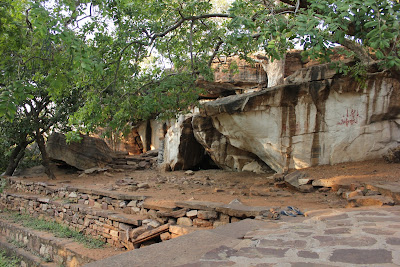 To the left is a rock formation from which fresh water flows out. During rainy season, streams flowing down would create a waterfall. 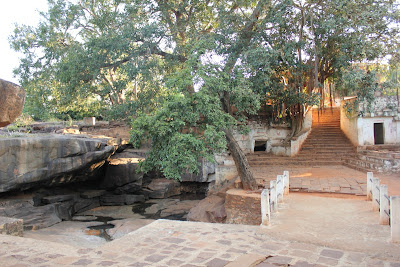 A Shivalinga to the left. Two rectangular pockets have been hewn out for water to collect. The water is clear and cool. Poojaris and Pilgrims take bath here and perform Shiva-pooja. 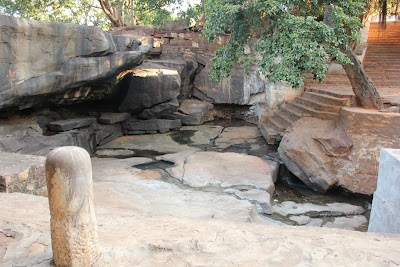 The ways of nature is amazing. See how Mother Earth stores water deep inside and lets out little by little. 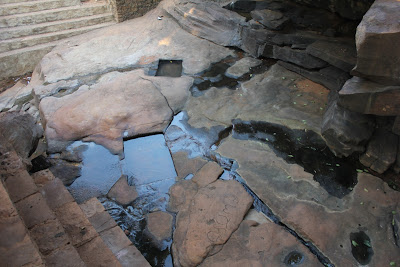 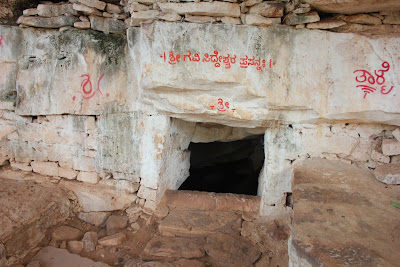 Inside of the temple, a Shivalinga and holy relic depicting a pair of feet. 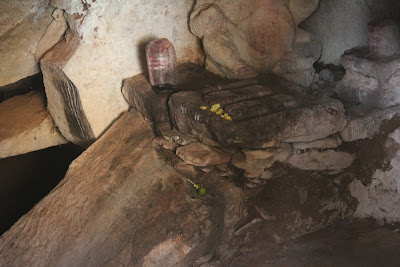 I cannot recall the name of this temple. It's an ancient Chalikyan style temple. 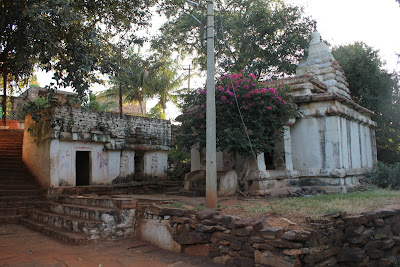 Hope I'm not wrong by calling these Dwarapalas. Probably this is the first time I'm seeing goats depicted in temple. 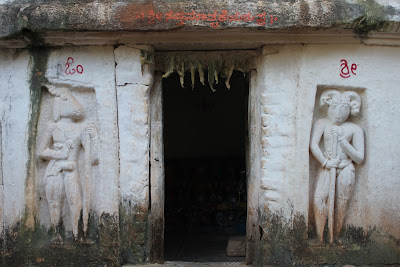 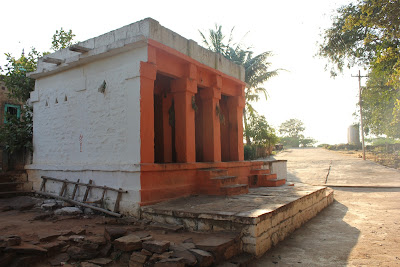 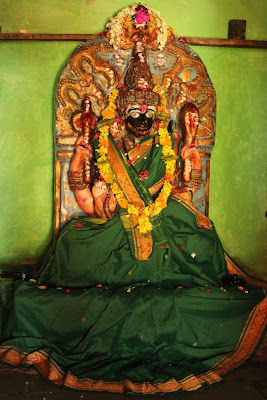 Tomb of the ascetic who attained Samadhi here. 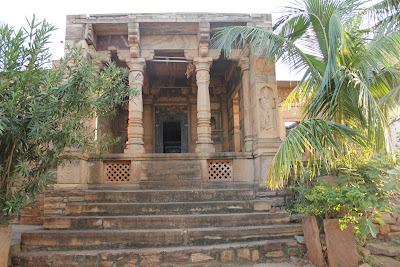 The care-takers invited me into the kitchen to show Swamiji's photo. I'me not sure which of these two holy men was the Ajja who lived here. 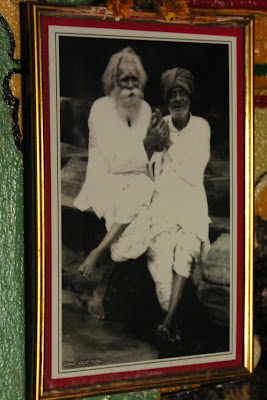 The care-takers just before I left Siddanakolla. 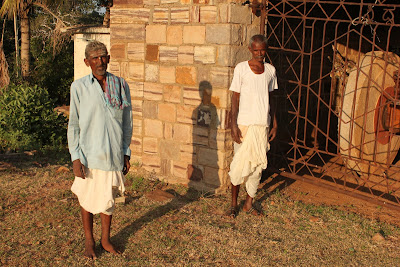 It was around 5-15PM when we left for Aihole. Back home I realized I completely forgot about another fort less then a kilometre to south from Siddanakolla. I had found it in Wikimapia, it was referred to as 'fort near Mangalagud'. If I had visited it, it would have been the sixth fort of the day :(

I think in Srikalahasti also, Shiva faces the West. I hope you can the similar pictures for Srikalahasti.. all I see is fences for people these days..

@Arun if rainfall is good, August to October will be a good time to visit Siddanakolla.

@zihva I never realized Srikalahasti temple is west facing. I agree many popular temples are full of fences, barricades and boards :(

@ Team G Square thank you for the input (Naigamesha) and also for introducing puratattva.in

Wonderful! Finally this place is confirmed. Your pictures are splendid. I saw just one picture in google earth of the palce, and since then wondered where it would be (google earth seemed to show it incorrectly). With your confirmation I will not miss this next time I visit Badami. Alas, I missed it last time. Thanks!

@ architect Nikhil Thank you. Try to be there by 4PM, you'll probably get to see sun rays falling directly on Shivalinga in the west-facing temple.

The ascetic pf that place was the person with both white hair and beard..His name was Siddappajja..He is my Great Grandmother's Father!.