The nine rock edicts of Samrat Ashoka in Karnataka

Thousands of candles can be lighted from a single candle, and the life of the candle will not be shortened. Happiness never decreases by being shared. - Gautama Buddha (563 BCE to 483 BCE) 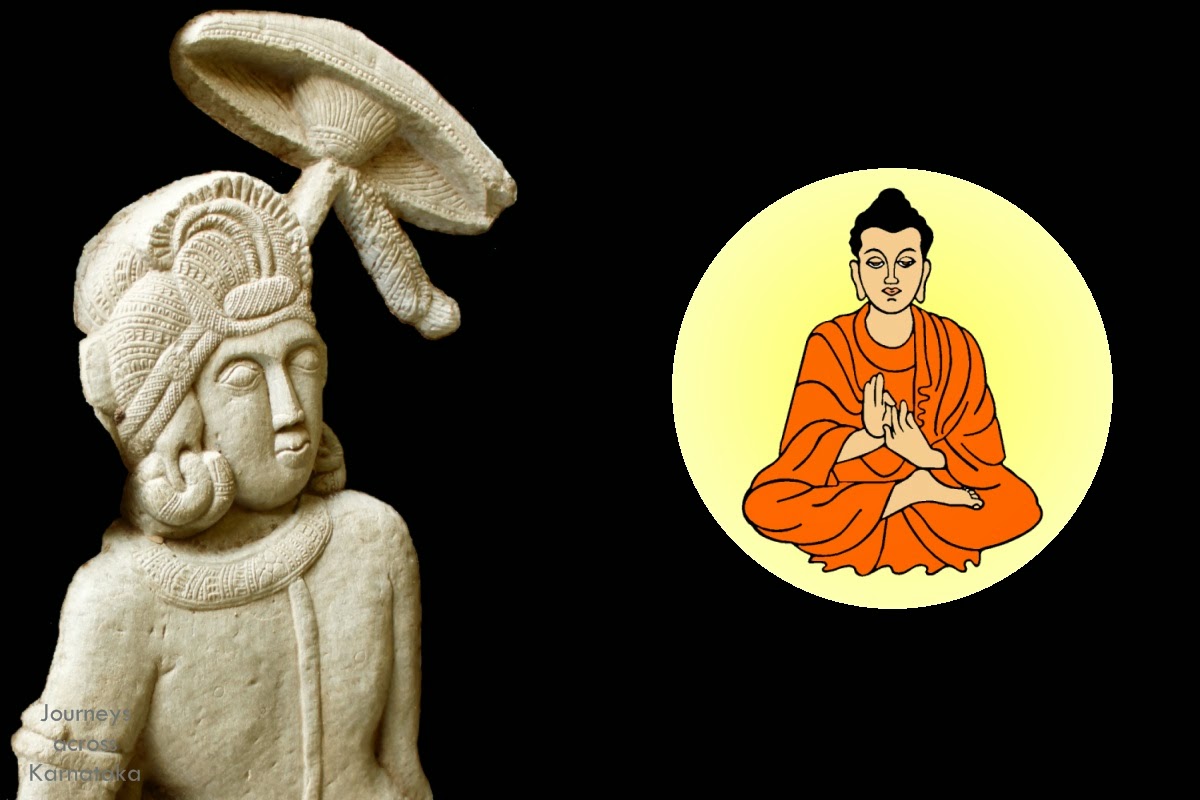 More than 2½ years have passed since I am a upasaka. A year or more back (I was not very zealous). I am devotedly attached to Buddhists clergy. I am after visiting the Sangha. In that period (formally in Jambudhipa those Gods did not mingle with people with people are mingling now.It can be achieved by the low born also if they are very much associated with dharma. Gods are not connected only to the (uda) high class people but also can be achieved by (khudake) poor man. cavataviya - it is told that both. If you follow my proclamation both can achieve the goal. If you follow this it is going to go on increasing and become everlasting. - Samrat Ashoka (304 BCE to 232 BCE)
Buddha preached the way to peaceful existence and Ashoka spread Buddha's doctrine of peaceful existence. Ashoka had his message inscribed on natural rocks, pillars and slabs. Readers were appointed to read out the messages to people.


Locations & Inscriptions:
In the history of the world there have been thousands of kings and emperors who called themselves "their highnesses," "their majesties," and "their exalted majesties" and so on. They shone for a brief moment, and as quickly disappeared. But Ashoka shines and shines brightly like a bright star, even unto this day. - H. G. Wells (1866 to 1946)

Above pictures were compiled in about two years by visiting each of the nine sites starting March 17, 2012 at Gavimath Koppal and completing on December 22, 2013 at Ashoka Siddapura in the order listed below. To know more about each of the edicts, click on respective links-


Here's a post comparing Koppal and Brahmagiri edicts- Notes on Koppal Inscription of Ashoka
.........
Posted by siddeshwar at 12:30 AM

Appreciate it very much. These rocks look so fascinating! When I passed through Hyderabad-Bangalore route, I could so many rocky mountains. The landscape looked so enchanting because of the red rocks.

Buddha Poornima greetings to you.

Buddha Poorinama Greetings to you too Siddesh... Nice Article & Pics...Thanks for sharing

Hi Siddeshwar, Budda poornima greetings to you. Very timely article. Thank you very much for sharing.

I especially loved the tasteful enclosures around the rocks. You should see the ugly one in Delhi.

All known edicts of Ashoka are in good hands. Each of them have a care-taker. We should thank people responsible for it.

Its sad to hear about Delhi edict, being in the nation's capital it should be really cared for.

How wonderful of you to share all these wonders, Siddie!

I am very much thankful to you dear Siddeshwar. Because of your detailed description of the places near Bellary, of Ashokan Inscriptions I could dare to visit these inscriptions.
Whatever Nirdesh Singh says about Delhi Ashokan Inscription, ... I do agree with him. Ashoka's pillar near Bara Hindurao Hospital is maintened in better condition, but Firojsha Kotla pillar is visited by many unwanted people nearby and the make place dirty. Ashokan Rock Inscription near lotus temple has very bad enclosure.
I realy ejoyed the visits to these places during March'2017.

Ashokji, it was my pleasure talking to you. Glad you could visit most of the sites in Karnataka.

Siddu, really impressed with this article. You have spent good amount of time on this.
- Subbu

Subbu, I truly enjoyed every minute of this research. thanks to all the people who helped me here. and thank you for the kind words.

You have done a great job sir.
I am very happy to read your great work.
Nitturu, Udegola and Jatinga Rameshwara Rock edicts give much information about "Devanampriya Priyadarshi" of Mauryan Dynasty.
One and only Inscription is having name of Ashoka: Maski Inscription.

Thank you sir.
Continue your new expeditions to research our Ancient Gems.