December 29, 2014
This is the view of Nidgal Betta peak as seen from three fourth way up. I\m standing in the the inner most fort. In the foreground is a temple and next to it the water tank. On the peak is Basavanna temple.. reaching that temple requires some serious effort. The peak is close to 200m (about 700 feet) from ground level. I had lost lot of fluids and felt dehydrated My three teenage guides, boys from Nidgal village- Nagesh, Thippesh and Naveen -seemed tired and thirsty. We sat down in shade, relaxed 10 minutes, had water, then five more minutes of rest.. felt better. 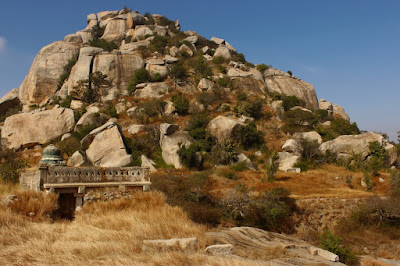 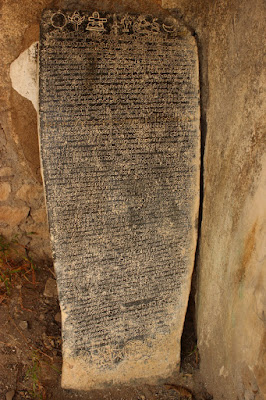 This is water tank has stone lined wall. When full water can be pretty deep here. 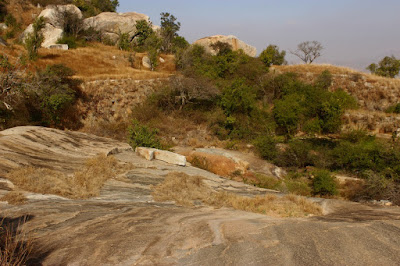 A stone's throw from the temple is this flat-top boulder with a series of holes.. quarry marks. This boulder was to be broken into smaller pieces for some construction work. From the crack has grown a clump of grass.. I told my friends this looks like a poojari's head with a juttu; they smiled back :) 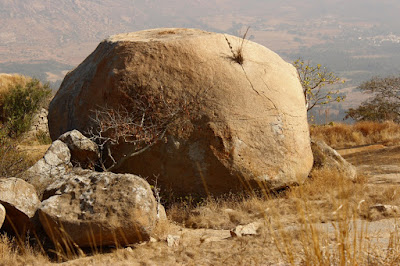 View of the rampart wall from a spot next to the boulder.. a small gateway in the wall. To the left is a bastion (see inset) on the bastion is a damaged cannon. The bastion is basically a dirt mound, enclosed by a layer of dressed granite blocks however most of the blocks have fallen off. 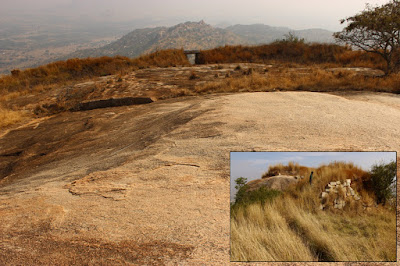 The barrel is quite similar to the ones seen at forts of Bijapur, Raichur, Gulbarga and Bidar districts. It seems to be an assembly of several forged cylinders. Thippesh is inspecting the cannon's barrel 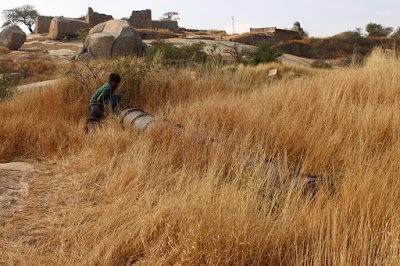 Few pieces of the cannon have separated out, while one is on the bastion (see inset), the second one has rolled down and covered in a layer of dirt. The muddy piece seems to be rolled down by human forces.. probably someone must have tried to take it out of the fort. 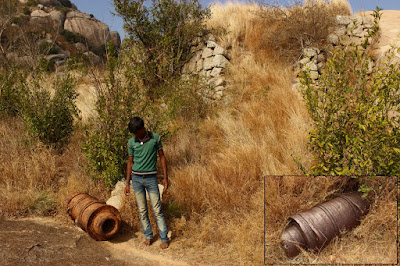 We take a walk towards the gateway.. the wall is not really high nevertheless even a low wall can delay enemies' entry into the protected area. 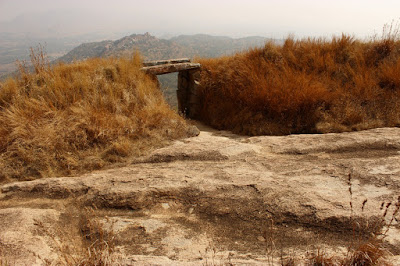 View of the wall from outside. Naveen was camera-shy, caught him escaping. Thippesh and Nagesh were fine. 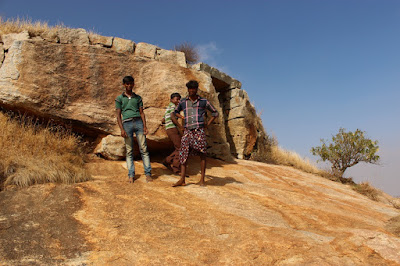 Photo of the day: Nidgal peak through the fort's gateway. 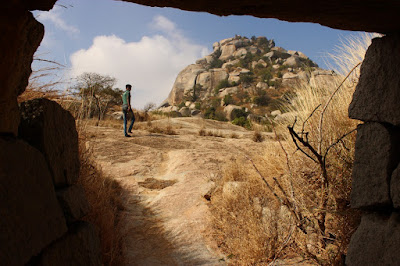 There are two structures, very similar to the buildings seen at Ratnaghiri and Midigeshi. Especially the two perpendicular bands. Close to these buildings is a grinding pit.. rubbo-kallu in Kannada. 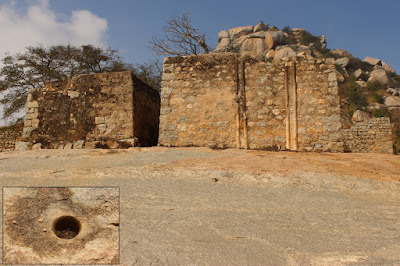 The other side of the structures. The one on left seems incomplete. 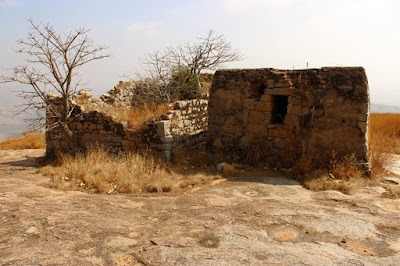 Time to leave, we slowly head back towards the  way we came. Soon we will be going down a steep gradient and reaching a spot just below this spot. 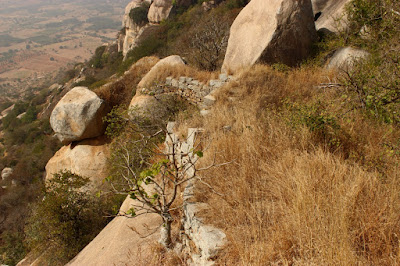 Earlier we had passed by the ruins of a palace, here'e a bird's eye view of the plains. Next to the ruins is a large pit.. probably a well or a water tank. This plain land is enclosed between two hills. On the opposite hill runs ramparts walls. 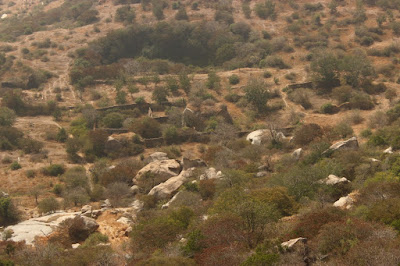 In this picture you can see part of the hill I'm shooting from, the plains and the opposite hill and the village beyond, You can see rampart walls all over the hill and plains. 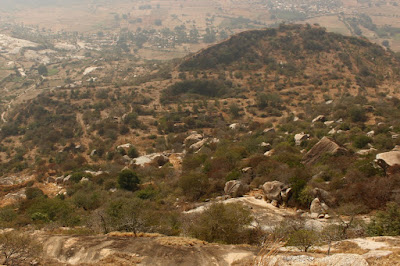 Descending was not as strenuous as ascending but I had to concentrate on the path, very step had to be considered with care. We took exactly the same path as we had climbed. At the one of the gateways, I found another symbol.. overlapping rectangle and triangle.The rectangle's center line is the triangle's median. What's the significance of this figure? 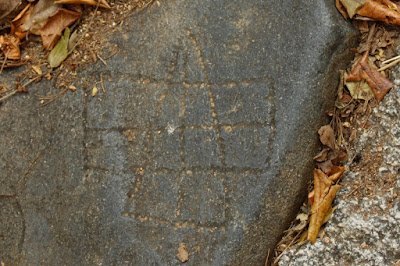 By the time I reached the plains I was exhausted, I thanked my friends for their time and patience. The cabby Vinayak had brought his cab closer to the the last gateway.. it spared me another kilometer walk. I got into the car, pulled out a water bottle and took mouthfuls of water, trying to quench thirst.. 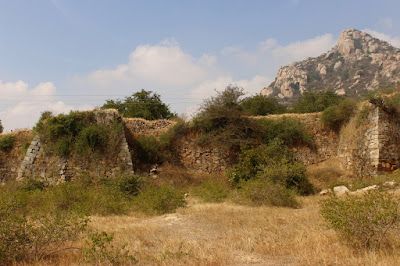 Nidgal is one the forts I wish to come back to, I have to visit all the ancient temples here. Also, I would like to see Shirdi Sai Baba's temple.

Our next destination was Pavagada but when I saw the hill, I dropped the idea of climbing it. It was too hot and I was dangerously low on energy. I decide to head back towards Tumkur to my host's place..
.........
Posted by siddeshwar at 12:30 AM

:D its an creative imagination to tag the boulder with grass as Poojari's head..a kid inside came into conciousness i think :)

when I pointed it out to the boys, they smiled back, lovely smiles