One of my favorite monuments; Gol Gumbaz is also known as Gol Gummata. The building is an engineering marvel; seven floors high, an unsupported dome with diameter of 40 feet, constructed during an era which had not seen cement. The entire weight of the roof is borne by four massive walls of the structure. I bow to the engineers who designed it and the workers who built it.

My first visit was in 1996. Gulli and I reached Gol Gumbaz at 5-45 AM, place was deserted except for the guards and guides. Our guide told us who got it built, when and why. He told us stories behind it. We started off at ground floor where few royal tombs are hosed and went to the top floor, the whispering gallery better known as the echoing gallery. We could count seven echoes and hear even a whisper 40 feet away as though someone's whispering right into your ears. Gol Gumbaz was supposed to be a meeting hall. The king would hold meetings with important people like foreign diplomats in the whispering gallery so that anything the foreigners spoke among themselves would be heard clearly. I recollected all this during my second visit in October 2009 as my guide Ibrahim narrated. I still wish to visit Gol Gumbaz again.

When ever I spoke to anyone about historical places I would ask them if they had visited Gol Gombuz. If the answer was no, I would ask them to visit asap. One should never miss this wonder of India.

Here are a few pictures I shot during my second visit. 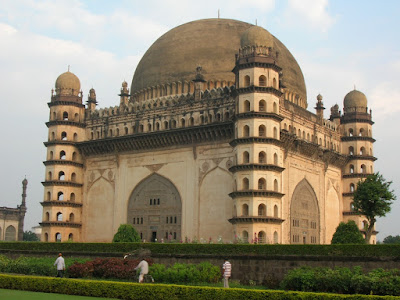 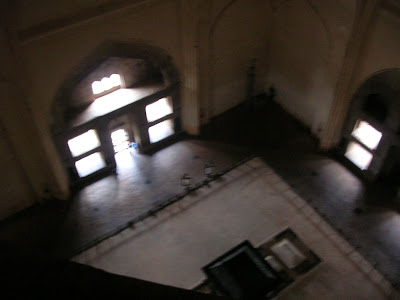 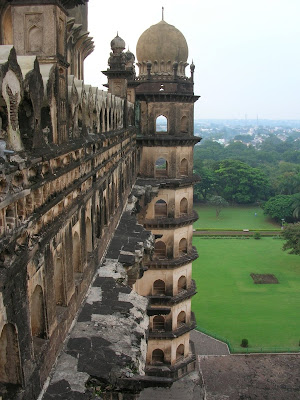 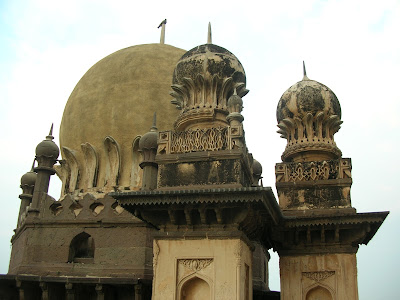 You are right, not only Golgumbaz, Ibrahim Roja (nick named as Agra of the South), Jumma Masjid and Bara Kamaan are the splendid structures - hats off to the engnrs/architechs.

Thanx for the posting..