December 16, 2011
During the visit to Aihole's Jain Basadi, I had explored the rock formations looking for ancient rock art. I had seen a few lines in red color but I wan't sure if they were painted or stains caused by red mud. Here are the links to that image and post- http://goo.gl/IEE6Pt and http://goo.gl/Oa8n6v.

September 15, 2012
It was close to dusk when we arrived at Aihole. Light would fade quickly; we had to choose between search paintings or see megalithic tombs. We chose the prehistoric burial site. The following day we visited the museum at Badami. There I saw the picture of the same painting - that confirmed the presence of paintings at Aihole hill. My mind was made up to explore Aihole hill again.

August 31, 2013
Malatesh and I arrived at Aihole's Jain Basadi by 11-30 AM and set off exploring the sandstone rock formations. We looked for shelters and inspected the walls for paintings. 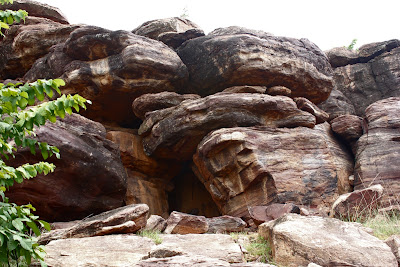 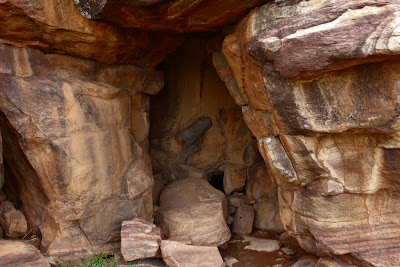 Meanwhile Malatesh had moved on to the neighboring shelter and called out to me - few paintings could be seen. 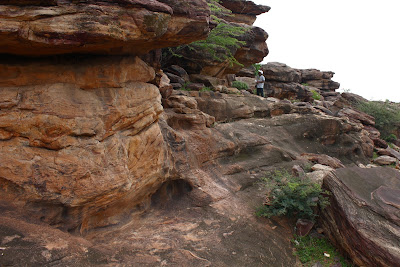 The rock formation is situated on a raised platform. 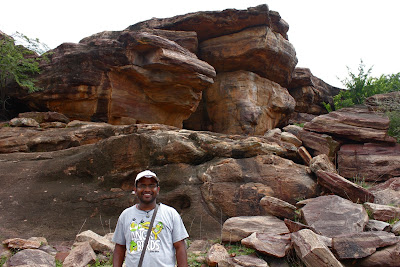 Its not a typical shelter, rather it is a gap between rocks from which water flows out during rainy season. The large boulder on the left has 3 separate paintings marked in blacl ovals A, B and C. 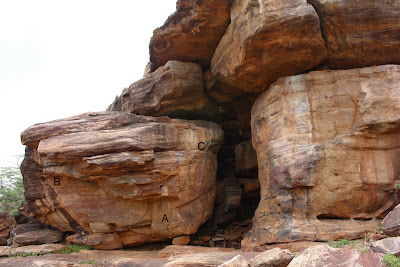 Starting with A, this painting in red color makes no sense to me. 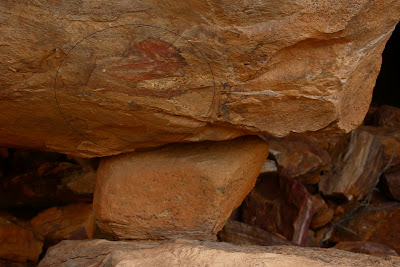 We turn our attention to the painting marked B; this is much larger, a familiar pattern. 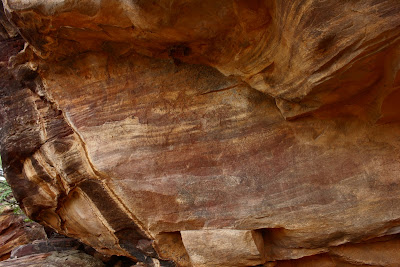 This painting is similar to few paintings of Kutkankeri, the pattern of Indian Hyena coat. 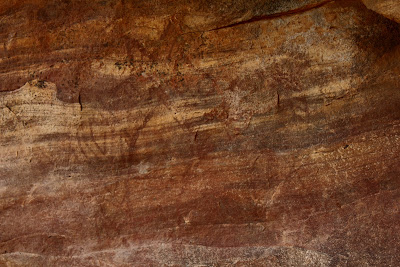 The third painting (marked C) is not very clear, the lines are blurred, paint spread out and faded too. Just outside the shelter on the floor was this small pit, perhaps this was used to grind material to produce the paint. 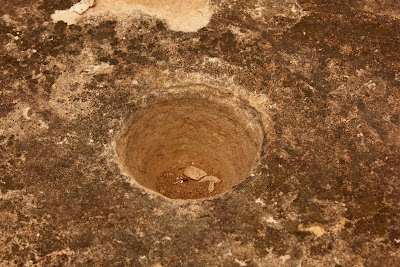 We move along the edge of the hill looking for more shelters. 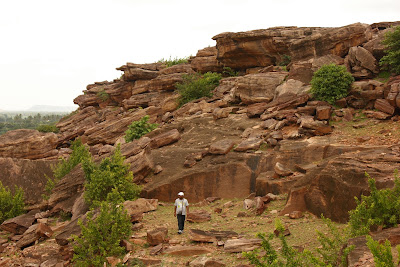 We come the third shelter, though not a typical shelter, it does give shelter from late morning sun. The spot offers a clear view of the valley in which Malaprabha flows. 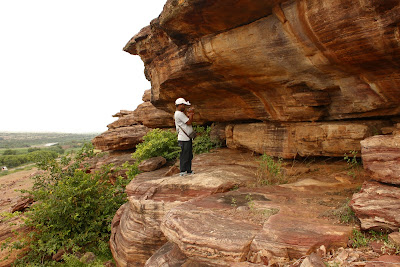 In this shelter are several individual paintings most of which made no sense to us. 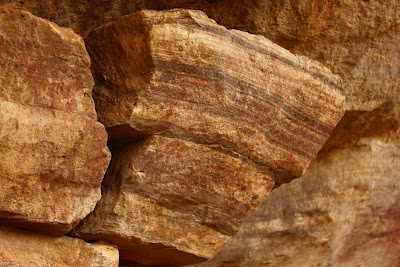 Here's the painting seen during my 2011 visit. Also this painting can be seen at Badami and Aihole museums. 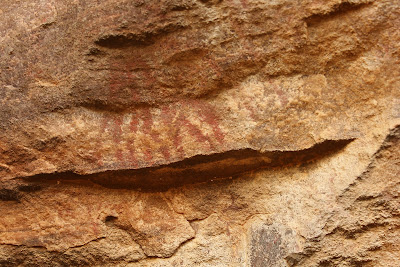 Here the surface has a coating of whitish material, it could be a base - I'm guessing. Again none of these paintings make any sense to us. Wonder if these are a bunch of incomplete work. 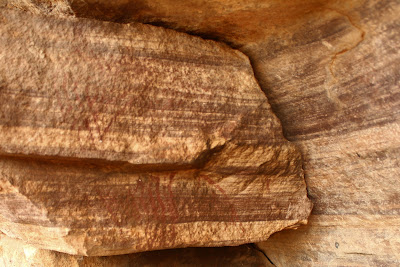 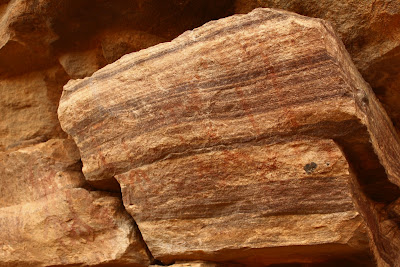 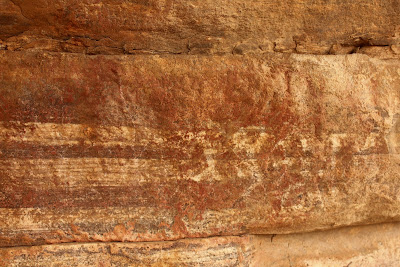 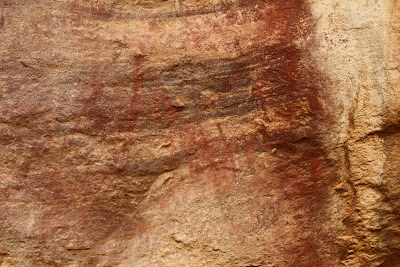 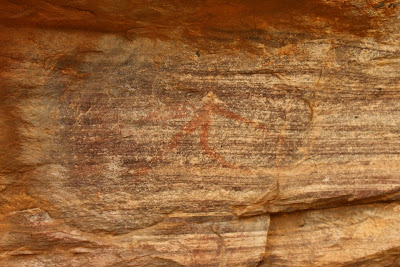 A thought - was this a place for beginners trying their hands at rock art?


The entire exercise took an hour. Breakfast was long gone and our tummies were growling. We decided to lunch under one of the overhangs. The first shelter had some level surface for three grownups. Though not very comfortable, we sat down. Lunch was our usual travel menu- jolada rotti, sprouts, cucumber, carrot, tomato, chatni and curd. This was our second lunch outing at a prehistoric site. On the floor of the shelter where we sat were two sets of pits, both in the form of rectangular  arrays (marked in black circles). We remember seeing such pits in temples and also at Hiregudda of Sanganakallu near Bellary. The pits might have been used to play some sort of a game. 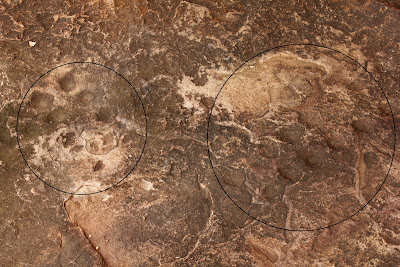 After lunch we dozed for some time, the nap charged our batteries :)

I ws glad to have seen the paintings though we couldn't even guess what they depicted. At the back of the mind I knew there's more to Aihole than what we had seen. I've heard the existence of prehistoric stone circles (cairns) and  barrows. I hope to find them some day.