August 31, 2013
Reaching the hill top was quite easy. We walked along the edge of the hill, ground was was rocky and flat. A small circular hollow structure built of small stones came into view. Its definitely an ancient structure; it cannot be a bastion, perhaps it was used as a light house for the fort on this hill. If fire was lit inside it, the glow would be visible from a distance. Back then armies used light signals to convey messages quickly. 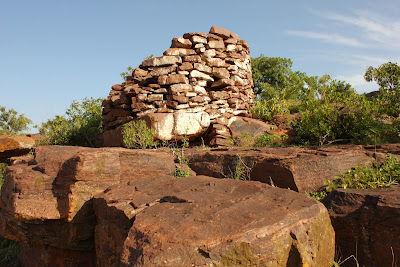 View of the plains, some where on the horizon must be Neelogal and Wakandurga villages. 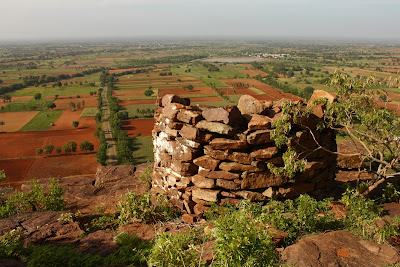 The hill top was amazingly flat, perfect for a football field. Perhaps, several fields. Towards the edge of the hill the ground was rocky, as we moved to the center the rock bed gave way to dirt ground. With recent rains ground was moist and a variety of plants with little flowers created a pretty sight. Those little plants swayed gently in the cool breeze. The fort was no where in sight. We saw a clump of trees where the fort should be.. looks like the fort is concealed behind those trees. 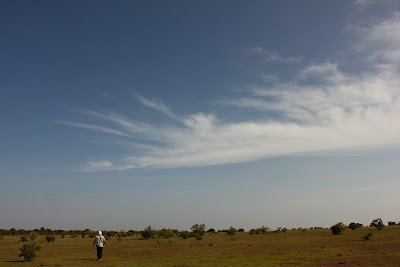 Yes, our guess was correct, we found the ruins of the fort. In plan the fort is a square with bastions in each of the corners. Most portions of the outer wall and bastions had collapsed, all we could was heaps of stones except for this wall. This structure built of large blocks must be the fort's gateway. 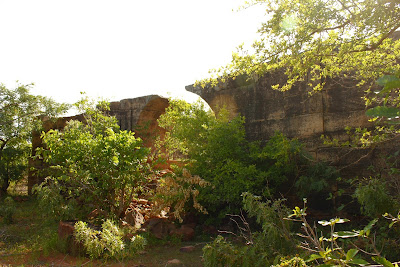 We climbed a wall to get a good view. The fort interior is bare, the wall in background must be a bastion. 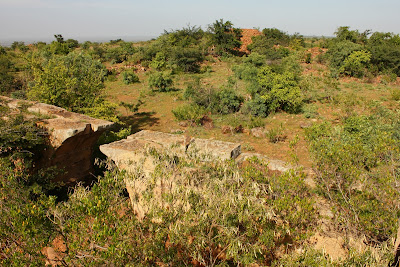 Looks like a grand gateway was planned but for some reason it was never completed. 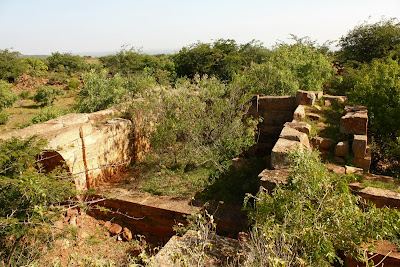 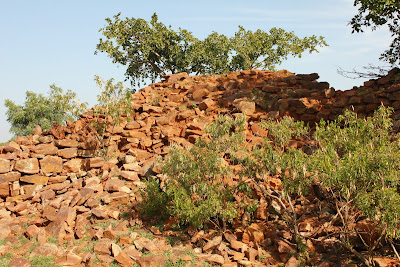 Remains of another bastion and rampart wall. 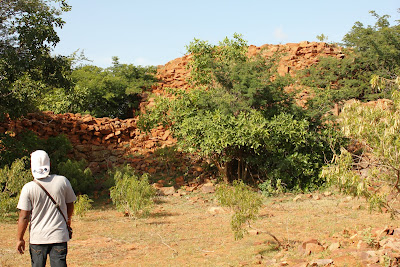 We came out of the fort and walked along perimeter. This is the only other standing wall here. 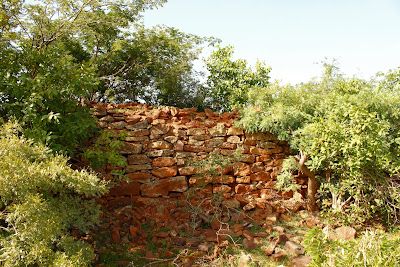 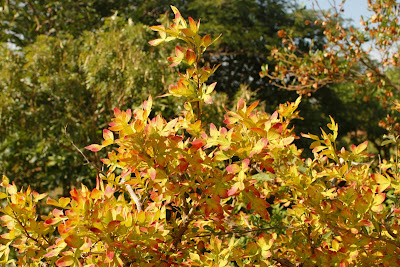 Nothing much remains of this fort. We decided to head back to the base. Instead of taking the earlier route we took a different route. The path was wide enough for a tractor to be driven, perhaps it was made by an excavator. I wont be surprised to find windmills atop this hill few years from now.