The cottage was quite comfortable, slept like a log for 3½ hours. Around 5-45 I was awake and so was Nanda. I headed straight to the bathroom (good 30 meters away from the cottage). In the next 15 minutes most of group was awake. I was through with my morning routine and ready for the trek. Avinash, Nagarjuna and Ramesh too were ready. Instead of hanging around the cottage we decided to climb to the plateau. 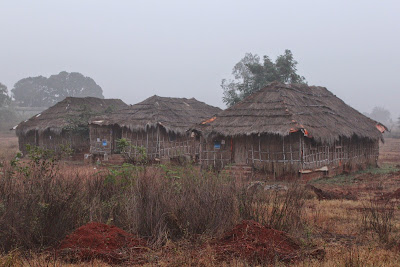 Morning ambience of the place was great.. mist laden air birds singing their morning tunes, everything looked peaceful. Avinash, Nagarjuna and I discussed spirituality; it was mostly about peace of mind - you have peace of mind, you have everything. Well, our discussion faded as the rest of the group appeared over the horizon. It was 7-40, weather was still cool, so the jungle walk will happen. Gaurav was half asleep, wishing the trek idea gets dropped. For this activity two guides were appointed, one to lead and the other would be at the end of the line making sure nobody left out.. if anyone get lost in the jungle searching would be a tough job. 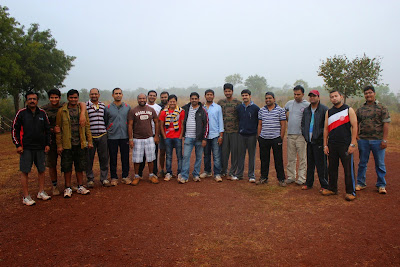 First part of the trek was negotiating a narrow downhill passage flanked by throny shrubs and trees. We had to bend low at places, I would hear thorns scraping my cap. After a while the narrow passage gave way to a wider path. 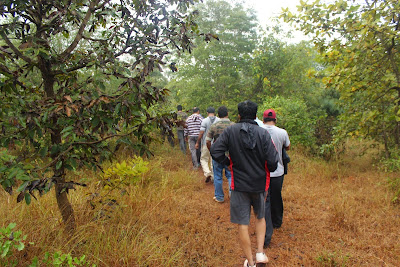 Our path went across a dry stream, I was trying to imagine this spot during rainy season. Dark red water would be gushing down carrying things along the way. 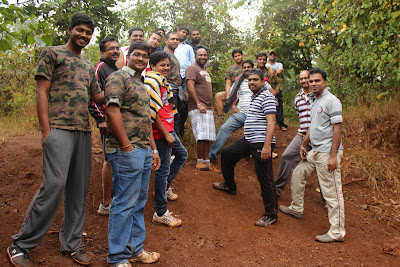 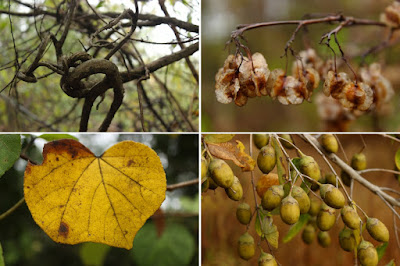 We must've walked 30 minutes or so before hitting this spot, a steep gradient ahead of us. The slope was treacherous.. loose red dirt littered with pebbles and barely anything to hold on to. How on earth are we going down that?? 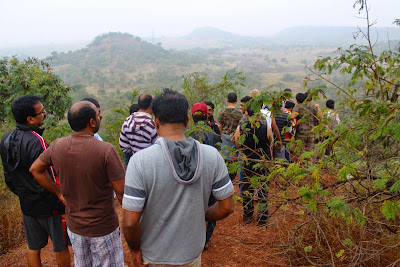 A quick snap of the team, yes we'll do it! 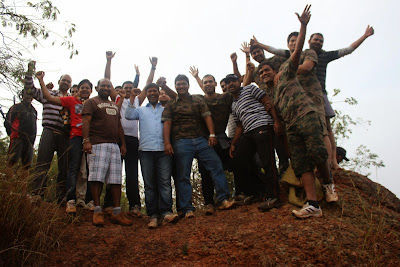 One of the guides descended followed by our gang. I was one of the last few to descend. I hung on to clumps of grass and bushes, barely lifting feet off the ground. Our guides paused the trek for a while so that a group of 5 people behind us caught up with us. Yes, that's the slope we descended few minutes ago. 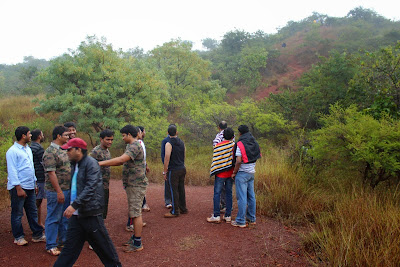 Game of cards while we waited :) Another group waiting with us couldn't believe what they saw - cards game in the middle of a jungle!?! 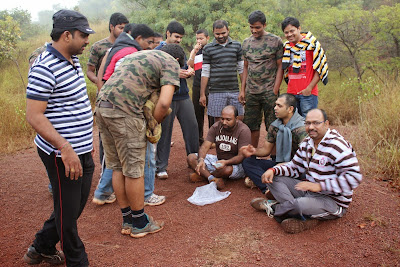 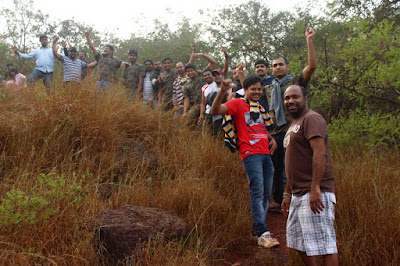 ..our path passed through another plateau. The dark patches seen here are laterite. It's now confirmed that laterite is available locally. Also seen are patches of dug up dirt.. those are wild boars or wild pig's work, usually after rains boars run their snouts through dirt looking for earthworms. Our trek lasted another 30 minutes or so, the path was again narrow and twisty just before reached the resort's plateau.. oh the last ½ kilometer was the same stretch we had taken when the trek began. 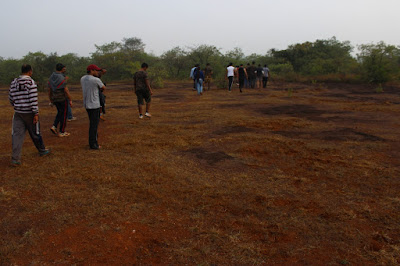 Few more shots- a leaf nest, a curvy stem, stick insect and a split pod. The insect was found by Tarun, he's holding it by its leg for the picture. 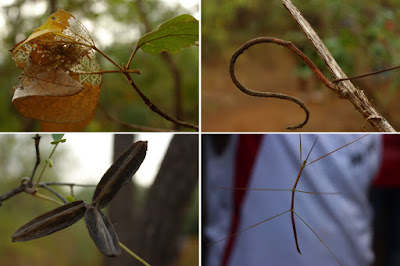 Back at the resort we had breakfast after which most of the team members rested in the cottage.. 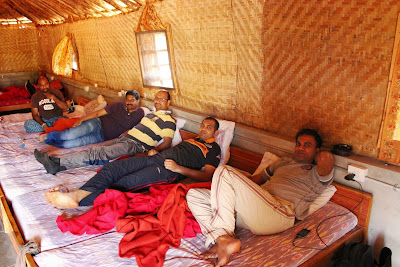 ..while some of the younger folks went for the rope way ride. 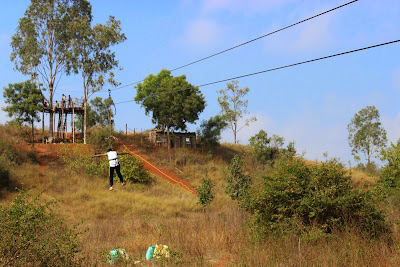 It was time to leave, 24 hours had flashed by. Venkat offering olives,, 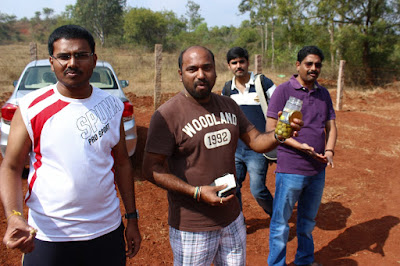 Last group photo before we dispersed. 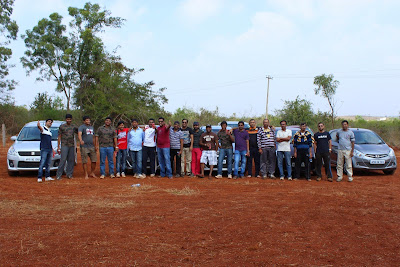 very interesting and attractive blog and post.. i likes it..