About 3 years back I had read a newspaper article about Taylor Manzil. It was very interesting to learn about the unique building. The article did not carry a picture, so I had no idea how the house looked. Some time later, as my interest in prehistoric sites got deeper, I bought the book 'Megalithic Tombs and other Ancient Remains in the Deccan' authored by Meadows Taylor. I became an admirer of Mr.Taylor and wanted to learn more. That's when I decided to visit his home in Shorapur- the Taylor Monzzil.


Colonel Philip Meadows Taylor was an Anglo-Indian administrator during Brtish rule in India. Meadows Taylor studied the laws, geology, and the antiquities of India. He introduced India and its culture to the West through his books such as Confessions of a Thug, Tippoo Sultaun, Tara, etc. Meadows Taylor was one of the foremost early experts on megaliths.

About 1850, Meadows Taylor was appointed by the Nizam of Hyderrabad to administer the principality of the Raja Venkatappa Nayaka i.e the present day Surpur (Shorapur) taluq and surrounding areas in Karnataka. This bungalow was built during his 12 year posting at Shorapur. The bungalow is situated on a rocky hill just outside the town. The building, designed by Taylor himself resembles the letter T in plan. Taylor constructed the building with safety on his mind; it was designed to have escape routes in all directions. The bungalow has a door on every outer wall and 27 doors in total. When every doors is closed and when any door is shaken, all the other doors begin to shake - this has been done as a warning system in case of an attack.


December 24, 2012
Taylor Manzil was the last item on our itinerary for the day. We arrived here from Vanadurga, a fort said to be built during Raja Venkatappa's rule. Shorapur is a busy little town, very dusty because of the ongoing development work. With people's help we found the way to TM quite easily; here we are looking at the 169 year old bungalow. The monument is under state government, currently used as a guest house. In fact the inspection bungalow (IB) a recent construction sits right next to TM.

That's Taylor Manzil. I'm quite sure it looked a lot different when Taylor lived here. 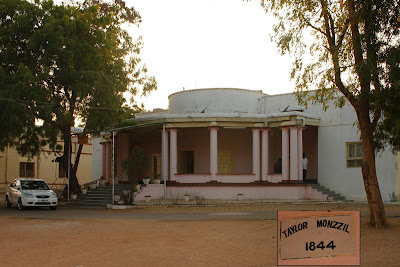 The front portico is spacious, a good place to spend a relaxed evening. The main door is on my right. 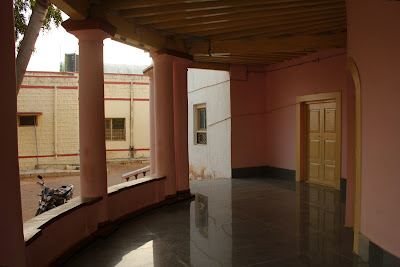 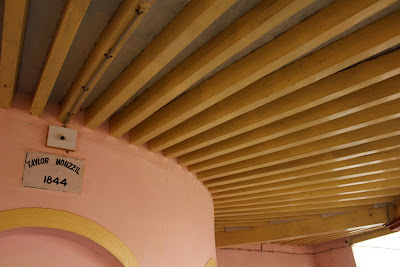 The front doors opens into this room, the living room. Beyond the arched doorway is the lunch room. Bedrooms are situated on either sides, totally four bedrooms. The rooms are large and spacious with equally spacious bath & dressing rooms. 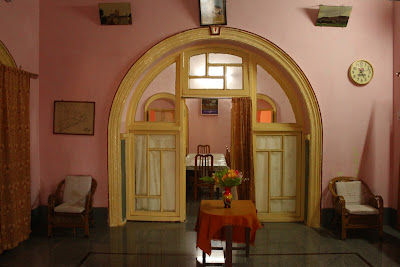 I did not shoot many pictures inside, do take a look at the short video.


The bungalow has plenty of space around it. Also there's a outdoor seating area close to the edge of the plateau, offering a good view of Surpur town. Just outside the compound wall is this oval shaped tank. Perhaps it was a fish pond or a fountain pond. Right now it lies neglected, filled with rubble and trash. Government engineers and official see only big objects, they can't see smaller things :-( 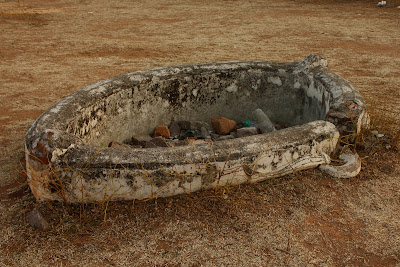 About 150m to the east is a rock formation. I'm not sure if its called Kudure Gudda ~ horse's hill as mentioned in a news article. On the rocks is a small tower, most likely constructed built when the bungalow was built. 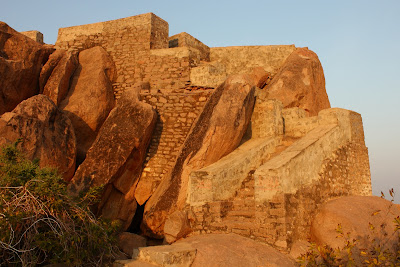 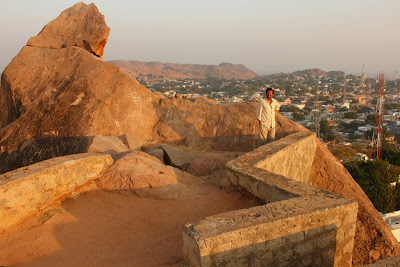 The surrounding area is completely covered with hills. 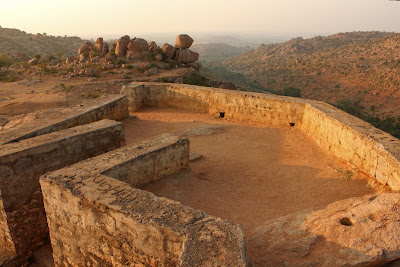 Taylor Manzil as seen from the watch tower. 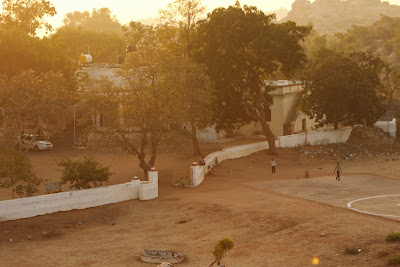 Here's a schematic giving approximate plan of the spot. 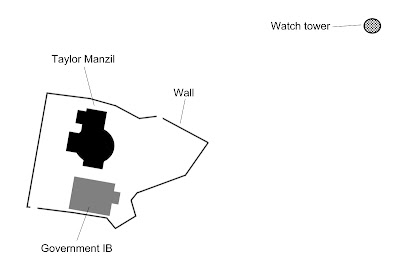 I was happy to have visited Taylors home but sad to see the way it is being used. If you ever see it your own eyes you might underwtand what I mean. In my opinion it should be maintained like a museum. That's wishful thinking.

Thanks for sharing about Taylor Manzil.

Interesting and a good read!

What a wonderful blog,Sir. Thank you so much for sharing your adventures with us. Visited most of the monuments and historical places of Karnataka, last time I was in Bijapur / Kumatagi, Gulbarga,Mudgal, Raichur and Bidar. Did you ever visit Firozabad , 35 km south of Gulbarga ? Incredible,a lot of ruins are standing in the cotton fields, I think only a few tourists have ever seen this place.

Thank you Weis. You seem to have covered a good portion of North Karnataka :) No, I've not been to Firozabad yet. Next time when I go that side, surely I will visit. Thank you again for having toured Karnataka.

Mind blowing building! I stayed at Taylor Manzzil for 2days. Happy and greatful.