Late 1980s
Cycling was one of my favourite activities during teenage days. During high school days, my friend Skanda and I would explore hills, paddy fields and quarries on the outskirts of south-eastern parts of Bengaluru. During one of the summer vacations we went cycling to Bannerghatta. Our ride was about 40+ kms.. big distance for that age. My next trip was a long one- Bangalore-Mysore-KRS-Mysore-Bangalore -another friend named Babu Prasad was my partner. In fact we camped at his village close to Krishna Raja Sagar (KRS). For this ride we has the sportier BSA SLR bikes. Both had walkman. We rode Bangalore-Mysore in a day, that would be 160+ kms! Those were the days!

Nearly 30 years later, I rode on Gandipet lake bund, near Hyderabad. It was a short ride (with a small fall) but I thoroughly enjoyed it. Few days later I was at Bangalore on a short break. My niece Durga's bike was home and I got an idea.. go cycling and visit British era churches in Cantonment area.

2015 May 17 to 20
This tour of churches was done mornings. Here's the bike.. a 7-speed BTWIN. A superb bike for city riding. These photos were shot in my mobile phone Moto G2. 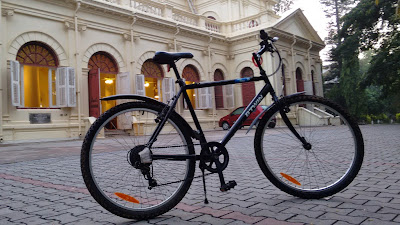 St. Mark's Cathedral: this lovely structure is located at the west end of MG Road, just behind Koshy's. It began as a garrison church in 1808. The present structure was constructed between 1808 and 1812. Check out the ancient paintings and photos of St. Mark's Cathedral in Wikipedia. 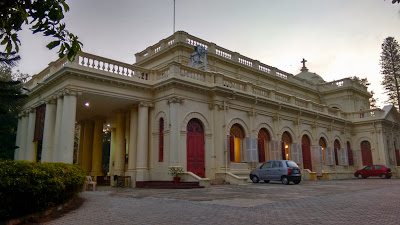 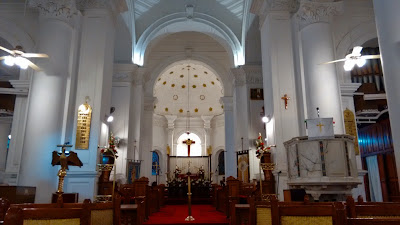 St. Mary's Basilica began as a thatched hut in the 17th century, it was known as 'Chapel of Kanikkai Madha' The church was destroyed during communal riots of 1832. The present structure of the church in Gothic architecture was built in 1870s. The church is walking distance from Shivajinagar bus terminus. 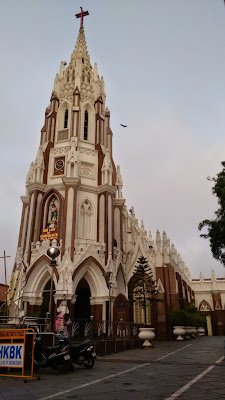 Main entrance of St. Mary's Basilica and a part view of the inside. 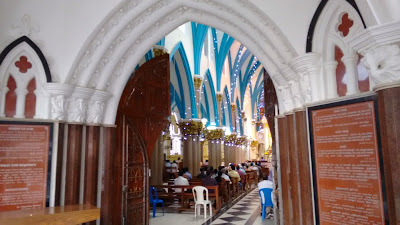 St. Francis Xavier's Cathedral: A twin-towered stone structure. Looks like this church was built in 1830s and 1840s. 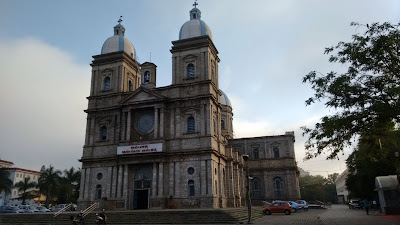 Statue of Jesus Christ on the western side of the church. 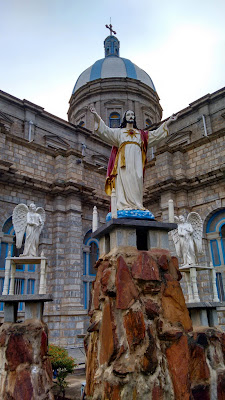 Holy Trinity Church is located at the east end of the MG Road. The mono-tower structure was built in 1840s by East India Company. Back then it was regarded as the largest military church in South India. 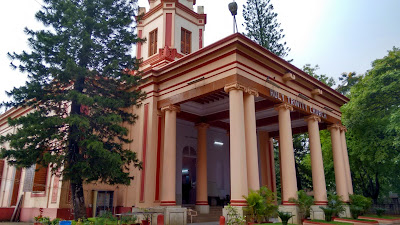 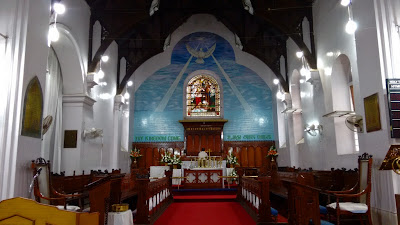 St.Lourdes Church is located in Cambridge Layout. It was built in 1930s and opened in 1937. 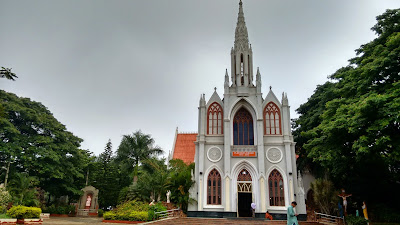 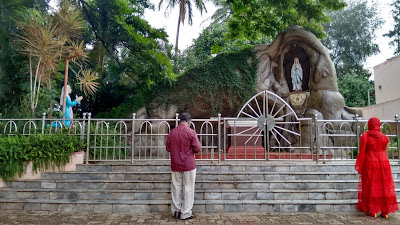 St. Paul’s Church is located right next to Bowring and Lady Curzon Hospital in Shivajinagar. The building was completed in 1840, 20 years before the hospital was built. 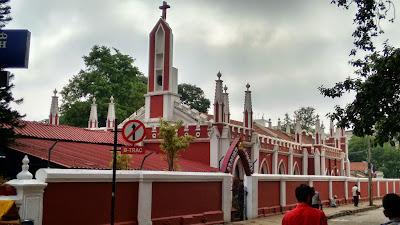 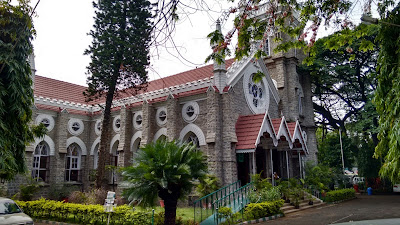 Saint Patrick's Church: this twin-towered structure was constructed between 1841 and 1844. This church was popular with Irish troops stationed in the surrounding area. Check out some ancient pictures on the church's website. 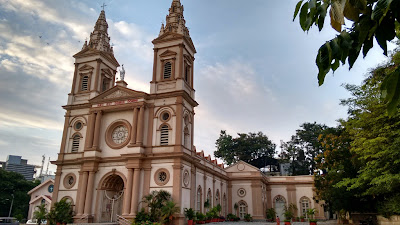 The church's interior is awe inspiring. The dome-shaped ceiling is supported by massive columns. 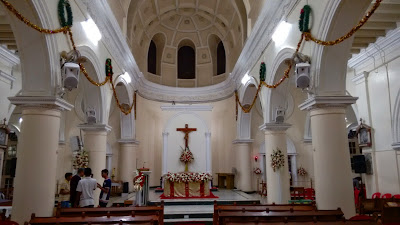 All Saints Church is probably the smallest and the only tiled roof structure. This sweet little building was completed around 1870. 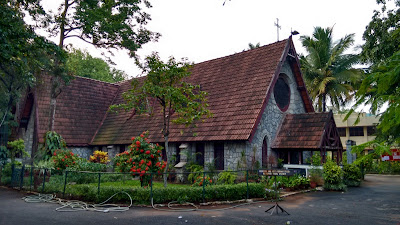 St. Andrew’s Church is located on Cubbon Road which runs parallel to M G Road. The church is named after the patron saint of Scotland, St. Andrew. The red-white structure's architecture is Presbyterian Scottish. It was built between 1864 and 1866. 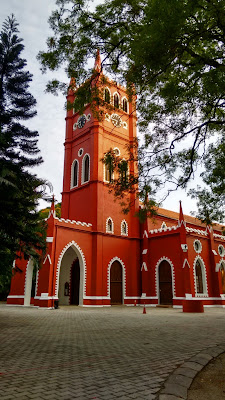 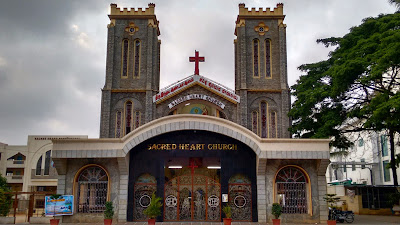 Saint Joseph's Church is located in Mysore Road near K R Market. This church was built in 1867 in memory of Father Briand. 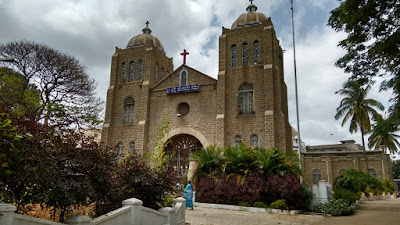 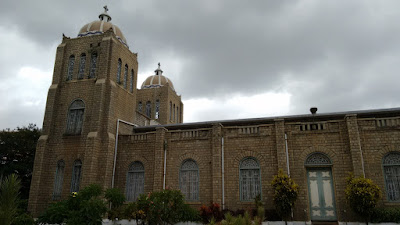 Saint Luke's Church, a Protestant church is situated in Chamarajpete, one of the oldest localities of Bengaluru. This stone structure was built in 1935. 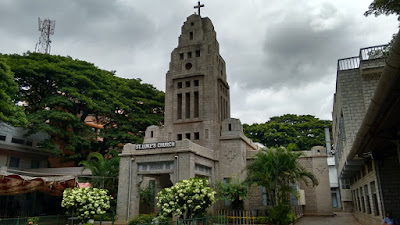 East Parade Church is situated on Dickenson Road off Mahatma Gandhiji Road. This structure was built in 1865. 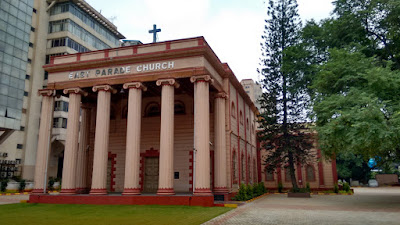 Wesley English Church is situated on Promenade Road. This red-white structure was built in 1888. 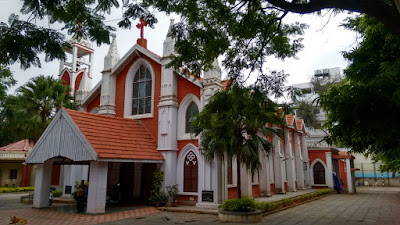 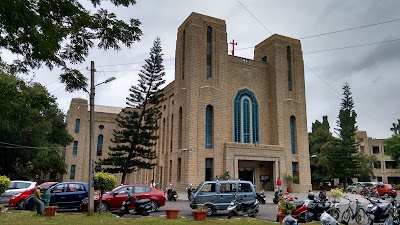 Few more churches to be seen are: