Bhalki fort occupies 5 acres land, is quadrangle in plan having 7m high walls and one bastion. Locally available black stone has been used with lime mortar to build the fort walls. This fort is believed to be built between 1820-1850 by Ramachandra Jadhav (Raja Ramachandra Rao) and Dhanaji Jadhav, satraps (must be vassals) of of King Jang Bahadur. This fort was an arms & ammunition depot for Maratha army. Bhalki fort came into possession  of Nizam of Hyderabad during Brithish rule. Bhalki has two important temples- Kumbheshwar Gudi and Bhalkeshwar Gudi while the former is within the fort the latter is in the town.

October, 2014
I'd driven down from Bidar early morning, first stop being Rameshwar hill about 4 kms from Bhalki. After spending an hour on the hill, I drove down to Bhalki town. The fort is a stone's throw from the town police station. Here we have the main entrance in early morning sunlight, facing east. Looks like there was a gallery over the gateway which has disappeared now. 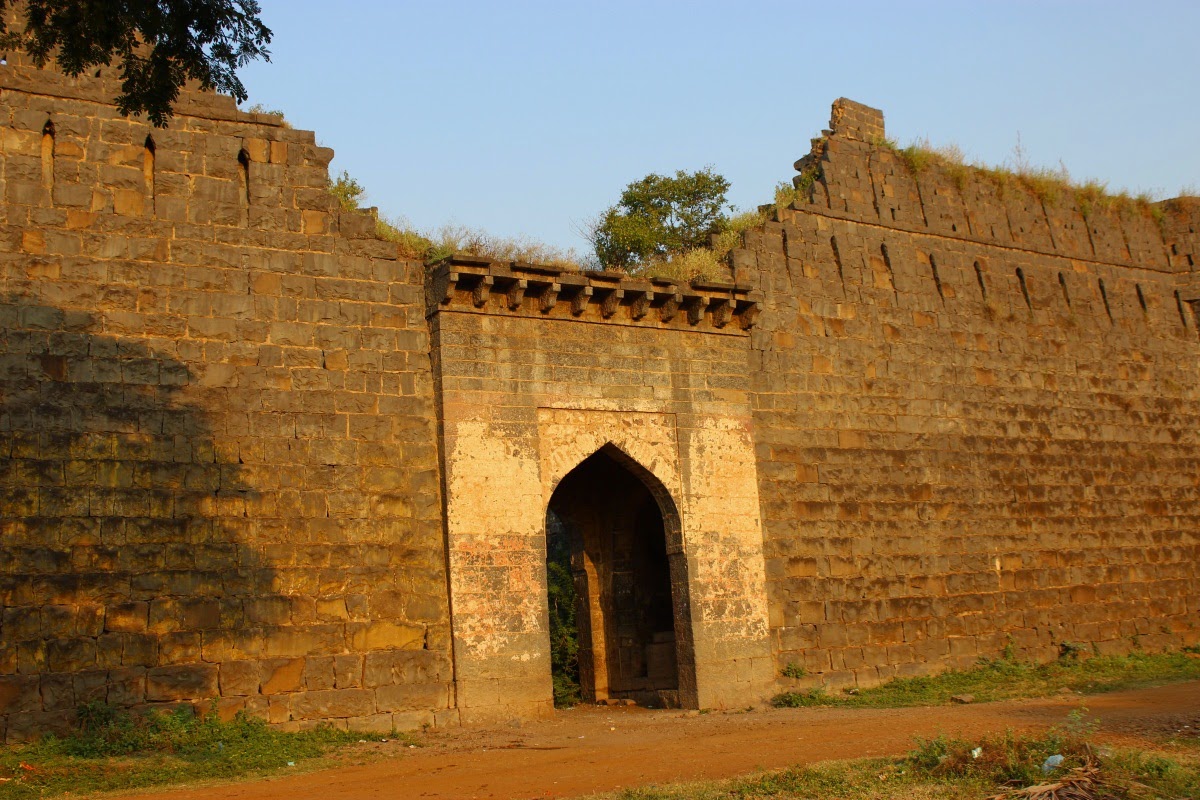 A local man cautioned me not to enter this gateway because of filthiness.. people use this place like a public toilet. Instead he asked me to take the rear entrance. What a shame! People nor the administrators have cared to preserve the town's monument. 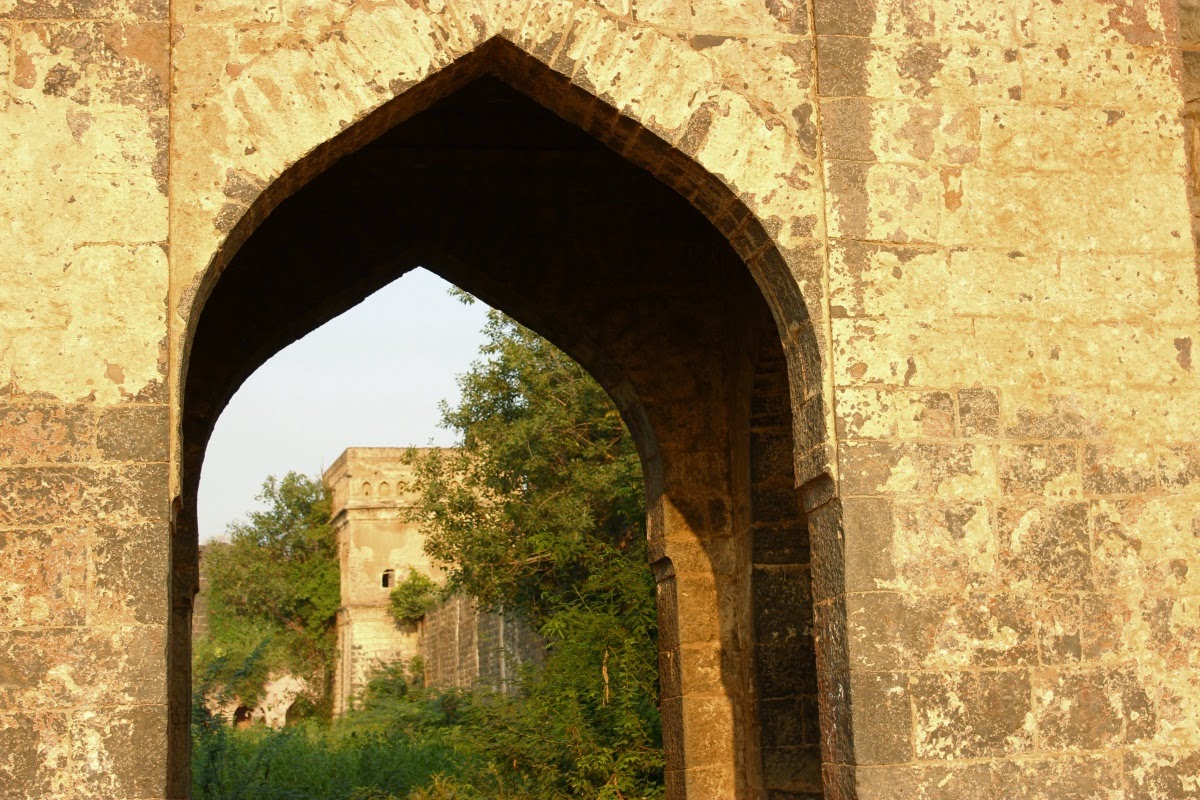 Here's a rough plan of the fort. 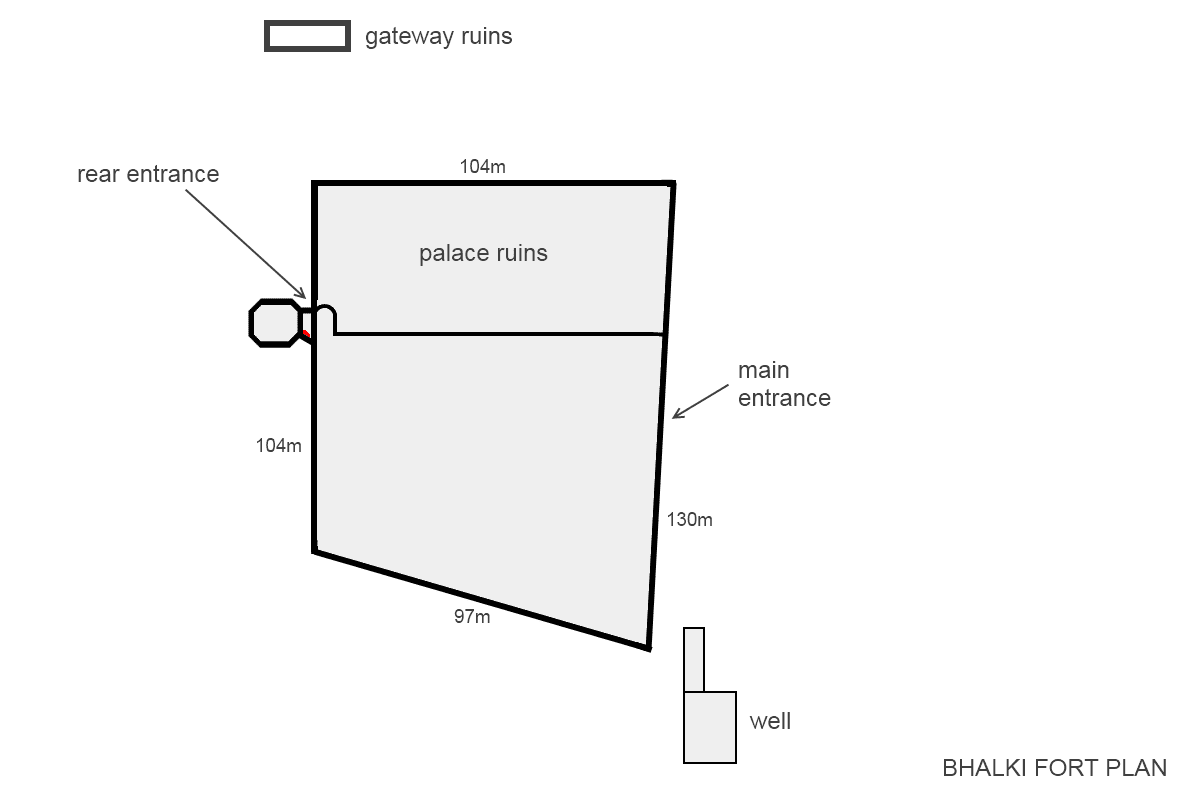 The wall has sentry nests at the top similar to the ones at Basva Kalyan and Bidat forts. 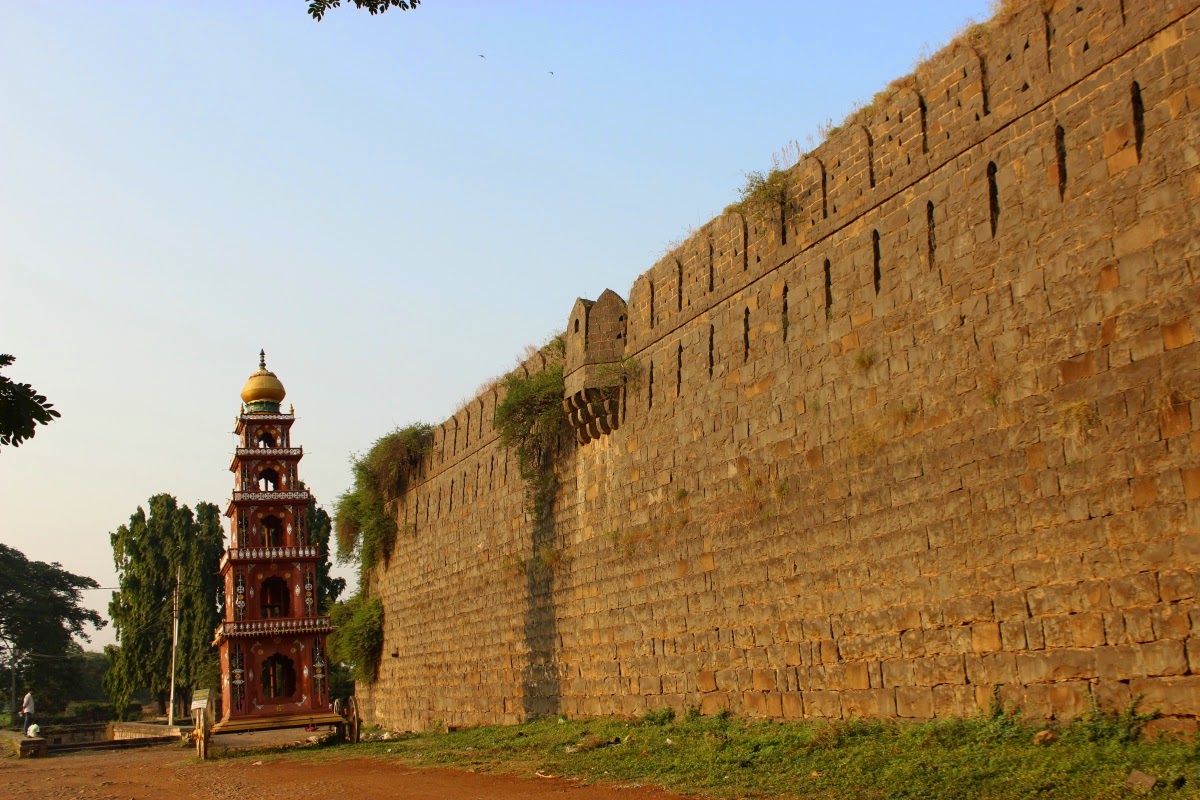 Close to the southeast corner is a Kalyani, it seems to be pretty ancient. The tower-like object is a temple chariot used during annual fairs. My guess is it belongs to Kumbheshwar temple. 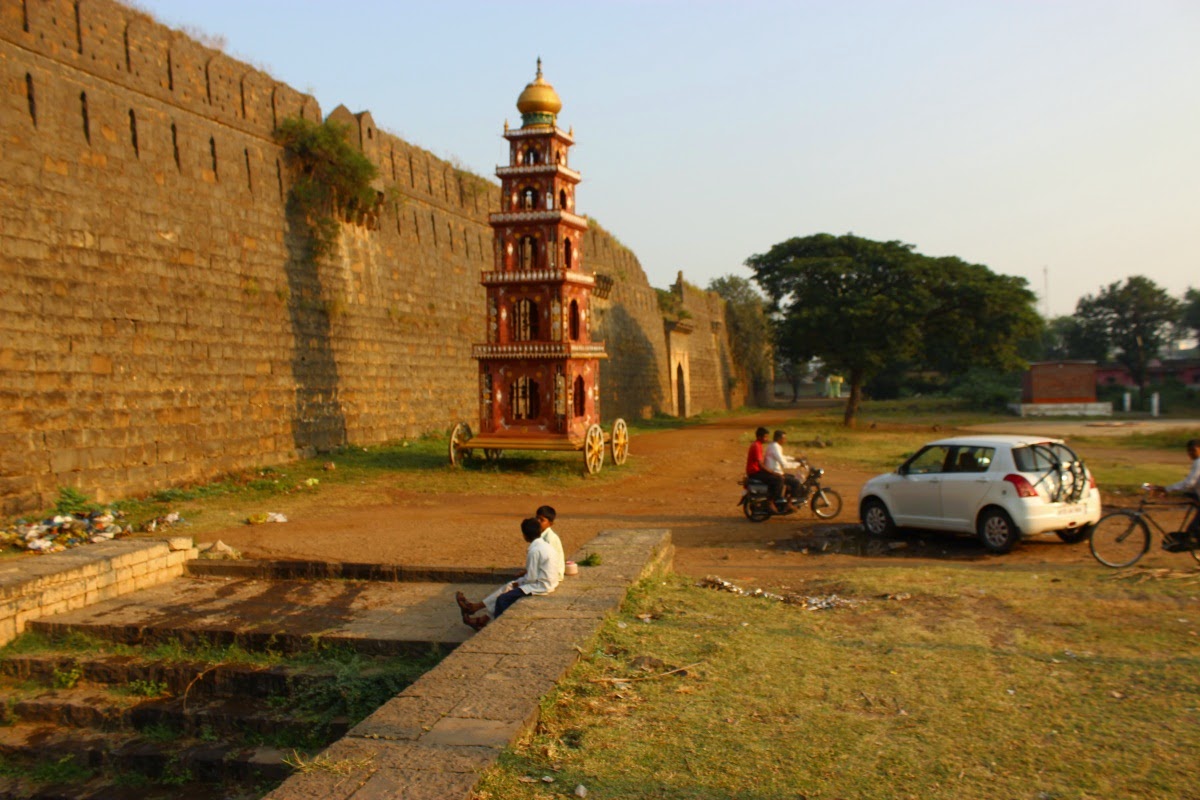 Here's the well. A father and son duo were removing weeds and other waste matter floating in the water, trying to keep the well clean. Looks like this water is supplied to some government office close by. 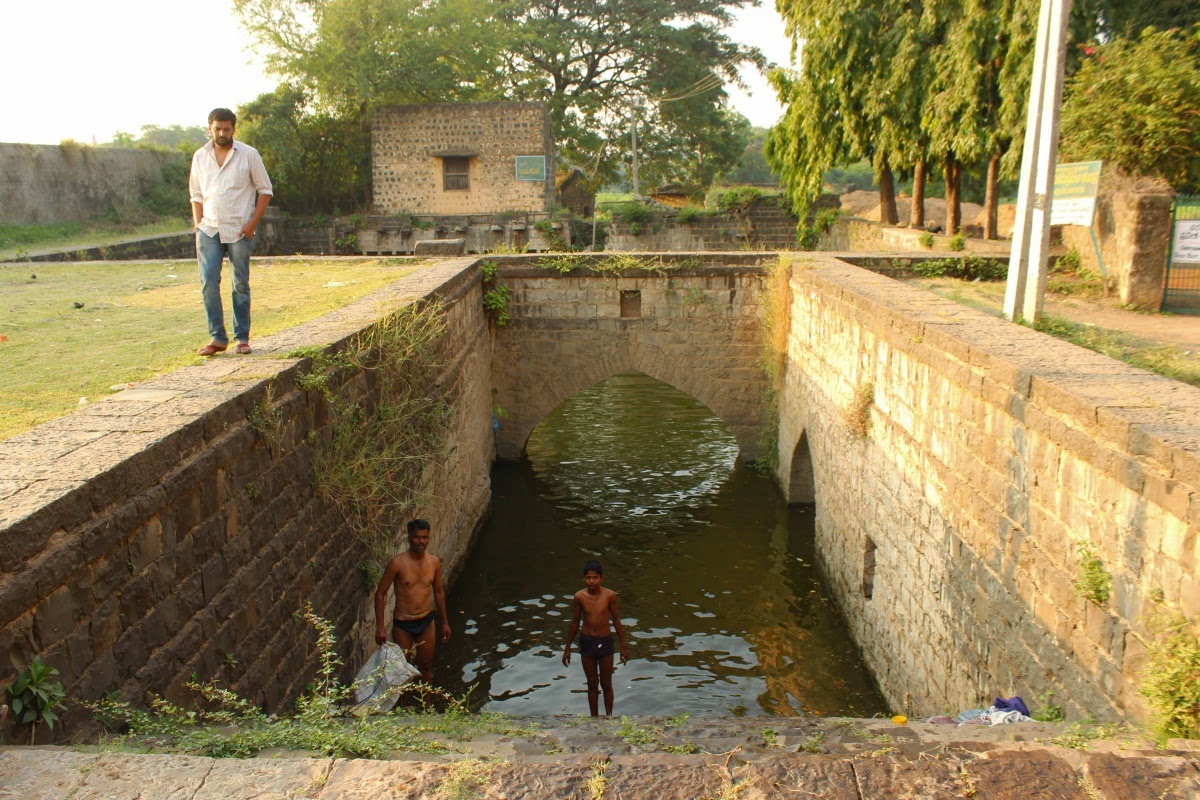 Close to the fort's north-western corner is this gateway. The presence of this gateway means there might have been an outer wall for Bhalki fort. 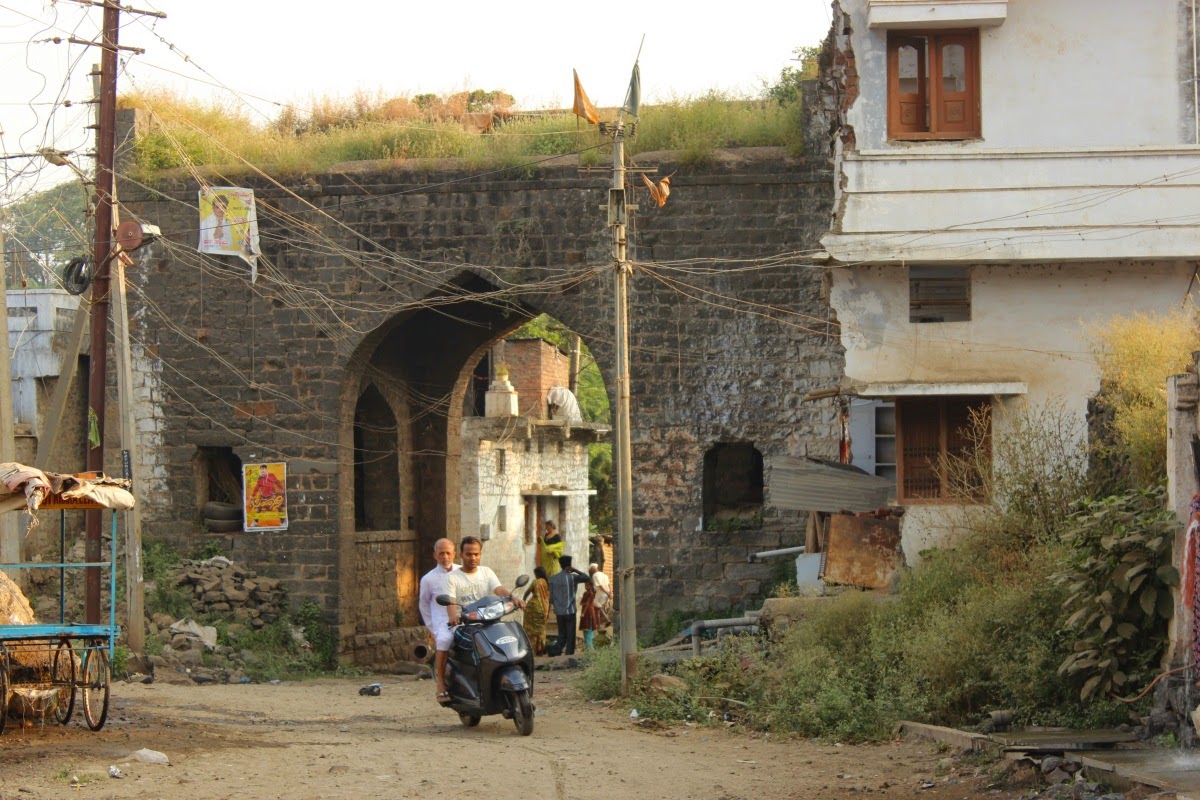 Turning our attention back to the fort; the rear entrance. The passage is a curved path and at the entrance is a small Ganesha temple... walls painted in red. 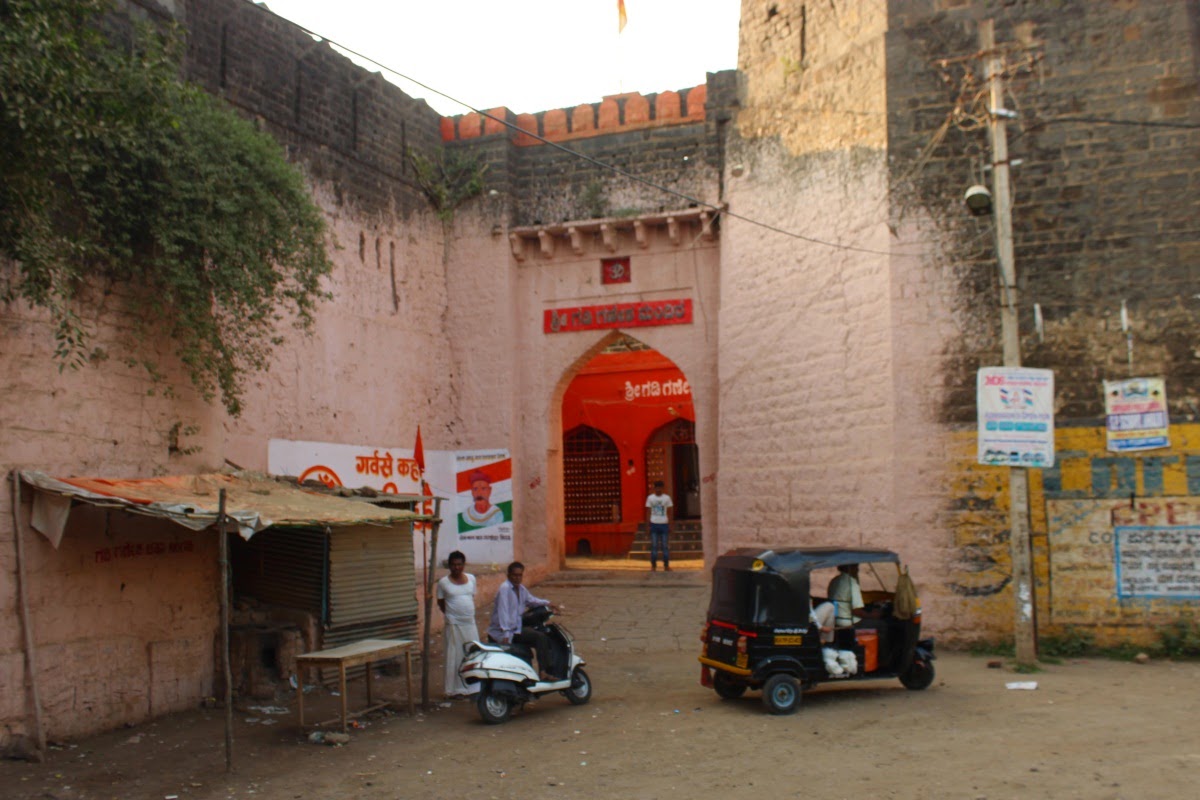 This is the only bastion of Bhalki fort, a massive 8-sided structure. 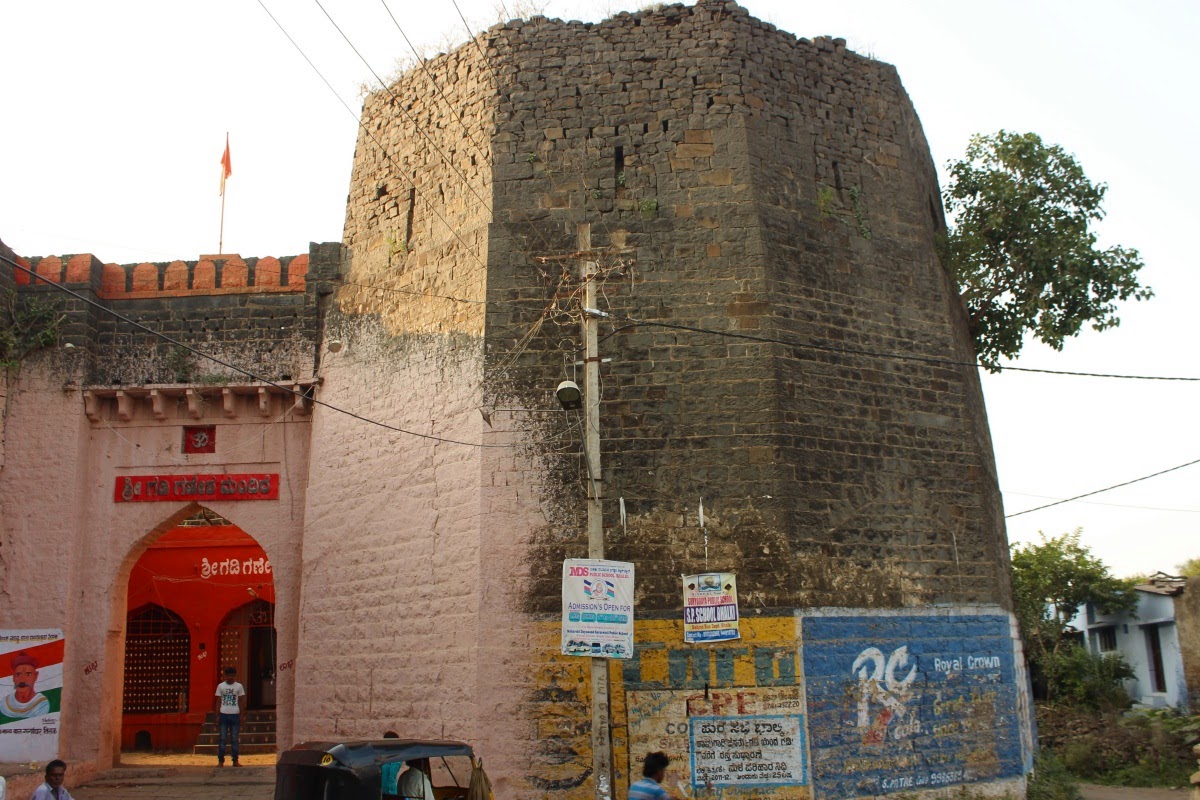 Inside are ruins of a palace and offices presently being used for a school. The gates were locked and I had to manage this shot through the grills. A local boy said the headmaster has the keys and I could ask him to open it. It seems at the top is a Raja seat. I was short on time, let it pass. 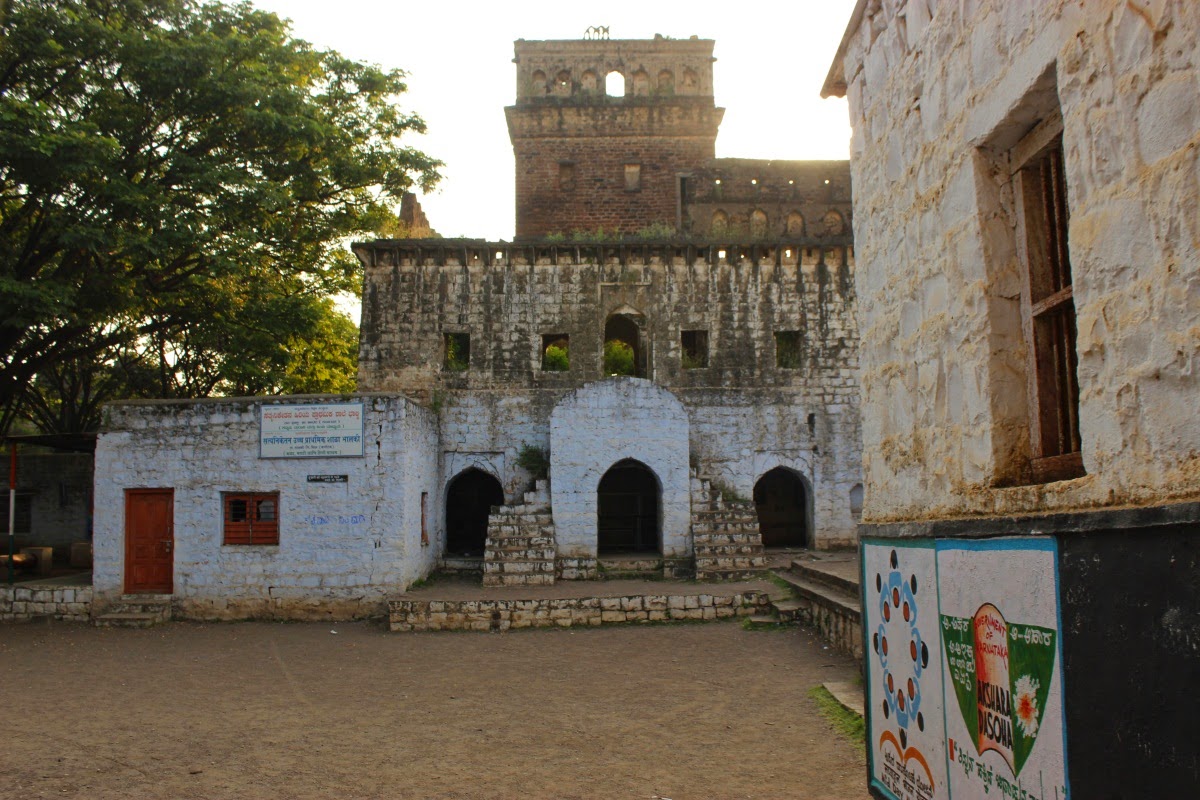 That's the fort wall behind the bastion i.e. the western wall. Some part of the land within has been occupied by a temple, a tank and a mosque. This path ahead of me is the path children come to school, the sides are filthy. This is how our people respect schools :( 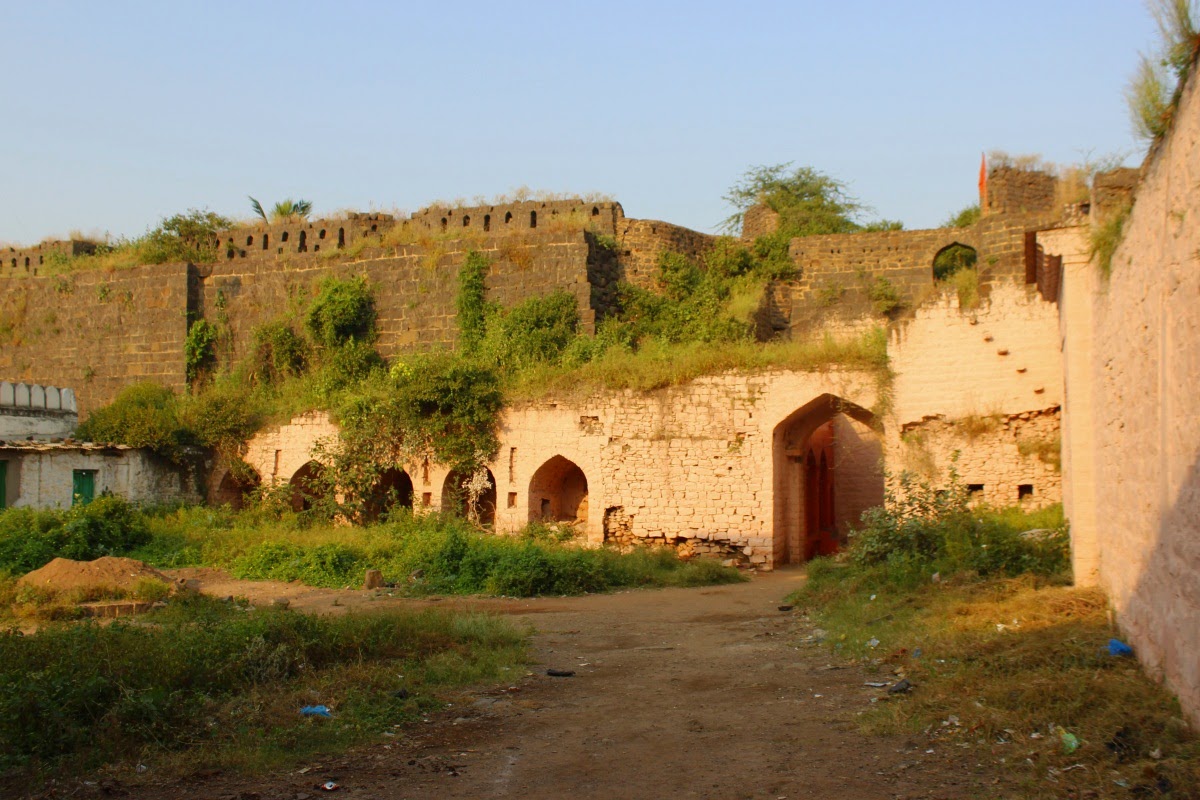 Palace ruins seen from northern side. 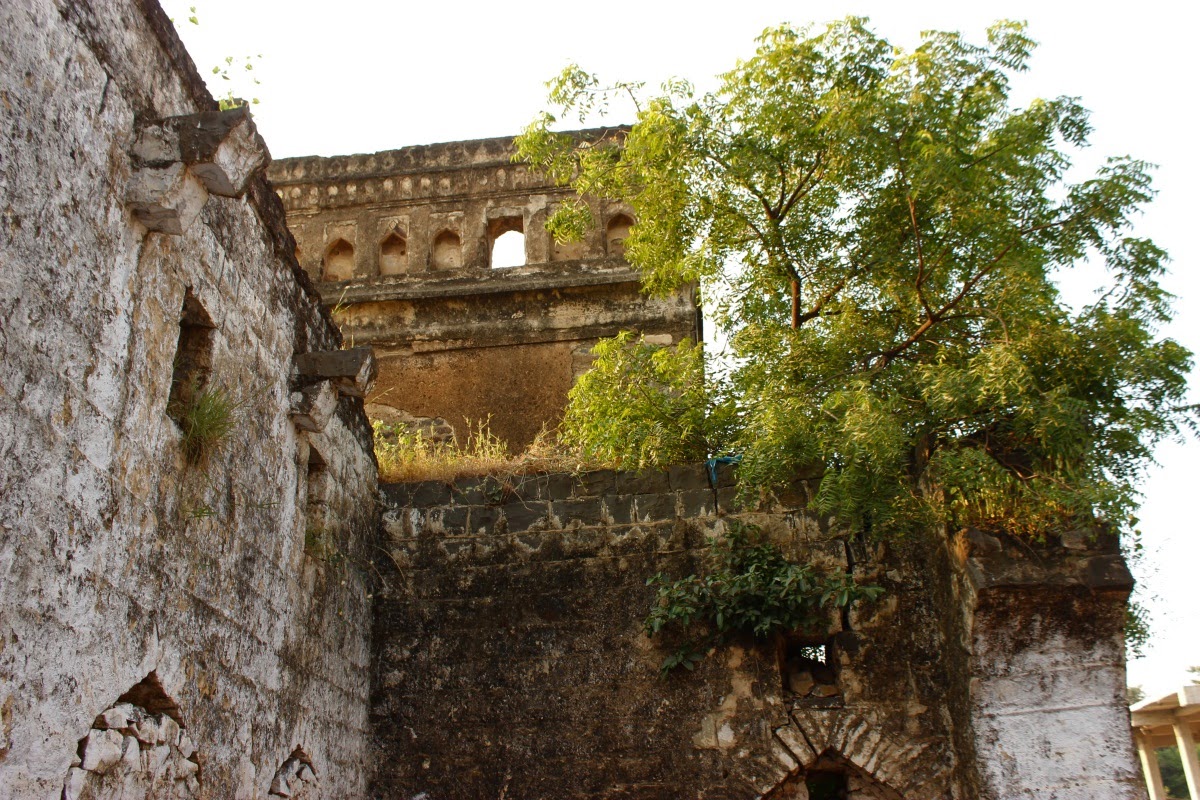 Having done with Bhalki fort, I drive back towards Bidar, road was good, twisty and wavy, flanked by jungle, I enjoyed the 40 minute drive.

request to the govt of Karnataka to under take maintenance of fort as it having history of fight against British rule 1857 , by Maratha saradar king Ranch Anderson jadhav and Dhanaji jadhav under jungvbahadur